Matthew Sweet is a musician, composer, and art collector. He burst onto the music scene in 1991 with his highly acclaimed and popular album Girlfriend. I had the honor of interviewing Mr. Sweet about his career, his music, his fans, art, technology, and his view on life.

Marlene:  What will audiences hear when they come to your concert at The Birchmere in Alexandria, VA? Will you be singing some new material?

For our readers who don’t know about your music, how do you describe your style of music and your career?

That is so hard to describe my music. I describe it as rock music. I grew up listening to The Beatles, The Byrds, and The Beach Boys. I’m from the Midwest, in the heartland. My music is personal and it stems from personal feelings.

As for my career in music, it has lasted a lot longer than I thought it would. I have had some commercial success with two-three records in a row. I’m very lucky.

What do you like about performing at the Birchmere and in DC?

I remember the HFS radio in DC. It was more independent. HFS played a lot of music from college radio. Nowadays radio is more pop and hip-hop.

What are you working on now?

I’m working on a 1980s cover record, with The Bangles’ Susannah Hoffs, which is out in November. We did a 1970s cover record together too. We are doing a Kickstarter for the new album.

My wife and I collected art from 1960s, mainly by Margaret Keane, which is known as the “Big Eye” paintings. At the time we started to collect them they were so weird.

Margaret Keane worked alongside her husband Walter, but Margaret did all the work.  Walter, the husband didn’t paint, but claimed he was more famous. His wife breaks free, divorces him, and takes him to court for her rights. She wins.

We’ve worked with screenwriters and movie director Tim Burton on a movie about these paintings, starring Amy Adams. We’ve been involved as consultants the last couple of months in Toronto. It’s a fantastical story. It is a low budget movie, funded by the Weinsteins. I’m a huge fan of Tim Burton’s Ed Wood movie.

What are you listening to these days? Which new artists remind you of yourself and whose music do you enjoy?

I am listening to nothing new. This question about which new artists remind me of myself is hard to answer. I don’t listen to other stuff when I’m working on my music.

When did you decide you wanted to make music your career? What is your earliest memory of performing in front of an audience?

I was pretty young when I decided I wanted to make music my career. I started playing bass guitar in the fifth grade. When I was 13 or 14 I decided I can do something in music, maybe a session bass player! (laughing)

I was deathly stage shy, but I don’t have that now.  I have horrifying memories performing when I was younger. I remember having to do a duet with Jackie Heiny and we sang “Happy Trails to You” with the stage choir. I wanted to hide out. I was a fraidy cat.

How have you adapted to the changing musical technology with the Internet, Pandora, etc. And how has it been used and incorporated in your recent recordings and concerts?

The greatest thing about new technology is making high qualities recordings at home. I love technology! I feel lucky to do good recordings on my own. I now have my foot in engineering and recordings thanks to technology. 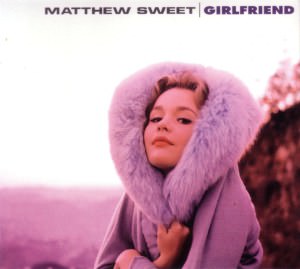 I don’t have go to the studio to do my recordings now so no more studio costs. I don’t have to burn cds and it is less physical labor now to do a recording.

I do love my old tape recorders, but I look forward to more technology in the future.

It is impossible to forget when there was no Internet. Music was found out about via word of mouth and magazines. The Internet has changed everything with regards to music. I appreciate the past, but I don’t miss how everything was.

What inspires you to continue writing?

I love having human feelings, certain feelings with strong emotions. I need to be alone when I write. I write about feelings about being alive. It’s hard to describe my writing.

Why do you enjoy performing?

It is really awesome to see people at my concerts who care about my music. I love the vibe I get off of people who are attached to my music and my performance.

I feel fine about playing my hits like “Girlfriend.”

What advice would you give a young musician/performer who is considering music as his/her career?

Do it because you love music and not for fame. It is very hard to make music a career and everyone is a human being with feelings and a career in music can wear you down.  You should want to have a music career because all you want to do is music. It can be a Garden of Eden.

What’s the nicest thing a fan has ever done for you?

That’s hard to answer too. The nicest thing a fan can do is care about my music and the nice things they say about it. I’m awkward on praise. I’m divorced from the praise and focus on the enjoyment I get from playing and the audience gets from my playing.

How do you want to be remembered?

As a songwriter, I want to be remembered of having real feelings in my songs. I guess my DNA will be remembered, as that is the best way to store information. We could store CDs on a strand of DNA. We could re-encode and then play the DNA. Maybe they could store my music or DNA in some time capsule?