Concluding the season with a newly created work, Baltimore Annex Theater presents Argonne, a production written and directed by Kaitlin Murphy and Evan Moritz. Set in an undisclosed futuristic society where there hasn’t been rain in over a decade, the struggles of a family come to light in parallel to that of various wildlife species. The story utilizes a unique combination of projections, video, and puppetry as well as live actors to tell the tale; an edgy approach to live theatre that is worth investigating.

While the overarching plot of the story is muddled, particularly with the various jarring jumps in time, space, and plot points, the concepts being covered are supported by an important message. Murphy and Moritz have a lot occurring in the play, at times too much for anything to really gain proper focus in the short running time of the show. There’s the story of Arsinoe and her dying father, the rainless existence with the reforestation initiative, the love triangle between the father, the teacher and the teacher’s husband, talking animals who deal with the plight and plague of drought, the notion of the brown-headed cowbird’s parasitic life cycle, and vague inspirations coming from the messenger pigeons of the Battle of Argonne. While the intentions are good; bringing all of these things together in one production, there are just too many things happening at once without enough explanation and happening too quickly for the short duration of the play. Moritz and Murphy’s work would be better served by fleshing out their storylines and ideas into a longer, full-length production.

That being said the design work is fascinating, albeit executed at times with slightly less finesse than is required. Kaitlin Murphy, doubling as the Set, Projections, and Puppet Designer for the show, puts her creativity into practice and gives the audience a myriad of scenes using nothing more than framed white scrims and brilliantly bright projections. Murphy’s use of shadow-play on these projections allows for moving animals, like birds and deer, to exist in the woods and roadside in a rather surreal manner, as if you’re only catching a glimpse of their existence rather than their existence in its entirity.

Murphy’s puppet designs are impressive, from the full-armed deer (manned and voiced by Kelvin Pittman) to the smaller Crow (manned and voiced by David Crandall). Both of these puppets are lively and yet disjointed enough to draw the parallels between the way their lives have become affected in this futuristic dystopian society. Pittman brings a mythical essence to the character using a slightly higher pitched voice with a hint of proper English in his accent. It’s reminiscent of the creatures found in Narnia wood; assisting when able in the affairs of humans while ultimately being self-serving.

Arsinoe (Lizz King) is the confused youth that acts as the play’s main focus. She draws the connecting points across the multiple plot lines, uniting the stories of everyone, including the animals in the forest. King approaches the character with a timid youthfulness that speaks volumes of the child’s repressed and uncertain life, even her physicality is crumpled and defeated, especially when being approached by authority figures. Her Father (Dave Iden) holds an opposing physicality, despite his debilitating disease. Iden balances his performance with the appropriate amounts of coughs and starts in his speech, letting us know he’s sick without overdoing it.

The performer of note, however, is Gina Denton. Credited only as ‘Turtle Lady’ though appearing in other places throughout the production, Denton becomes a quirky character that is just trying to eek out an existence in the dysfunctional world in which they live. Her mannerisms and vocal patterns are a testament to her character’s eccentricity, and she is a compelling and engaging performer that really draws the audience into her story.

Despite it’s confusing plot, the message in Argonne s an impressive one, and this burgeoning company is well-worth paying a visit to. I look forward to their future productions. 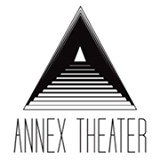 Argonne plays through September 8, 2013 at Baltimore Annex Theater at Station North Chicken Box— West North Avenue, in Baltimore, MD. Tickets can be purchased at the door, or in advance online.