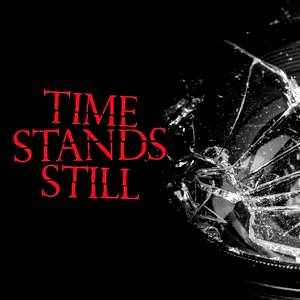 This witty and insightful drama from Pulitzer Prize-winning playwright Donald Margulies follows a war-torn photojournalist and her foreign-correspondent lover as they search for happiness in a world gone crazy. Brought together by a shared passion for telling the toughest stories and, together, making a difference, their own story takes a sudden turn when the tides of war thrust them homeward and into a more conventional life, making their future all too uncertain.

The 2010 Broadway hit, starring Laura Linney and Brian d’Arcy James, was nominated for a Tony Award for Best Play, while Linney garnered the Best Performance by a Leading Actress nomination. The New York Times said it “crackles with bright wit and intelligence. The range of feeling Time Stands Still explores is wide and deep.”

Director Jessie Roberts says “There are so many levels, themes and angles, if you will, to continue the photographic tenor of the play, to Time Stands Still. The playwright, Donald Margulies, explores love and friendship against a backdrop of the moral dilemma of journalists and photojournalists who record wars, famines, and genocides without intervening to affect the outcome of what they are reporting. The result is a play that will have the audience thinking, empathizing and even laughing as the characters move through the intricacies of their lives.” 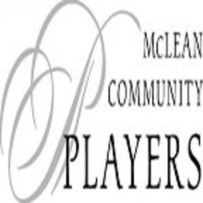 The McLean Community Players, based in McLean, VA., celebrates both the musical and dramatic theater traditions. Putting up four shows a year, two musicals and two plays, MCP is committed to doing theater for the community, in the community, with the community, and sustained by the community.