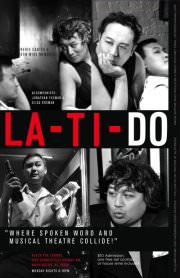 La-Ti-Do presents:
The Musicals of Matt Conner
Produced by La-Ti-Do DC
A part of the weekly La-Ti-Do series from October 7 – 28, 2013

Tickets & Passes:
$20 per ticket available on a first come, first serve basis at the door night on show nights.

A native of Stephens City, VA, Matt Conner has been performing, composing, teaching and music directing in the Washington D.C. Metropolitan area for fifteen years. Matt’s critically acclaimed musical Nevermore was produced at Signature Theater in 2006. His other commissioned works for Signature Theater include: Crossing, inspired by the Underground Railroad will Premiere this Fall 2013, Partial Eclipse, a rock song cycle presented in 2009, and The Hollow, a new work based on The Legend of Sleepy Hollow that opened Signature’s 2011-2012 season as a part of the American Musical Voices Project Award, which Mr. Conner received in 2009. He wrote A Carol Christmas for the GMCW which was produced 2007 in Washington D.C. and was also commissioned by Creative Cauldron to develop Martin: The King of Pizza, an original musical that premiered at ArtSpace Falls Church in 2009, where he also recently adapted Oscar Wilde’s The Selfish Giant into a Children’s Musical featuring his original music.

He has also written Peter Pan and Wendy, Oliver Twist, and Eddie Allan Poe. He just finished writing Night of the Living Dead with book writer Stephen Gregory Smith which was workshopped in 2010 and has been produced the Richmond Shephard Theatre in NY, Kensington Arts Theatre in Kensington, MD as well as at New Line Productions in Saint Louis, MO. Recordings Winter (2010), Snow (2011), Icicle (2012), Baby Conner (2012) and Nocturne (2013). Some of his on stage credits include SIGNATURE: Senator/Rufus in The Best Little Whorehouse in Texas, Male Authority Figure in Hairspray, Manfred/Hogeye in Sunset Boulevard, The Birdseller/Fogg in Sweeney Todd, Windy in Showboat, Thenardier/Montparnasse Les Miserables (2009 Helen Hayes Outstanding Ensemble Award), Aurelio In Kiss of the Spider Woman, Scotty in Merrily We Roll Along , Toby in The Witches of Eastwick, Steward in Into the Woods, John Hinckley in Assassins, Tamate/Lion Dancer in Pacific Overtures, Protean/ Hero U/S in A Funny Thing…Forum and a Cockney in My Fair Lady, Riff in West Side Story (Olney Theatre Center) and The Page of Herodias in Oscar Wilde’s Salome (Synetic Theatre).

Matt holds a BFA in Music Theatre from Shenandoah Conservatory of Music at Shenandoah University. He would like to thank the faculty at Shenandoah for such an amazing experience back home and would like to dedicate the show to all his amazing teachers and mentors here at S.U. Matt is a proud member of the Actors Equity Association.

About La-Ti-Do presents: The Musicals of Matt Conner

In October 2013, the weekly series La-Ti-Do presents the cast of a different musical written by DC theatre star Matt Conner every week. We start with Nevermore on October 7th, Crossing on October 14th, The Hollow on October 21st and Night of the Living Dead on October 28th.

Special guests include Broadway’s Dan Cooney and Flo Lacey along with local Helen Hayes Award nominee and winner Nova Payton and Christopher Sizemore will appear at the series throughout the month. 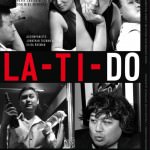 Curated and hosted by Don Michael Mendoza and Regie Cabico, La-Ti-Do DC made its debut to a full house in Washington, DC on January 23, 2012 at The Black Fox Lounge in Dupont Circle.

Since then, it has become Washington, DC’s premiere musical theatre cabaret and spoken word series to serve the DC artistic community on a weekly basis. Most recently the show launched a new chapter in New York City on June 9, 2013 at Duane Park/Bowery Poetry.

Matt Conner on ‘Peter Pan and Wendy’ at Creative Cauldron by Matt Conner. 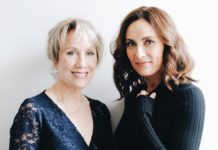 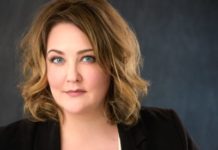 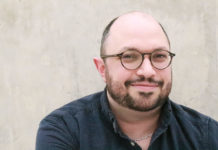