We have all been to Beertown. That’s the feeling you walk away with from dog & pony dc’s devised theater piece Beertown, which is ostensibly about a few residents gathering to vote on things to include in the town’s time capsule. They have layered such an elaborate fictional history within actual American history and endless cultural references until you can’t be sure where the play begins and ends. From the first moments, the audience becomes townspeople participating in this town hall meeting. Beyond their cohesion as an ensemble, one of the main strengths of dog & pony dc is their magical ability to get everyone to play along and take this town we are all suddenly from seriously.

Beertown was already a critical and popular darling at the start of this run. It was the first ensemble-devised show to receive a Helen Hayes Award nomination for Outstanding New Play (2011) and is now headed to New York, but this production is particularly poignant and often painfully ironic given the country’s focus on our legislative process right now. This play is about democracy, America, and what we choose to honor about our history.

One of the company’s “ring leaders” (along with Jon Reynolds and Lorraine Ressegger-Slone) and the show’s director, Rachel Grossman, explained that dog & pony dc wants to re-imagine how people experience theater through works that are created and recreated with the audience. 17 people are credited with creating Beertown. To answer that mission, they have devised an elaborate charade that begins the moment you enter the house with t-shirts, name tags, and a pot luck dessert table, like any important town hall meeting. (Seriously, it’s potluck…many in the audience brought dessert). The actors are in character, mingling, excited about this time capsule that supposedly went in the ground over 100 years ago. Then the Mayor calls the meeting to order – complete with the Pledge of Allegiance, bylaws, oaths, and hymns. Everything down to the program for the evening to the town’s website and blog is in character. By the end, the audience is too – inventing their own personal slice of Beertown history and arguing passionately for their pick for the time capsule. The only breaks come from “points of antecedents” which is sometimes song, sometimes poetry, and sometimes something else altogether to explain the history of this factory town.

As if she didn’t have enough to do, Rachel Grossman also plays MJ Soch, the most fabulous example of a teenager who’s father happens to be the mayor forever. Every moment she’s onstage, you can’t help but watch her and keep from laughing. J. Argyl Plath (Edwin McFarlan) has a great and very dry sense of humor as the ombudsman of the town. Pete Miller (Arthur Whiting) is earnest and fun as a reporter in his raw exchanges with the audience. Jon Reynolds (David Guy) injects the whole production with energy and Elaine Yuko Qualter (Joann Ryals) melds perfectly into her different characters in the antecedents.

Unlike a traditionally scripted drama, it’s obvious these actors have worked to stamp their own brand of funny on their characters. The final three characters have a rotating series of actors in the roles – Wyckham Avery played Karine and, eventually, will play Mayor Megan Soch; Joshua Drew played Mayor Michael Soch and, eventually, will play Rep. Lawrence Pickel-Cooper; and Rebecca Sheir played Rep. Rep. Lawrence Pickel-Cooper – but the ensemble is so strong, it shouldn’t matter who’s playing whom. This is not just improv for the sake of the laugh, but it grows from a deep understanding of these characters and this town.

The design of the production by Colin K. Bills and Ivania Stack is simple, which is perfect for the town hall feeling they are going for. The star of the show is the time capsule and the jar of smoke was particularly great, though it’s clear a lot of thought have gone into all the items.

If you are looking for a hero, a villain, and a chance to sit in a dark theater and watch them battle it out, well you can find that anywhere, but if you want to see something totally unique and unbearably relevant, dog & pony dc’s exploration of democracy in action is innovative, poignant, and hilarious. 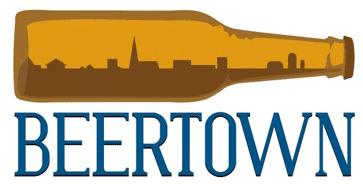