For the next 3 weeks Hosts Ally Jenkins and Lucrezia Blozia (aka Chris Griffin) will be bringing DCMetroTheaterArts readers a special weekly recap video of Hope Operas, and will be interviewing some of the playwrights and performers.

Watch this Recap Video to find out whose charity was the winner in Week #1 of Hope Operas on Monday, October 7, 2013:

Each week, Hope Operas takes you from one hilarious cliffhanger to the next. And each show competes for the crowd’s support to win top dollar for local charities! Not that you would, but don’t worry if you miss a week, at the top of each episode there’s a recap of the show so far. 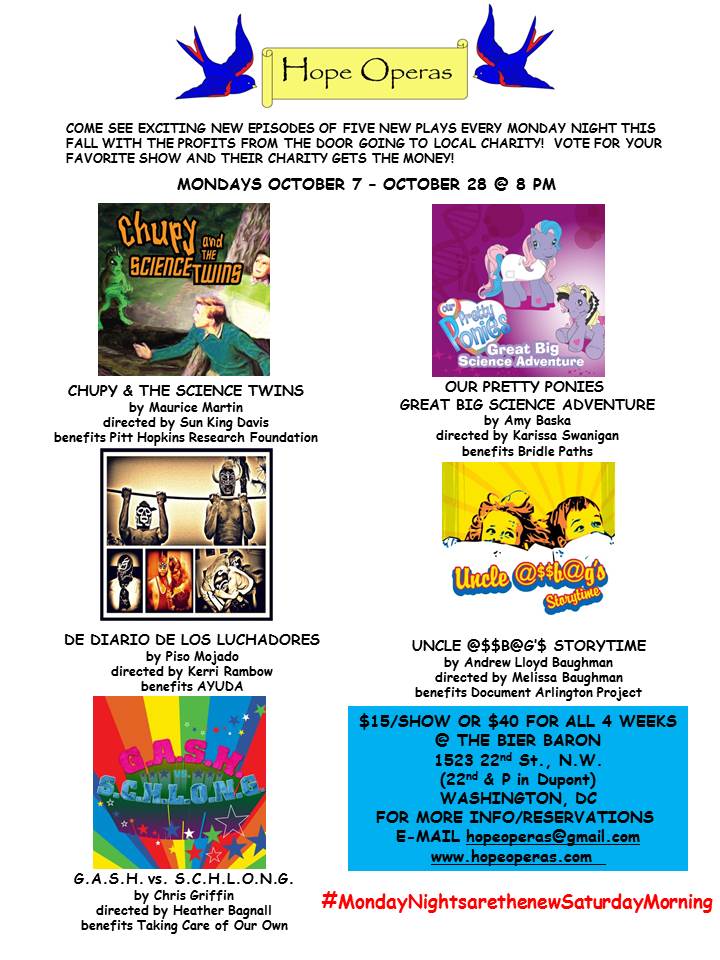