Young Artists of America (YAA) presents Show Boat in Concert on Sunday, November 17, 2013 at 5 PM. The performance will be performed by a 40-member orchestra and a cast of 41 singers from 30 different DC area schools. Lush orchestrations will highlight the operatic elements of the musical’s popular songs like “Make Believe,” “Ol’ Man River” and “You Are Love.” Mentor musicians will include violinist Jody Gatwood, a professor at Catholic University and concertmaster emeritus of the National Philharmonic, and cellist Michael Mermagen, a professor at Catholic University and faculty member at the Aspen Music Festival.

All funds raised during the gala will be directed towards tuition subsidies for all students, regardless of their financial situation, to enable them to participate in YAA programs throughout the year. Eliot Pfanstiehl, CEO of The Music Center at Strathmore, will act as Master of Ceremonies for the evening. 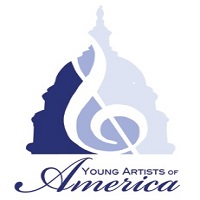 “YAA is the first known program of its kind in the nation to bring together high school student instrumentalists and singers to collaborate on vocal-orchestral repertoire, and specifically opera. Over the past two seasons, we’ve performed fully orchestrated excerpts from over 20 musical theatre and opera scores. It’s been so thrilling to build a program of this caliber right here in Montgomery County, MD where my brother and YAA Music Director Kris and I grew up, and where we continue to live and raise our families,” said Rolando Sanz, Artistic Director of YAA.

Nostalgic ‘Meet Me in St. Louis’ charms at Riverside Center for the Performing Arts