If you’re a Fury, you’ve dedicated your entire immortal life to upholding the principle of a slit throat for a slit throat. When a young man walks into hell seeking help to kill his mother, the order of the universe hangs in the balance. What happens when empathy interferes with your best judgment of right and wrong? 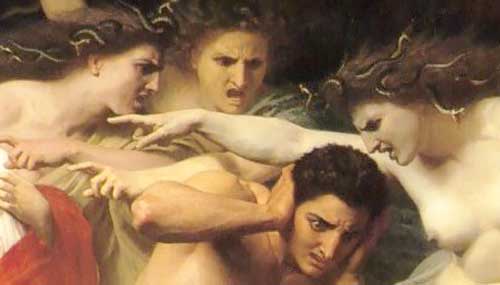 No, this isn’t the start of a new reality series, it’s the premise of a wonderful new play by award-winning playwright Carol Lashof and the latest project by wunderkinds Luke Tudball and Heather Bagnall of Tasty Monster Productions.

Just Deserts’marks the second production in their Staged Reading Playwright Talkback Series, celebrating their two year anniversary with two shows in two weeks from two ends of the country.

It was little less than a year ago Tasty Monster Productions Co-Founder Heather Bagnall first encountered the words of California based playwright Carol Lashof. “I was directing a staged reading for SWAN Day (Support Women Artists Now) and was given a wonderful short entitled, ‘After the Prologue’, an amusing re-envisioning of the Wife of Bath, and I absolutely fell in love with it. The story, the language and that satirical sense of irony.”

“We kind of couldn’t believe our fortune. Here was a playwright whom we really admired as a writer and as a woman,” notes Director Luke Tudball.  “And this play in its sardonically humorous exploration of revenge, justice and transformation just felt spot on perfect for our anniversary celebration. We were so intimidated by Ms. Lashof, being such a fledgling company, but this whole experience has been exhilarating on all sides. We are beside ourselves with excitement (and a little terrified) that our playwright who has been working with us from afar since the beginning, is actually coming in from the west coast for the reading. The timing couldn’t have worked out better.”

Though the story is based on Greek legend, this is a parable whose themes still resonate today and whose subject matter, re-envisioning a classic story for a modern aesthetic is a perfect pairing with Tasty Monster Productions, whose mandate  is to produce new or re-envisioned works to a broad audience.

If you’re looking for something a little different head on down to the Corner Store Arts Center and stick around for the incredible opportunity to meet and speak with Ms. Lashof. 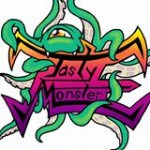