Welcome to the conversation and The Playwright’s Playground, an in-depth conversation with female playwrights in the D.C. theatre community. Female theatre artists make up more than 50 percent of those involved in the theatre, yet the number of female playwrights being produced is dramatically lower. In this continuing Interview Series, I’ll introduce DCMTA readers to the many talented playwrights in the DMV area to learn about their writing process, their inspirations, and the motivations and struggles to write and produce their art. 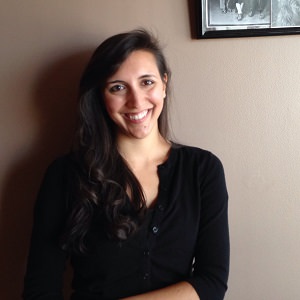 Selected from more than 500 nationwide submissions, Molly Hagan’s play The Wild Ones is one of the six ten-minute plays featured under the Quests theme in this year’s Source Festival 2014.

This New York City playwright and journalist, is a 2012 graduate of Ohio University and the 2011 winner of the Steinberg National Student Playwriting Award for her The Swing of the Sea as part of the Kennedy Center American College Theater Festival’s The Michael Kanin Playwriting Awards program.

This is a personal preference, but I don’t like authorial voice. I don’t like to see a writer jumping in to guide her story. In life, we never say the most clever thing, or come up with the most poetic metaphor.I write plays because I like the way people talk. And as for why I write at all? I ask myself that everyday.

How disciplined are you about your writing process?

I realized that putting in time—painful, agonizing, boring, time writing things that I know are not my best—is far more important than any one ritual. To be a bit cynical about it: the ritual is being disappointed a lot of the time, like I know I can write better than this. But I’ve found that my strongest stuff exists because the 84 things before it didn’t work.

Does writing plays or working at your artistic endeavor pay the bills, or do you work another job to make ends meet?

I write for a magazine called Current Biography and occasionally take on other freelance projects, like book reviews. It’s incredibly frustrating and incredibly rewarding. I get to work from home, so I have the luxury of having some control of my schedule. To jump off the last question, I try to arrange the two things together. But as far as discipline goes, I’m learning. Even if I know I’ll be writing a biography all day (and all night), I keep a Word doc open to take notes as I come across things that I can relate to writing or an idea I’m working on.

When did you consider yourself a professional playwright, or do you?

I don’t support myself writing plays though I make some money from them.  I think that money is probably a practical metric, but the industry isn’t exactly conducive to that. I know of very few playwrights who survive on playwriting alone. Ultimately, I think it would be wiser to say that I began to think of myself as a professional playwright when I began arranging my life around my writing.

What are the plot, themes, and characters of your play this year’s Source Festival 2014?

My play in the Source Festival is called The Wild Ones. It’s about a couple, Meg and Joe, who agrees to a completely insane and irrevocable transformation—hoping it will change the quality of their lives. It’s about hardship and the slog of day-to-day existence, but also the wild hope that changing something about yourself will change who you are.

What do you like most about this script and how did you come up with the idea for it?

I work hard to give my writing some kind of internal motor so that it doesn’t stall, so that it’s always moving toward the last line -and I feel like The Wild Ones is a success in that respect.

I wrote the script for a company called New York Madness in 2013.  Playwrights are given a prompt – in this case, the prompt was “Time and Space” – and a week to write and rehearse a short piece. The plays are then performed a week later, script in hand. (The idea actually comes from a class at Ohio University.) I didn’t really think about “time and space” when I wrote it. I actually thought a lot about the Greek myth of Cadmus and Harmonia, whose lives are so terrible that they turn themselves into snakes.

What has been your biggest challenge with The Wild Ones?

The biggest challenge was deciding how I wanted to present the fantastical aspect of the story, while still maintaining an understated tone—and then conveying that in the stage directions.

What was the time period between conception to completion?

It was very quick. I conceptualized the plot in my head in about an evening and then sat down and wrote it the next morning.  I think I may have added a line, but other than that, it hasn’t changed. But! I think of the play as a coming together of things that I have been thinking about for literally months prior to that.  Like tidbits from Rebecca West’s book Black Lamb and Grey Falcon, which I spent the summer reading.

Do you have a history with the Source Festival and what has been your participation with the production that we’ll see this year?

Yes! I love the Source Festival. I had a ten-minute play in the festival last year called Pioneers. It was such a great experience—mostly thanks to my incredible director, Joel David Santner, and cast, Kathleen Cole Burke and Logan Sutherland.

I wasn’t in the room for rehearsals, but my director Mark Kamie and the dramaturg for the “Quest” series of ten-minute plays, Kathryn Coughlin, were both really great about reaching out and giving me a say in the whole process. I really felt like we were all on the same wavelength, which, as a playwright, is the best feeling.

What is your all-time favorite play? And, what favorite living female playwrights do you recommend to others or would like to see performed in the DC area?

Caryl Churchill’s Top Girls. It’s complex but it has a point of view; it’s political but it’s not didactic. It’s a play I can see over and over again, and if I were an actor, I would definitely have my eye on Dull Gret, the character from the Breughel painting.

Also, just in terms of how she sees the world and how she captures language, I would say Anna Deavere Smith. The woman is a genius. That being said, neither of those women needs any plugs from me. Here is a play that I love that someone in DC should do: Susan and the Scissor Women by Shayanna Jacobs.

Let me get on my soapbox for a second. There aren’t enough dark children’s plays in the world – plays that truly capture how terrifying it is to be young and figuring how the world works. Where are the Roald Dahls of playwriting? I don’t know, but I love Shayanna’s work, particularly this play, which reminds me of an Edward Gorey drawing come to life.  Also, it’s a musical.

How have you been able to get your work produced? What is the biggest struggle getting your work read and performed?

I’ve been pretty lucky in terms of having relationships that allow me to have my work read and performed. I’m forever indebted to Mark Wade, the head of the theater program at Arcadia University in Philadelphia, who I met through The Kennedy Center American College Theater Festival (KCACTF). Mark first produced my full-length play, The Swing of the Sea, at Arcadia. Without him, it wouldn’t have been seen or won any awards, and it certainly would not have been published when it was.

All of that being said, there are about a thousand problems with the way playwrights move “up” through the world. As I said before, I think the future of theater is in small indie companies – like the 13P model, or Young Jean Lee. As playwrights we rarely ask ourselves, What do I want my life to look like?  We put our careers at the whim of this larger mechanism—and we’re so excited about it! As if being produced at a particular theater—or a much worse but no less coveted metric, being read at a particular theater—were what we had wanted all along.

Theater is so ripe for change. You have hoards of disillusioned (largely female) writers and thousands of would-be theatergoers who can’t afford a Broadway or even Off-Broadway ticket. Listen: you won’t find a self-published book on the New York Times bestseller list, but you can sell out a self-produced play. When we say things like, “Oh my play was produced, but it’s not like it was at Arena Stage or anything” – what are we really saying?  When we talk about a hierarchy of theaters, what we’re really talking about is a hierarchy of audience.

Who inspires you and what project are you currently working?

People who make me think about writing plays in a different way: Joan Didion, George Orwell, Virginia Woolf, the artist, Robert Irwin and Kanye West. I just read the collected lectures of the poet Mary Ruefle (it’s called Madness, Rack and Honey) and it blew my mind.

I’m working on a collection of interlocking short plays and something about the history of the neighborhood we live in, in Queens. My play, The Swing of the Sea, recently came out through Samuel French.

What are your thoughts about the disproportionate number of female playwrights consistently being programmed by theatre companies?

I think it’s telling that women are getting development opportunities, but not getting produced in nearly the same numbers.  I don’t want to be a part of system that is setting me up to fail.

Let’s say you worked a low-level job for a major corporation. You love your job, but you make next to nothing, your superiors don’t respect you and your chances of promotion are somewhere in the ballpark of 1 in 500. Would you stay and just hope that your company changed its mission statement?  Would you tell yourself, well, I think I’m pretty great, maybe if I just hang around for awhile, I’ll get a meeting with the CEO and he’ll think I’m pretty great too. Or would you leave and try to do your job elsewhere, on your own terms?

I think it’s a choice that female playwrights have to make. Women – and everyone else who has been given the run-around by the powers that be – we should be setting up our own companies and, I think just as crucially, finding our own audiences.

LINKS
The Playwright’s Playground: SOURCE Festival 2014 – Interview with Playwright A.K. Forbes on Her Play: ‘Collateral Damage and Other Cosmic Consequences.’

The Playwright’s Playground: SOURCE Festival 2014 – Interview With CJ Ehrlich on Her Play ‘Picnic on the Lake’

The Playwright’s Playground: SOURCE Festival 2014 – Interview with Playwright Susan Goodell on Her Play: ‘After Unlocking the Universe.’