The second star to the right is shining in the light of the Baltimore moon this summer as Cockpit in Court kicks off its main stage season with Peter Pan. Directed by Diane Smith with Musical Direction provided by R. Christopher Rose, this fabulous family classic will enchant children of all ages and helps the world of theatergoers everywhere find the strength to believe in magic and so much more. With real flying characters this is a must-see for the family this summer.

Creating a fantastical set with whimsy abound, Set Designer G. Maurice “Moe” Conn brings the familiar children’s tale to vibrant life in his design work. The Darling Nursery is as its namesake implies with a pink duvet and bed-dressings for Wendy and blue ones for Michael and John. Lighting Designer Ed Lake lends a hand to the night sky backdrop so that when the Darling children fly away with Peter into the London night the stars fill the background of the nursery with ease and majesty. Conn creates wonderfully inventive backdrops and scenery for the scenes in Neverland, though he may have his children’s literary classics a bit confused as there are enormous mushrooms populating the main set, just a bit more suited for Alice’s Wonderland.

Costume Coordinator Sharon Byrd has no small task at hand when it comes to outfitting a cast of forty in the various styles of Indians, Pirates, and Lost Boys. Byrd rises to the challenge and crows like Peter Pan in success when it comes to keeping each group of characters looking fabulous. The fringes and feathers for the Indian costumes give a hint of authenticity to the look while the pirates are sorted out in a hodgepodge of things that look— for a lack of a better word— piratey. Byrd creates the illusion of orphan boys gone savage with the distressed and patchwork clothing of the Lost Boys, complete with furry animal hats, a tributary nod to the Disney animated film.

One might not expect intense dancing in Peter Pan as it is a musical that revolves primarily around flying, but Choreographer Amanda Dickson sets the record straight with the intense amount of dance routines she works into the production. Dickson’s work is exceptional and near flawless for the routines featured during “Indian Dance” and “Ugh-A-Wug” both numbers that feature the Indians with Princess Tiger Lily in the lead. The sharp precision executed during these two numbers alone is on a professional level; the spectacle of these two big dance numbers is astounding and mesmerizing.

The performance features a hearty ensemble, over 30 performers creating pirates, Indians, and lost boys. Their sound is strong, particularly when the lost boys join Peter for “I Won’t Grow Up.” Director Diane Smith gets creative with the staging and the blocking so that there is never a crowding issue upon the stage with this large of an ensemble. Keep an eye out for Nana (Kristen Cooley) who may not make it to Neverland, but definitely grabs the audience’s attention as the most amusing animal in the group.

Tiger Lily (Amanda Dickson) is an exceptionally spirited dancer. With a brilliant smile and edgy personality that radiates through her limited speaking lines, Dickson leads the Indian tribe to a great deal of fun and excitement throughout the performance. Dickson’s dancing abilities are showcased during the two big Indian numbers— “The Indian Dance” and “Ugh-a-Wug” both routines giving the audience a chance to see her refined format and sharply honed dancer’s technique.

The Darling boys, John (Brett Klock) and Michael (Samuel A. Richards) are quite their namesake as well, even if Klock’s older character puts on posh airs from time to time and Richards’ younger character is a bit petulant every now and again. The pair of young performers play well off each other, true brotherly bonds forming between them despite the characters’ natural age gap. Richards gets into an uproarious scene with Mr. Darling (Jim Knost) over who is meant to be taking their medicine; the whole bit is quite a good chuckle, proving that even the stuffiest of parents can quite often be juvenile even at the best of times.

Wendy Darling (Amanda Murray) has a delicate songbird voice that is perfect for telling stories. Her natural maternal nature eases through her character and radiates out in the form of tender affections to her brothers, Peter and the lost boys. “Distant Melody” a trio featuring Murray, Peter Pan and Liza (Nicole McClellan Smith) is a bittersweet recollecting lullaby that showcases the lofty yet clear pitches of Murray’s voice. “Tender Shepherd” is another good example of her melodic abilities. Murray even carries off a proper English accent for her character, never faltering with it not even in Neverland or when she becomes overwhelmed with the excitement of flying.

Jim Knost, playing first Mr. Darling and later Captain Hook, gives an unfortunately monotone performance. While his bland milquetoast portrayal is perfectly suitable for the annoyed father in the Darling nursery, there has to be a shift in character in order to become Hook. Knost’s interpretation of Hook lacks humor, ferocity, and all things of the pirate nature. To his credit, however, he has a stunning operatic sound so that when Hook is singing during “Hook’s Waltz” and “Hook’s Tarantella” there is a bold and robust sound exuding forth.

As for Peter Pan (Jessica Preactor) the youthfully exuberant boy who refuses to grow up flies through the show defying expectations of a community theatre. Preactor has a powerful and well-trained voice that gives numbers like “I Gotta Crow” and “I Won’t Grow Up” a real vibrancy. Balancing this impressive sound with the bratty and rascally childlike sound of a stubborn but clever boy, Preactor creates a loveable, albeit ornery, magic boy that the audience falls easily in love with. Singing “Neverland” Preactor gives vivid but genuine descriptions, true belief of such a wondrous place in her voice. Creating the perfect hybrid of fun-loving and fancy-free, Preactor is an honest wonder; a marvelous delight in the title role. 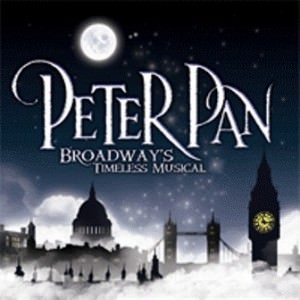 Clap your hands, think happy thoughts— thoughts of coming to see Peter Pan at Cockpit in Court— and before you know it you’ll be flying on your way to Neverland!

Peter Pan plays through June 29, 2014 at Cockpit in Court— on the main stage of the Theatre Building of the Community of College of Baltimore County Essex Campus-7201 Rossville Boulevard, in Rosedale, MD. For tickets, call the box office at (443) 840-2787, or at the door.