Sharon: How did you find the story of Gait City?

Christina: I found the story of Gait City when I created it. Gait City is the story of a fictitious place that was inspired by research I did about Oregon and Seattle and the stories of what happened, particularly to people of color, and more specifically – black people – in the Pacific Northwest region.

In the last couple of years, I’ve been constructing cities and narratives from scratch. Often those cities are created from actual events that happened from different time periods. 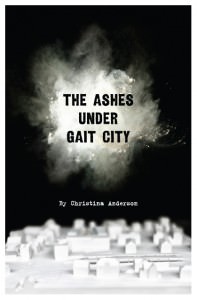 What inspired you to combine exclusionary laws and cult behavior in The Ashes Under Gait City?

I’ve always been interested in cults. When I was in fifth grade, I remember watching a Jonestown biography on TV that totally freaked me out. I was only 10 years old and got such an eerie feeling whenever I heard the voice of Jim Jones hovering over this group of people. I never lost the essence of that feeling, so I’ve always wanted to write about cults in some capacity.
I also remember that cult in California where members committed suicide and were found with sheets over their heads, all wearing sneakers. If I remember correctly, the members were mostly white people with one person of color and one black person. The conversation, at least in my immediate community, was about, “Who was this black woman?” “Why are black people joining these cults?” So I started doing research on cults and blacks.

When I started writing Gait City I thought it would be interesting to have a black woman – an Internet guru, Simone the Believer — find out that the history of Gait City once included black people and then want to go to Oregon to create a black community. Over the course of the play, this community slowly takes on the essence or eeriness of a cult, however, at the beginning of the play, Simone the Believer is not a cult leader.

Why is she called, “Simone the Believer”?

She is someone who people hire to believe in them because she has this essence and this aura about her. She gives off this essence of taking care of people and instilling in them the confidence to take on different parts of their lives and redefining those parts. She believes in people and their capabilities and gifts.

Is she patterned after Oprah Winfrey?

She’s patterned after Iyanla Vanzant and a little bit of Erykah Badu. Iyanla is a motivational speaker and has her own show on the OWN network. She puts out books and teachings on how to redefine yourself. Erykah is a singer-songwriter, activist and actress.

When I set out to write this play, I knew I didn’t want anyone to say or think the word, “cult.” I set out to write a play where people come together and when they unify, it has the essence of a cult, but no character ever says the word, “cult” or believes that a cult is what they are a part of. When you get swept up into something like this, you don’t think it’s a cult. You just want to be around people who make you feel like a member of a community. I don’t think Simone considers herself a cult leader or wants to have a cult around her. Simone wants to go to Gait City because she discovered this story of black people being pushed out. She considered it an historical injustice and she wants to correct the injustice by starting a black community. She does not set out to be a cult leader.

Jim Jones, the leader of the People’s Temple in Jonestown said that he moved his church to Guyana because it was “a place in a black country where our black members could live in peace.” Is this what Gait City is about?

Yes. Simone wants to go to Gait City to honor black people who were displaced. She is specifically targeting a community of people who feel like they have never had a home they can settle into.

Jim Jones’ son said this about the People’s Temple: “It allowed me as a black man to hold my head up high.”

By the end of this play, are the characters more authentically themselves?

That can be the argument, right? As the writer, I don’t say that these characters are in danger or the situation they are in is troubling. I don’t think any of them think they are in danger, and I don’t think Simone thinks she’s putting them in danger. You aren’t sure what Simone is doing to these people. You aren’t sure who gets roped in when. Hopefully by the end of the play, you don’t know if they’re going to make it, you don’t know if they’re going to implode, but you do know they have committed to this thing and the length of time they can sustain it will be questionable.

This play reminded me of Shirley Jackson’s short story, The Lottery which has been described as “a chilling tale gone mad.” Is this a chilling play gone mad? 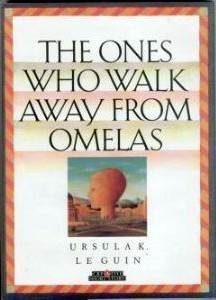 Interesting. The story that comes to mind for me is Ursula K Le Guin’s, The Ones Who Walk Away from Omelas, about a utopian city whose good fortune requires that a single unfortunate child be kept in perpetual filth, darkness and misery. This child somehow keeps the town unified. Is my play a “chilling tale gone mad”? I don’t know. I wrote the play because I was interested in delving into cities and who has the right to claim property and territory and who has the right to live in that space and create community.

The cover story in the June 2014 Atlantic entitled, “The Case for Reparations” by Ta-Nehisi Coates, includes these quotes: “The essence of American racism is disrespect” and, “Liberals today view racism not as an active, distinct evil but as a relative of white poverty and inequality.”

In the play, Simone talks about disregard. When I write about Black-American culture in the 21st century, I realize that the “isms” of the 70’s and 80’s are now more nuanced. “Micro-aggression” is a new term that’s circulating. It isn’t outright aggression or blatant racism that a black person is confronted with daily. It’s little reminders, little jabs like, “otherness” and “repression.” That’s how all the “isms” function today. Very rarely do we use seriously blatant racist language or derogatory slurs. We just say that the person is “on the fringe” or “speaks freely”. These are very subtle, nuanced ways to express disrespect and disregard.

As a white person, was I born racist?

I would like to believe in my heart that no one is. We all have to live in a society where things are presented or marketed to us – we aren’t born to hate. It is what we learn and the different ways we learn it. We all grow up in different ways in different parts of the country and experience different things. I don’t believe that anyone is born racist any more than anyone is born to be angered by racism. There are undoubtedly tons of essays that agree or disagree with me, but I’m more interested as a writer to see how societal practices and influences can affect our lives or the way we talk about certain things or the way we ignore certain things. I’m not so interested in the origins of racism as much as I’m interested in how it affects us whether we know it or not. 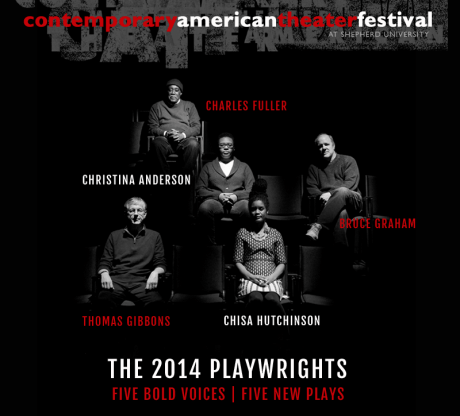 Purchase tickets to this year’s CATF.

Here is this year’s CATF schedule.