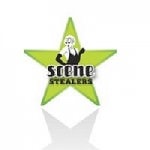 Here are our Top Scene Stealers for the week ending June 28, 2014. Congrats to all our honorees!

“Not to be outdone, are the loveable Timon and Pumbaa, played by Nick Cordileone and Ben Lipitz respectively. They will leave you in stitches with their colorful rendition of “Hakuna Matata.”Anne Vandercook

“7 Layers Captive ends on an uplifting note as Lewis tells of the personal redemption that graced her by faith. Whether or not one leaves the theater believing what Lewis believes, one truly believes her belief. And one cannot but feel awe and reverence at the magnificent veracity in the performance she has shared.” John Stoltenberg.

Tess Marshall, as The Lady of the Lake, singing ‘The Diva’s Lament” in Spamalot at Shenandoah Summer Music Theatre

“Marshall’s wickedly funny performance in “The Diva’s Lament” in Act Two is a powerhouse showcase of comic timing and strong vocals – cementing her reputation as a scene stealer and making her one to watch in the future.” Diane Jackson Schnoor.

“Because apart from the Roadrunner/Wile E. Coyote dynamic, there are genuinely heavy subjects explored here. We see relationships bloom and bust, we see people torn apart by loss, sometimes literally. In the “Oh My Heart” vignette, Robert Bowen Smith thrashes about the stage in a self -destructive display of heartbreak. Disturbing and compelling, Smith makes very literal the all-too-familiar sensation of giving your heart away to the person who once loved you.” Michael Poandl

Roxanne Fournier Stone, as Margaret, in a Scene at Chestnut Hill in Good People at Silver Spring Stage

“[Roxanne Fournier] Stone, as the protagonist, is a stunning performer who truly delivers her character’s story in the rawest and most accessible fashion. The tension that her silences—and often her razor-witted quips—create between her and Mike are so thick that they could be split with a cheese knife. Her emotional delivery during the penultimate scene at Chestnut Hill is shocking and tumultuous and a true reward for the audience that has been captivated by her story up until that point. Stone has a sensational command of her gritty, streetwise Southie character, making her believable and likeable in one fell acting swoop.” Amanda Gunther

“But the main reason not to miss this brief run is Michael Urie’s ebullient and effervescent performance. The play near the end has Alex reflecting on how, just like Barbra, what we all really want is to create our own world. On the face of it, that sentiment is silly; Streisand is mega-wealthy and can afford to be over-the-top acquisitive. Moreover the moment could have been maudlin, a sappy summing up so we leave satisfied we had a “message” along with lotsa laughs. In Urie’s enchanting and sensitive portrayal, however, the moment reaches beyond fun and funny to what has been incrementally moving us all along: our own emotional entrée into a wonderful world created by Urie.” John Stoltenberg