Already in rehearsal for over a month, the news hit home very hard.  A teacher at a local school accused of impropriety. The very issue at the core of Malevolence once again saturating the news. Unfortunately, Fairfax County is no stranger to this kind of news. However, this time, two cast members had worked with this teacher and I teach at a middle school that feeds into the high school, so many of my students have worked with this teacher. 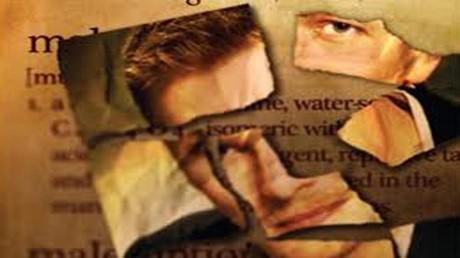 Is he guilty? Is he innocent? Does it matter?

That’s the tag line of Malevolence. It’s also the attitude with which the news has been reported. At best. At worst, the tone has been, “This guy is so guilty.” One news source actually identified the suspect’s home block.

That’s one of the sad truths addressed in Malevolence; a play that is even more relevant now than ever.

Inspired by other events (and not this more recent occurrence), Malevolence is about the power of rumour, the truth of perception, and how the past is never truly past. In the play, a well-liked and well-respected teacher who is arrested on an allegation of misconduct. As his life spirals out of control, he is left questioning why. Or maybe he did something inappropriate, after all.

Malevolence stars King’s Players veterans Mitch Irzinski, Jacinda Bronaugh, Nikki Gerber, Jane Gibbins-Harding, Brittany Morgan, Kimberly Pyle, and Conor Terry is the Stage Manager. This is King’s Players’ third production, following In the Company of de Sade and Mme. Macbeth. This is our first show using projections and those projections have become an integral part of the show. Trusting technology is scary but we’re doing it, anyway.

We have air conditioning!

There are 5 Shows Only: