Song of Myself: The Whitman Project, a One-Man Show that Contains Multitudes

I’ve had a love affair with poetry that reaches back over 40 years, years before my career as an educator and theatre artist. In fact, I first got into theatre with the idea of performing Lost Son by poet Theodore Roethke. 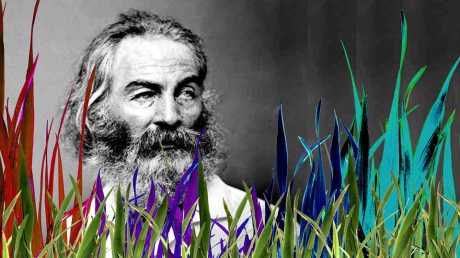 My newest affair is with filmmaking, however, as a performer, director and creator. That’s why when I was wrestling with the conundrum of how to reveal the essence of Whitman’s Song of Myself–our individual identities as an empathetic experience of everyone around us–I turned to film as a vehicle.

I went back and forth between Song of Myself as an ensemble piece or as a solo show. The empathetic angle begged for the solo; the collective result demanded an ensemble. The solution: a short film with a “cast of thousands.”

Near the end of the poem Whitman penned the line: “I contain multitudes.” I took that section of the poem and scripted it for a cast of 60+ people.

“Whitman’s landscape of America is deeply personal,” emphasized Elizabeth Bruce, the film’s casting director. “So, in the spirit of that intimacy we drew from The Performing Knowledge Project’s own dynamic creative community.”

Artists, activists, community organizers, language teachers, senior citizens, yoga instructors, first graders, architects, IT specialists, lawyers, jewelry makers, high schoolers, writers, and a bevy of poets make up the ensemble of Song of Myself. Plus, there are more than a dozen different languages spoken, creating the tapestry that is contemporary Washington.

As a result, I Contain Multitudes (a short film in two parts) was born.

Young DC filmmaker Chad Lawrence worked on the film as well as the interdisciplinary piece’s other montages. Original music by DC musician John McGrath compliments and unifies each line in the collective voice of the film.

Historical photographs by a collection of artists, contemporary photographs by Francisco Rosario, original flute compositions by Matt “SwampGuinee” Miller and contemporary adaptations of musical classics by Doug Fraser round out the interdisciplinary nature of this world premiere performance.