Out-Side the Box Theatre is thrilled to present its fourth staged production in this year’s Capital Fringe: As We Are, by Larry E. Blossom. Each Blossom play seeks to explore a weighty subject, relevant to present-day audiences, and elicit dialogue on its real-life significance. A Family Reunion (2011) examined the impact of human trafficking on an American family,  The Waiter (2012) portrayed a chilling story of an adolescent suffering from posttraumatic stress disorder, and last year’s Capital Fringe production of Larry E. Blossom (2013) explored a mother’s fears of her son becoming the next mass shooter, and the struggle to keep a family together. In As We Are, three estranged siblings, Vince, Mallory, and Asher Johnson, are forced to reunite for their father’s funeral. Back in their small home town for the first time in years, buried wounds, and grudges resurface, including the gay-bashing incident that has haunted them for years. 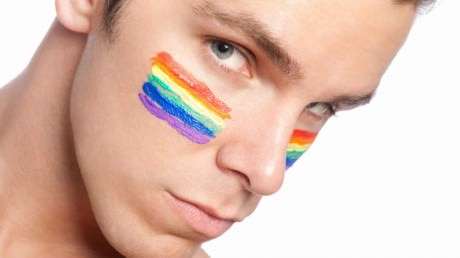 Though As We Are brings up a wide range of issues (intolerance, sibling rivalry, and the dynamics of a small community, being just a few), it remains grounded in the hearts of its characters. Blossom jumps between past and present, effectively blending the lines between truth and lies, youth and adulthood, victim and perpetrator. As playwright, Blossom refrains from passing absolute judgment on any one character, which welcomes the audience to draw their own conclusions. Sometimes funny, sometimes heartbreaking, and always truthful, As We Are explores how, for better or for worse, mistaken beliefs and misunderstandings can shape the direction of our lives, and asks, where do we go from here? Co-directed by Suzanne Knapik and Larry Blossom, this production features the talents of Rachel Caywood, Christopher Harris, Patrick Joy, Suzanne Knapik, Peter Markey, Roger Nawrocki, Ned Read, Isidora Sasser, and George Tamerlani.
As a company, Out-Side the Box Theatre believes in the power of theatre to engage people into thinking, talking, and ultimately, into taking action. Please accompany us on this journey, and share your perspectives (or just say hi!) via facebook and twitter (@osbtheatre).
Mountain at Mount Vernon Place United Methodist Church-900 Massachusetts Ave., NW, in Washington, DC,July 11th at 6:15 pm
July 18th at 6:00 pm
July 20th at 8:30 pm
July 23rd at 9:45 PM
July 27th at 2:25 PM