Welcome to the savage world of moviemaking where success-hungry humans, snarl and growl at each other like dogs fighting for a bone. Welcome to Hollywood, as experienced first-hand by John Patrick Shanley, a Pulitzer Prize Award-winning American playwright and a theatre and film director, whose sojourn as a Hollywood player took him to the highs of success (an Oscar for Moonstruck’s script) and the lows of defeat (a box office flop called Joe Versus the Volcano, which he wrote and directed). 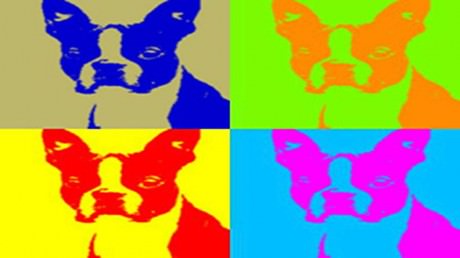 Just like starved and desperate canines, running on instinct and greed, the four characters, the producer Bradley (Greg Mangiapane), the screenwriter Victor (Dylan Knewstub), and two actresses (Collette and Brenda) played by Maria Raquel Ott and Anne Vandercook, fight for the biggest and juiciest stake in their movie project (the bone). The desire to dominate turns most of them into backstabbing, manipulating and ruthless beasts.

No wonder why the four characters are not seen together until the final scene – they lie, betray, plot and gossip in pairs. Young and fame-obsessed Brenda wants Collette out of the film; accomplished stage actress Collette is desperate to play the lead; Bradley would do anything to top-up the budget, while inexperienced Victor seeks comfort in the bottle to cope with the pressure and his mother’s death. All of this drama is delivered in the bluntest language possible – no place for doubts as to who wants what, when and why. Heavy swearing, name calling, nasty remarks, explicit sexual language, you name it – it is all there, with the theme of the producer’s painful and embarrassing rectal condition lurking in every scene, to top it all off.

The power of Shanley’s successful dark comedy (written in 1993 and set in New York) largely lies in the fact that it is based on personal observations. “I didn’t sit down to write a satire. I sat down to write my own personal experience. (All) of what those characters say and do, I heard and saw over and over again. This is what was said to me and, in a moment of rancor, what I recalled,” said the playwright when interviewed by Patrick Pacheco of LA Times in November 1993. “The producer should recognize himself”, he added, “There aren’t that many (…) who screwed me out of $25,000 and who also have rectal problems.” And now we have the source of Shanley’s cynicism and motivation for writing a biting commentary on the narcissistic world of film making.

First time Capital Fringe Festival director Kevin Sockwell, who brings a wealth of experience to the production with some 80 shows under his belt, has been quoted commenting on how bold and bare Shanley’s text is with characters and how important it was to let the actors know not to look for subtexts which did not exist. Calling the play the “mixture of drama and comedy” moving along quickly, Sockwell makes sure that it does. Patty Reeber, in charge of ASM/Props, Jim Robertson (Lighting Consultant), and David Jung (Stage Manager), ensure that four scenes flow seamlessly and set changes are made quickly while the lights are dimmed and music played. The producer’s office becomes a restaurant, the restaurant a trailer, using only two desks, few chairs and a number of props.

The simple set comes alive with the characters – their colorful language, twisted personalities and witty dialogues. Talented Maria Raquel Ott impresses as a decadent and ruthless theatre actress pining for a film career, her lack of class accentuated by a broad New Jersey accent. In her bright pink robe, leopard print slippers and huge sunglasses she could be taken for the character of Nanny, played by Fran Drescher.

Anne Vandercook generates many laughs with her impersonation of neurotic, lying, and conniving actress resorting to new age tactics to help her on the way to fame. It’s worth the trip just to see and hear her chant – a highly unique, disturbing sound – obnoxious and funny at the same time. Greg Mangiapane, also well cast, perfectly completes the corrupt brash and uncompromising trio. In comparison, the baby-faced Victor (Dylan Knewstub) seems harmless and confused…until he comes to terms with his mother’s death.

Anne Vandercook and Maria Raquel Ott created Pumpernickel Productions in the summer of 2013 ,“with the goal to bring fun, interesting shows to the DC area” and in keeping with their goal, have chosen Four Dogs and a Bone as their first production. Judging by the amount of laughter generated tonight, Kevin Sockwell’s modest hopes for “a laugh or two” as expressed in the Director’s Note, have not only been realized but overwhelmingly exceeded.

Running Time: Approximately one hour and 45 minutes, without an intermission.

The Pumpernickel Productions’ performance of The Four Dogs and a Bone plays through July 22, 2014 at Gearbox – 1021 7th Street, NW, 3rd floor, in Washington DC.

For more information and to purchase tickets, go to their Capital Fringe show page.