With their tight jeans, high heeled boots, and well endowed means of transport, cowboys have always been pretty gay. But the homo western vibe is taken to new and outrageous heights in LaGoDi’s hilarious Love Song To Miss Kitty. 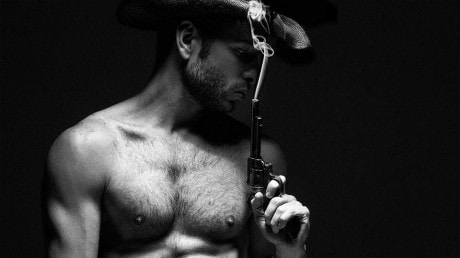 Although the show would benefit from a quicker pace and speedier scene changes, Love Song To Miss Kitty ultimately delivers with humor that is by turns raunchy and razor sharp. There is also a sentimental core to the show, as the patrons learn lessons about sex, family, and what makes a home.

Whether you’re there for the dancing, the country music, or the, ahem, extra large performances, you’ll be happy you went to see LaGoDi’s Love Song To Miss Kitty.