Though you travel the perilous river of the Fringe and are beset on all sides by ravening flyer bearers and incoherent plots. Though you are forced to cringe so forcefully at mindless acting choices and latch key character development that you fracture your own neck. Though you wail at the meaningless dialogue and gnash your teeth to dust in forced smiles of congratulation, there is a light in the darkness. Her name is Bitch. 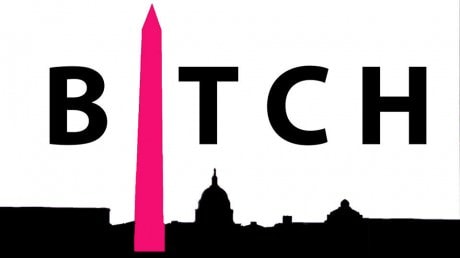 Let’s start with the playwright. He has created a world of anachronism that drools cohesion. Andy Boyd, if I didn’t see you sitting across from me, holding a girl’s hand I would have made out with you right in the theater, and damn the consequences.

Tech?  Aside from a few glitches in the lighting cues, delectable. The costumes and changes were simple and helped create identity. Thanks, Jennie Allen!  Lights and sound were used to beautiful effect. So, there’s another huzzah for Colin Dieck and Cresent Haynes.

Finally, the cast. First of all, this is a very pretty cast. Boys and girls (so I assumed i would be disappointed by at least one performance {because, I know unicorns aren’t real}).  And it’s a whole stage of unicorns (you could get an eye poked out).

It’s hard to single out the cast members because this was a true ensemble. But three performances stood out from (but in no way overshadowed) the pack. Hannah Sweet’s bravado and passion infused every moment, which made the moments she let down her guard that much sweeter and clearer Tanya Chattman was hilarious as the scrambling Agent Smith. And Dan Reno just walked into the realm of my dream cast for anything (seriously, anything. Anything at all {you’re straight? [F$&k my life]}).

Bitch: A Play About Antigone plays through July 26th at Redrum 610 L Street NW Washington, DC 20001.  To learn about the show or to buy tickets go to the Capital Fringe Page.