Homeboy Thanksgiving, written by Jose Zarate and directed by Rhiannon Cooper is a story of the healing nature of family and friendship. Ernesto (Silas Gordon Brigham) is a recently released felon and gang member living with his younger brother, Ray (Luis Avila). Ernesto has been tasked with cooking for Thanksgiving dinner for a priest/church that has been helping him. It is vital that he does a good job to ensure that he can keep his job. The priest also sends Mousey (LaTisha Harvey) to help. 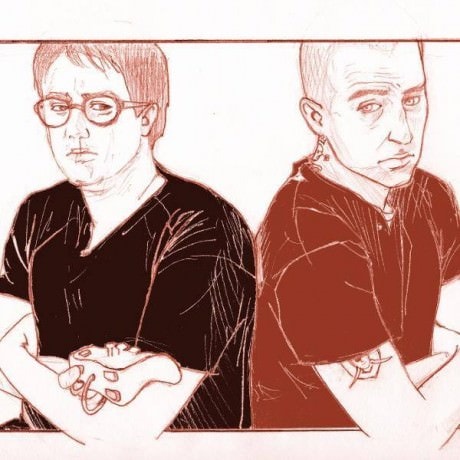 As Ernesto struggles trying to decide what to cook since he has no experience cooking. Ray is desperately trying to “level up” in his online video game so that he can join an elite group of players. Ernesto is upset that he cant make anything good, Ray is upset with Ernesto for going to jail and leaving him alone as an adolescent after their mother is killed and father is deported. Ray and Mousy bond over the fact that she is also a gamer, and is an expert. She tries to help him level up, but Ray’s online friend and sponsor into the elite group, Ivan (voice of Michael D. Wexman), secretly gangs up on and destroys Ray’s character. Ray is so focused on getting into the group, that he overlooks the fact that they destroyed his character and that Ernesto needs help with the cooking. The tensions between the brothers builds. When the preparations for dinner are threatened, will the brothers and their new friend be able to work through their difference and help each other? Or will their disappointment in life, in each other be able to help them power through their cooking failures and prepare a successful meal? How strong are the bonds between family and friends?

Avila is perfect as the adorable geek, seeking acceptance and friendship. Brigham, with his almost-real looking tattoos does gang member/felon so well, I had no problems imagining his sting in jail. The highlight is Harvey as Mousey. Her matter of fact nature plays a large part in healing the chasm between the two brothers.

Homeboy Thanksgiving is a story of family, of redemption, and of the power of friendship. It is well written and moves along quickly, has a superb cast, and is definitely a must see of this year’s fringe.