Refresh: Stories of Love, Sex, and the Internet takes an unflinching and unglorified look at the less talked about aspects of the middle class suburban male’s adolescence in the age of the internet. This one-man show presented by Critical Point Theatre was written and performed by Matthew Schott in a stream-of-consciousness style, moving through non-linear scenes displaying the intersections and contradictions between his earliest experiences in love, sex, and the internet. 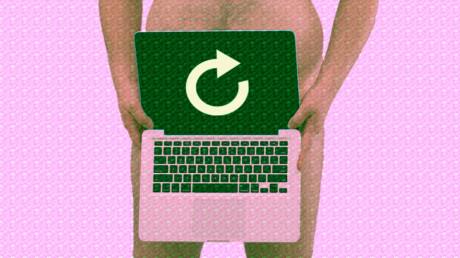 However, credit must be given for how self-aware this piece of theatre is. Schott’s performance was constantly interrupted by a voice over of himself describing some retrospect on his current situation, often with more control and maturity than what was displayed in his show. We were reminded that since his childhood, all he wanted was to make people laugh, leading him to constantly perform for his friends and family, up to the point where he wasn’t sure what was reality and what was just a story. His presentational behavior, questionable views on women, and self-pitying attitude were all acknowledged, however, his acknowledgements never gave way for broader, more removed discussions. His epiphanies would come in moments of frenzy and self-hatred as he would try to make sense of the perversion around and within him.

But I think that’s kind of the point. No one comes out of high school completely understanding what just happened to them. No one has sex for the first time and know exactly what they did right or wrong.The way love, sex, and the internet get all mixed up can get pretty disheartening and it’s hard to make sense of it all, even in retrospect. This show brings up a lot of thought provoking questions about aspects of modern life that you may not have considered before.

Despite the brutal honesty and resonance of the writing, the show itself is a bit muddled. At times, it’s hard to tell how old Schott is trying to be and who is trying to talk to. Little is done in terms of staging and physicality to differentiate ages. What felt to be about half the play was Schott talking at his laptop performing all sides of chatroom conversations with bits of offhanded commentary thrown in occasionally, however, a lack of physical commitment and too great a reliance on this kind of scene made the show seem overextended. While lighting cues helped differentiate between some moments, the constant time skips all while stationed at his laptop made the narrative seem unfocused.

This play is accurate and honest, although the jokes might have been all too easy (the perils of your first time, the idiosyncrasies of maintaining an online persona) and the moments of clarity a bit on the nose. Refresh takes you to a place of insecurity and self-deprecating glee, no matter how unnerving that space may be.