Did you know Bethesda means House of Mercy? In Jennie Berman Eng’s new play , the city may be anything but merciful. She also directs and produces this tight, hilarious look at a disintegrating DC family headed by recently disgraced diplomat Barry (James Whalen) who is a self-described “Mid-level state department idiot” and his wife Joy (Adrienne Nelson) who is busy getting their two kids into Sidwell and cooking quinoa. Their kids, Hildy and Kevin (Georgia Mae Lively and Noah Chiet) would rather be back in South America and brought some interesting souvenirs home from Bolivia. The action bounces between their Bethesda living room and flashbacks of Bolivia where Maria Consuelo (Arian Amaljan) hints at the scandal that sent them home. 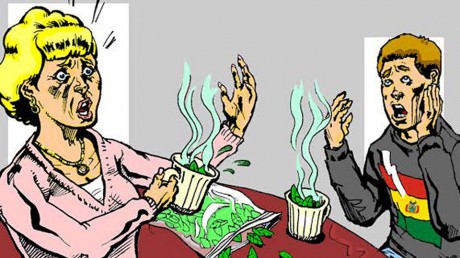 Whalen and Nelson are two long-time DC actors now gracing the Fringe stage with their nuanced performances and pitch perfect depiction of the typical Washington almost-power couple. Lively and Chiet are actual teenagers playing teenagers, which is harder than it looks, and both are able to walk the line between older-than-their-years wisdom and teenage rebellion. The script is incisive and funny and will hit some in the audience far too close to home in this town where Barry asserts, “You must scoff at your mistakes.”

Jennie Berman Eng keeps things moving as a director. Most scenes are short and lighting by Megan Seibel indicates which side of the Panama Canal we are on as this family tries to put itself back together again and the kids try to unearth the secret that ripped them apart in the first place. If you’ve been in this town for longer than six months, this is a not to be missed treat. Beyond the in-jokes, it’s a solid play and a perfect study of family drama and resilience.