Four good comics, eight short skits and one ‘ha, ha, not so funny’synopsis made for a sporadically funny performance of this collection written by Robert Kittredge and directed by Lisa Hilling. 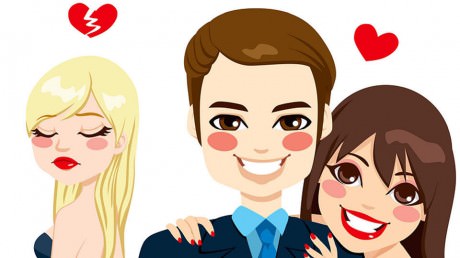 Jackie Madejski provided the strongest characters, switching easily between an ascerbic know-it-all comic playing off Dan Barry in the introductory sketch to a vampire wanna-be opposite Daniel Riker, then a dreamy but confused Audrey Hepburn act-alike personality transplant patient.

Pamela Kasenetz played a fortune teller who was equal parts a shrill know-it-all and a finger-crossing fake.  She was hilarious as a pill-popping kook engaged in a speed dating exercise with Dan Barry.  A Shakespearean sketch put her in the role of an outward flirt actually insecure to the bone.

Dan Barry was a perfect foil, seeming most comfortable in understated roles, keeping things going without upstaging his female partner.  I particularly liked him in a speed dating sketch with Kasenetz and as Mortimer in an eerie avant-garde play by “Bob.”

Daniel Riker’s roles were made all the more humorous by his stature.  Whether playing the geeky searcher of truth in the fortune-teller sketch or vampire dressed from top to toes in black, his expressive face and body movements often outplayed his lines.  The great exception was as an off-kilter and fickle Hamlet.

Running time:  70 minutes with no intermission

Boy Meets Girl and other Dilemmas plays through July 26th, at the the Bedroom at Fort Fringe – 612 L Street, NW, in Washington, DC. For performance information and to order tickets, go to their Capital Fringe page here.