There has always been a lot of mysticism surrounding the creation of the capital and the National Mall. The walking tour Secrets of the National Mall promised to be an exciting thrill ride through the history of the area and the Freemasons, a fraternal organization that many of our founding fathers and other influential men belonged to. I was intrigued as to what we would learn, what was hidden in the structures surrounding the Mall? I was confronted with an overtired tour guide (Andrew Baroch) with highlighted reference books and a collage of pictures piled on the lawn. 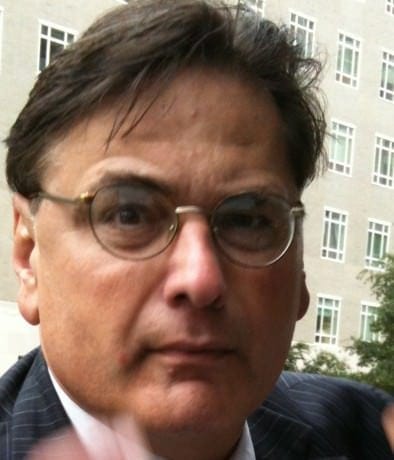 At first, I was discouraged when it became difficult to find the group; there were no signs or indications for where the meeting spot would be, but once I found them I was game for the adventure we were about to embark on. However, the adventure or tour (as it is advertised) began and ended in the same patch of lawn, only my foot had fallen asleep at the end. That is correct -there is no walking tour.

Throughout the “tour” turned-lecturer Baroch stumbled through bits and pieces of Masonic history and architecture, never clearly showing the audience or tour members what the significance of the Freemasons was in our nation. He spouted off numbers and theories of what he thought they may have done, never drawing on any real proof or source, or giving us any interesting facts. There was no outline or plan for the lecture; it was whatever came to his mind at the moment. This left me and the patrons of the “tour” confused and a bit stunned.  Sure-I understand that there are phallic symbols in Freemasonry, but when he insisted that the Washington Monument was not a monument to George Washington, but a giant dildo, it was time for me to end this very un-monumental tour.

Secrets of the National Mall shows continues through July 27, 2014 at 3rd Street NW in between Pennsylvania and Maryland Avenues, NW at the Capital Reflecting Pool. For more information, please visit the Capital Fringe page.