If garbage puppets and singing Pears give you heartburn and you hunger for more accessible Fringe fare, then I recommend The Dish by Jenny Splitter. Chock full of DC-insider references and audience interaction, The Dish could give Shear Madness a run for its money as DC’s next fluffy first-date night at the theatre. 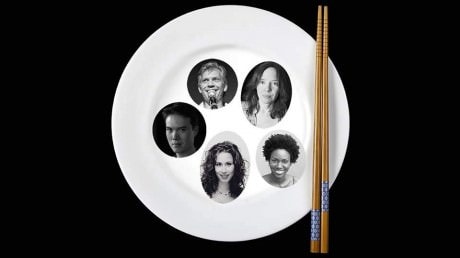 The capable actors do their best with what they have to work with (though Kristy Simmons could stand to raise her voice and take stronger command as the show’s producer), but Deadwood owns this show as adorable, young-Paula Deanish “Rhonda Lee.” Yes, the characters are essentially two-dimensional archetypes of members of the DC community – but the show is pure fun, and it doesn’t really matter.

The Dish is a perfect Fringe palate cleanser.

The Dish runs through July 27, 2014 and is playing at the Gallery at Goethe Institut-812 7th Street NW, in Washington, DC. For more information on the performance and tickets, please visit the Capital Finge page.