This production is not to be missed! It is clearly one of the ‘Best of the Capital Fringe.’

Hilary Morrow’s solo performance is riveting.Morrow is both playwright and performer of this Commedia dell’arte. Her masterful story-telling reprises the life of Isabella Adreini, a 16th century actress, poet, playwright and singer who championed the cause of intellectual women’s equal worth within the paternal culture of the day. 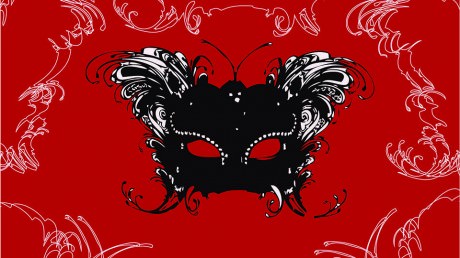 Morrow gently introduces you to the genre known as Commedia dell’arte through her clear and convincing performance. Gently sprinkled Italian amongst the mostly English script and beautiful snippets of songs in Morrow’s impressive operatic voice added to the feeling of authenticity.

Morrow affected different periods of Isabella’s life through the use of marked changes in attitude and a few simple props, including two scarves and a journal. The only staging was a chaise lounge and a writing table with a mirror frame.

Some of the poems and writings incorporated into the play are Adreini’s; most were penned by Morrow. Every single line and movement was delivered with strength and polish. Whether speaking to her imagined personal maid, husband, or other characters, Morrow was always believable. The multiple unseen characters came to life through her words and piercing stare directed toward where they may be standing. This effect was heightened by the excellent lighting design by Tyler Dubuc.

Traditional Commedia dell’arte includes several standard characters, usually identified through the use of masks. Instead of using masks, Morrow acted selected roles directly following the recitation of a prayer over her first-born.The prayer was repeated three times, first followed by her characterization of the hunchback, Punchinello, then by another old man, and finally by the jester, Zanni. She was bathed in a different color light for each of the three characters.

Morrow’s relative youth as a 2014 graduate of American University’s Musical Theater Program is never a factor in her performance. Inspired by the life of Isabella Adreini while spending a semester abroad in Italy, Morrow began writing this script upon her return. Further guided by her advisor, Dr. Cara Gabriel, the original script was transformed into the performance Gabriel directs at the Fringe Festival.

Oh, What Can’t A Woman Do? runs through July 27, at the the Bedroom at Fort Fringe – 612 L Street, NW, in Washington, DC. For performance information and to order tickets, go to their Capital Fringe page .