Without tragedy we would all just be living in a play. The characters existing inside of Empress of the Moon: The Lives of Aphra Behn, a production being mounted by Forearmed Productions (based in Philadelphia, PA) gives us exactly that. Written by Chris Braak and directed by Company Founder Cara Blouin, the play is roughly an hour and a half filled with feminist themes with a curious approach to gender roles threaded throughout. While polished, and expertly acted, these heavy feminist themes are brazen and presented with much repetition, though not without wit and humor. 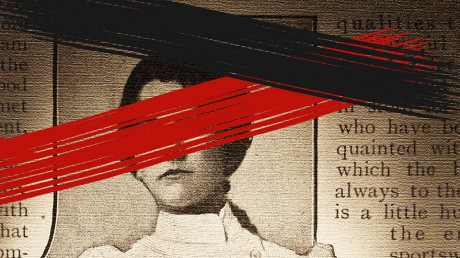 Braak’s writing was is a shocking surprise to me owing to the fact that he is a male. I make no convictions or claims that a man cannot write feminist theatre but after witnessing an all-female production where the roles of the male characters are played up to a heightened caricature-like state by women, it was a pleasant surprise to see how boldly he pushes the notions of gender supremacy and call for equality. That said, the writing is exceptional in both its form and fashion.

Telling the story, which at first may feel a bit convoluted, is a Narrator (Laura McWater) that seems to not know her own story. This is an intriguing approach and a nice variance to the otherwise feminist focused writing that Braak provides. There is a subtly recurring notion of “what we remember” verses “how our history happened” and watching this play out through the passage of the show is both curious and captivating. At first when McWater’s character interrupts the scenes as they play out, interacting with previous versions of herself, it feels trite and a bit over exhausted. But as the play progresses her insertions into the story grow to feel more natural, as if this were a pioneering adventure for this particular self-insertion technique, ultimately bringing the audience to her present time. There is also a strong focus on memory; the way we recall things and how we justify those recollections. These elements of the play are brilliant and ensnare the senses, causing the audience to think about their own lives.

The cast, comprised of six females— Alexandra Blouin, Colleen Hughes, Jennifer Huttenberger, Laura McWater, Kristen Norine, and Sarah Robinson— take on various roles, several of which include men. The gender dynamic that is brought forth in this performance, showing men to be superior to women while women struggle to gain the upper hand, is a weary line that in places lacks originality; a stereotypical complaint of the power struggle between the gender binary. These six exceptional actresses have a fascinating way of utilizing their bodies to capture the various energies of their characters, varying from when they play men verses when they play women.

Performances of note include Kristen Norine as the bubbly and flit-witted Franny, particularly as she is goosing about in the opening scene. Norine creates a brilliant juxtaposition of this naïve and frivolous character against her later character of Valeria— a viper of a courtesan whose sexuality slinks from her persona like a slithering snake. Colleen Hughes is also worth noting for her hilarious robotic stiffness as Maria in scenes played against Don Antonio (Alexandra Blouin.) Blouin also captures a myriad of physicalities, perhaps cycling through the most as she plays the most male characters throughout the performance.

Empress of the Moon: The Lives of Aphra Behn is filled with exceptional  performances. With a few rewrites to tighten it and cutting some of the repetitive nature, it will make for an exceptional show.

Empress of the Moon: The Lives of Aphra Behn plays through July 25, 2014 at Sprenger at Atlas Performing Arts Center— 1333 H. Street, in Washington, DC. For tickets visit their Capital Fringe Page.