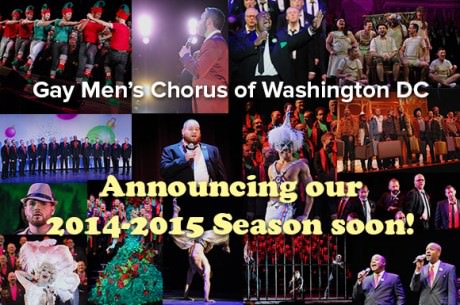 Our seven month search, led by a search committee chaired by Chorus member and former board chair Michael Hill, included a national job search that produced 32 candidates. This was narrowed down to five competitive auditions in Washington, DC and stakeholders at all levels found Dr. Kano to be uniquely qualified to lead our organization.

In addition to serving GMCW for 10 years as Associate Music Director, Dr. Kano is artistic director of the New York City Master Chorale, which she founded in 2005. Dr. Kano plans to continue her work both in New York and DC. We at GMCW are excited that Dr. Kano’s national presence will help to strengthen our musical connections in DC, New York, and beyond.

Dr. Kano received her doctorate in choral conducting from the University of California, Los Angeles in 2004. At UCLA, Dr. Kano studied under Donald Neuen, her professional mentor. For her dissertation on Duruflé’s Requiem, Dr. Kano completed research with L’Association Duruflé in Paris and studied privately with Paul Salamunovich. Dr. Kano holds a Master of Music degree from UCLA and a bachelor’s degree in choral music education and piano performance from Arizona State University.

Please join us in welcoming Dr. Thea Kano to the podium! We look forward to seeing you for the 2014-2015 Season. Be on the lookout for more announcements about next season coming soon!”

This press release was written by Craig Cippollini, Director of Marketing.