I was first introduced to Dark Side of the Moon, Pink Floyd’s psychedelic masterpiece, some three decades after the album’s initial release. But the passage of time has done nothing to diminish the power of the band’s sweeping musical imagination. So it was with some trepidation that I approached Classic Albums Live’s performance of Dark Side of the Moon at Wolf Trap. After all, Classic Albums Live, a Toronto-based company that specializes in bringing musical standards to the masses, does not bill itself as a “cover band.” There was to be no modification or improvisation; this was not a “version” of Dark Side of the Moon. Neither did the musicians involved pretend to be Pink Floyd – the only folks sporting bandanas and tie dyed shirts were the aging Boomer Hippies in the audience. Rather, the performers on stage – varied in age, ethnicity and gender – were clad all in black, and even expressed a sort of professional detachment from what they were doing. And what they were doing was giving an unbelievably accurate imitation of Dark Side of the Moon that was as moving and powerful as any Pink Floyd aficionado could hope for.

As soon as the tell tale heart beat that starts the album out began, I knew I was in for a wild ride. And I understood that these people took the idea of authenticity seriously when they held up actual alarm clocks to produce the opening sounds of “Time.” But it wasn’t until lead guitarist and vocalist Rob Phillips opened his mouth that I knew I had hit the jackpot. It took several minutes to convince myself that Roger Waters had not bathed in the Fountain of Youth and wandered over to the Filene Center to relive some old times. Philips captured the texture and range of Water’s iconic voice, and together with guitarist and vocalist Des Leahy, breathed life into the 1973 album.

One of the hallmarks of Dark Side of the Moon is the female backup vocals, which add an exhilarating flavor with their wailing, gospel-inspired jubilation. Leslea Keurvost, Selena Evangeline, and Julie Mahendran (who also played keys) delivered mightily on this end, holding their own against the power of the instruments in front of them. Ms. Keurvost, in particular, wowed the crowd with her triumphant vocals in “The Great Gig in the Sky.” But it wasn’t just the vocalists who got lots of love from the crowd. Braxton Hicks, on saxophone, and Troy Feener, on drums, earned a lot of whooping admiration for their inspired solos. John Batuszkin anchored the sound with his powerful bass guitar, and Will Hare (on keys), the “mad scientist” of the group, provided the weird and trippy sounds that so characterize the album. 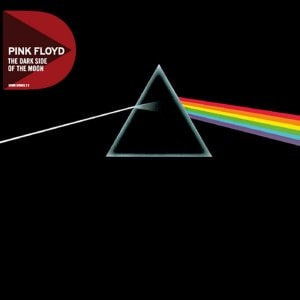 As much as I admire aging rockers who continue to peel on leather pants and hop around stage, it is sometimes difficult to experience the music fully when one worries about the lead singer having a heart attack on stage. Likewise, covers and adaptations of classic songs, while certainly having artistic value of their own, can never be the real thing. So it is incredibly exciting to witness a show by Classic Albums Live that delivers a perfect homage, a “note-for-note, cut-for-cut” musical interpretation.

I took my dad to the show, and he was around my age when Dark Side of the Moon was first released. His jaw dropped when the first gorgeous chords of “Breathe” reverberated through the house. It was 1973 all over again; but this time, I was right there with him.

Dark Side of the Moon played for one night only on August 8, 2014 at Wolf Trap’s Filene Center-1551 Trap Road, in Vienna, VA. Classic Albums Live hosts performances all over the country. Check out their schedule of events. Check Wolf Trap’s schedule here.