Producing Artistic Director Carolyn Griffin is pleased to announce MetroStage’s 2014-15 season which will reprise some of the favorites from years past and welcome back many of the artists who have contributed so much on our stage over the past 30 years, both in our present location and dating back to the early 1990’s on Duke Street. 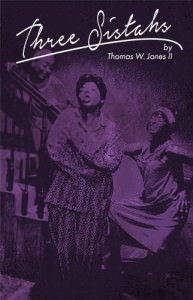 Three Sistahs is an elegant intimate musical which exposes the souls of three strong women as they reflect the promise of the future, while revealing the pain of the present and their regrets of the past. An evening of gospel, rhythm & blues, and funk: all original music by William Hubbard.

A rich musical tapestry inspired by Chekhov’s Three Sisters. Seen in 2002 and 2007 at MetroStage, and in honor of MetroStage’s 30th anniversary the incomparable Bernardine Mitchell (Helen Hayes Award winner for Mahalia, and also appearing in both Three Sistahs productions and His Eye is on the Sparrow at MetroStage) will return to reprise her role as Olive, and another MetroStage favorite Roz White will return as Marsha.

Roz White has played an extensive role on our stage over the past thirteen years performing in PearlBailey…by request, Bricktop, Two Queens, One Castle, Cool Papa’s Party, Josephine Tonight, Ladies Swing the Blues, and Gee’s Bend. The youngest sistah Irene will be played by newcomer Ashley Ware Jenkins. This production is a tribute to composer William Hubbard, who has brought so much extraordinary music and artistry to our stage (Harlem Rose and Three Sistahs, and has performed in All Night Strut, Mahalia (Helen Hayes nomination), PearlBailey…by request, Bricktop, Two Queens, One Castle, and Cool Papa’s Party. Last season he received a Helen Hayes nomination for music direction of Gee’s Bend. 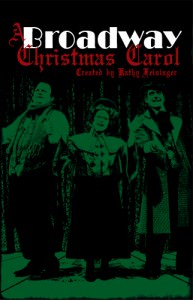 A delicious cross between the classic Dickens’ tale and uproarious song parodies of favorite, familiar Broadway show tunes. This will be the fifth season, and it has become a holiday tradition at MetroStage. Peter Boyer and Tracey Stephens will return as Scrooge and ‘The Woman Who Isn’t Scrooge,’ and Michael Sharp will be playing ‘The Man Who Isn’t Scrooge.’ Michael Sharp is one of many artists who has a long history with MetroStage. In addition to directing Broadway Christmas Carol the past three seasons and his performances as Scrooge in two productions of A Broadway Christmas Carol, he performed in our production of Side by Side by Sondheim in 1996 and opened the new theatre in 2001 with Starting Here, Starting Now (Helen Hayes nomination). 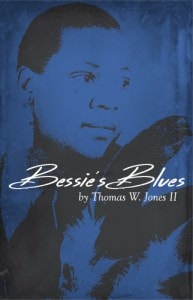 A musical odyssey of African American people in the 20th century. The explosive legacy of the blues is told through the eyes and lens of Bessie Smith, the “Empress of the Blues.”

The 20th anniversary of this production (originally staged at The Studio Theatre and receiving 6 Helen Hayes Awards), is being reprised in honor of our long-standing collaboration with Tom Jones as a playwright, lyricist, director, and choreographer. At MetroStage Jones has written and directed Harlem Rose, Three Sistahs, Two Queens, One Castle, Bricktop, Cool Papa’s Party, Pearl Bailey…by request, Ladies Swing the Blues, as well as directing Gee’s Bend, for which he received a Helen Hayes Award nomination. 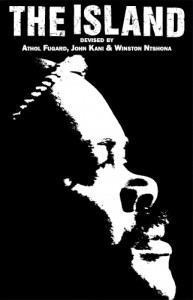 Originally seen at MetroStage in 1991, The Island also returns in honor of our 30th anniversary. It depicts the psychological and physical abuse suffered by black political prisoners in South Africa, using the prisoners’ anticipated performance of the Greek drama Antigone as a symbolic means of political protest. Depicting the conflict of the individual versus the state, whether it be classic Greek, apartheid South Africa, or certain contemporary situations today—clearly a timeless theme. Doug Brown returns to reprise his role of Winston, and has also appeared in Mooi Street Moves, another South African play that MetroStage produced in 1993. We welcome Michael Anthony Williams as his fellow prisoner, John. Both actors were most recently seen in Two Trains Running at Round House Theatre. 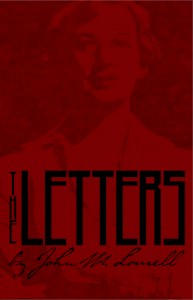 Taking place in an office in 1930’s Soviet Union, the Director calls Anna, a bureaucratic functionary, into his office, and a tense verbal and psychological cat and mouse game ensues. It represents a vivid slice of paranoid life under Stalin and the effort to edit/suppress/censor the writings of prominent artists. Based on the real life Soviet efforts to edit the sexually frank letters of Tchaikovsky.

An intense psychological drama: still timely, still universal, perfect for our intimate theatre setting. Featuring two of MetroStage’s favorite actors: Susan Lynskey seen at MetroStage in The Girl in the Goldfish Bowl and Ghost-Writer (Helen Hayes nomination), and Michael Russotto – seen here in Rough Crossing and Lonely Planet. Director John Vreeke has directed many of the plays seen at MetroStage, including the award-winning Heroes (Outstanding Ensemble Award), Ghost-Writer, One Good Marriage, For the Pleasure of Seeing Her Again, The Real Inspector Hound, and Lonely Planet.

Buy a Season Subscription by Downloading the Form.