My first time to Ram’s Head Live! in Baltimore last night evening certainly delivered a magical evening, thanks to four guys I’ve been listening to for a lot of years. If you could take a walk down the musical path of premier American bands, you’d run straight into Cheap Trick, who have been captivating audiences with their catchy brand of rock, punk and metal for nearly four decades.

Comprised of Robin Zander (lead vocals and guitar), Tom Petersson (bass and vocals), Tom Petersson (lead guitar and vocals) and Daxx Nielsen (drums), these talented writers and musicians continue their vision with defining authority, which translates as “no intention of slowing down…ever!” Adding to their staggering number of 5,000 performances, 20 million records sold (including 29 movie soundtracks and 40 gold and platinum recording awards), the band was honored in October 2007 by the Chicago Chapter of National Academy of Recording Arts & Sciences for their contributions to the music industry. The band recently performed their entire Dream Police album backed by an orchestra, earning them critical acclaim, while also including songs from their extensive catalog. In addition, their most recent release, The Latest, earned glowing reviews, showing their pop proprietary dominance that continues over 35 years later.

Cheap Trick is the band that’s best known for its varied and large collection of unusual vintage guitars and basses, which all came out last night. From Nielson’s box guitar to his custom-decorated and five-neck guitars, they are as much a part of Nielson as are his trademark ball caps, blazer, bowtie, and checked black and white shirts.

Billed as “An Evening With Cheap Trick,” the crowd filled the space at Ram’s Head as the band opened their bag of “tricks” and treated us to “Hello There” as the opening number–raucous, fast and loud! Nielson proclaimed, “I feel like a realtor in this red jacket” as he playfully tossed 200+ guitar picks over the course of the evening, wowing everyone with his amazing, over-the-top play with his custom namesake ‘Dick’ on “Southern Girls.” Zander, dressed in military/leather garb, commanded vocals as well as he did 40 years ago, still hitting the impressive notes as he launched into “Ello Kiddies,” “Come On Come On,” “Rock ‘n Roll Tonight” and “Oh Caroline.” Petersson is astounding on bass, pulling out some major play that just rocked the house with his long bass on “I Know What I Want,” everyone roaring and clapping in appreciation. Daxx Nielson is beyond compare on drums, lending vocals and some serious drum solo on “He’s a Whore,” while charging into Fats Domino’s “Ain’t That a Shame” with some hard-core soul, setting the bluesy tune alive with Zander’s kicking vocals and Nielson’s amazing riffs.

As the band charged through their catalog of classics, mixing older and newer hits, we were treated to “Ballad of TV Violence” and “Clock Strikes Ten.” The quintessential “Hot Love,” “Downed,” and “California Man” led right into “I Want You to Want Me,” Zander holding the mike out to the audience as we screamed the lyrics right back to him, garnering huge appreciation from everyone around me. The energetic “Dream Police,” had Zander belting out lyrics as if those dream police might actually be lurking around the corner, but no worries: “Never Had A Lot to Lose” segued into “Surrender,” reminding us all to…”Surrender, but don’t give yourself awaaayyy.” The night capped off with “Good Night,” which indeed it was.

Cheap Trick’s music rings just as true today as it did 40 years ago.  The reason you bought their albums in the first place is that their brand of rock blends seamlessly, drawing you in with their amazing guitar play, drums and lyrics, while preserving what music is in its most raw and pure form. That is why Cheap Trick is loved and appreciated today by fans the world over. Their music is timeless and relevant, but mostly, it’s just fun.

It’s pretty cool that the band’s home state of Illinois officially acknowledges every April 1, 2014 as “Cheap Trick” day. I mean, really, how awesome is that? As long as they keep rocking, the show will go on! 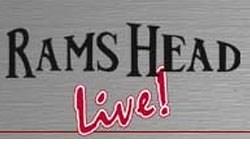