The Reduced Shakespeare Company (RSC) has been performing in the DC area for well over two decades, thanks to the folk at the Reston Community Center’s CenterStage and The Kennedy Center. Coming soon the RSC will have a something new for area audiences; their very own Extravaganza presenting many of their different shows in one run at Reston’s CenterStage.

According to Paul Douglas Michnewicz, Reston Community Center’s Arts and Events Director, the Extravaganza gets its inspiration from the likes of The Kennedy Center’s Tennessee Williams Festival and Stephen Sondheim Festival. “It just makes sense to present the entirety of the Reduced Shakespeare Company’s oeuvre.” So, the RSC took him up on the request and will be presenting seven of its nine shows, performed by seven different cast members.

For those not familiar with the Reduced Shakespeare Company repertoire, it is best described as a ripping ride into a world of abridgement and condensation of “great” works and “important” things. This provides fast fun, knowing few boundaries of what they will take on. They perform with a physical nature and verbal speed that woos and wows an audience. Their comic edges are round and curvy, meant to charm, rather than sharp pointed sticks meant to do harm. 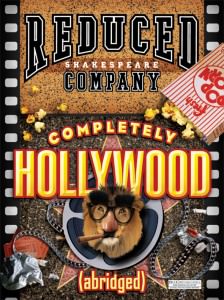 “Their comedy is smart and silly. An excellent combination.” added Michnewicz. The RSC will bring “workshops to the schools, hosting a ‘Comedy Boot Camp’, having parties, podcasts, and book signings.

For background about the long association between the Reduced Shakespeare Company and Reston see page 18 of Reston Magazine’s 2014 Summer Issue. 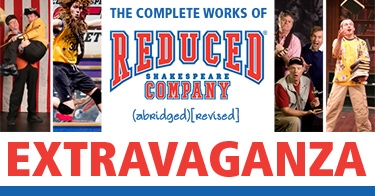 An Interview with Reduced Shakespeare Company

Reduced Shakespeare Company: We love performing in Reston because everyone is so welcoming and enthusiastic. It feels like our home away from home.

Why do you think the Reduced Shakespeare Company has resonated for so many years with Reston CenterStage audiences?

We have performed in Reston every single year since we began touring in 1987. The audiences in Reston know us well and are always curious to see how we’re doing and what’s coming up next. Our visits to Reston are like visiting with long-time friends once a year and catching up with each other. 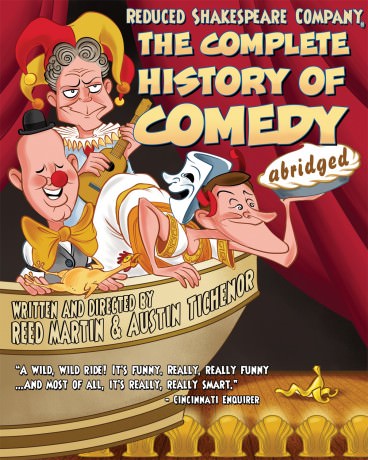 What can audiences expect at the Reduced Shakespeare Extravaganza?

We’ll be performing seven of our nine RSC shows with seven different cast members over the two weeks, as well as doing workshops, master classes and post-show discussions. Our first performance will be the Reston premiere of our latest show The Complete History of Comedy (abridged) which has been a big hit with both critics and audiences in Cincinnati and Boston. We have never done anything like this Extravaganza before so we are very, very excited about it. People all over the world have expressed interest in this huge RSC event.

Given that you will be performing seven different shows over eight days, what keeps you and the performance fresh?

It’s always fun and exciting to do the shows. It’s almost impossible not to have a good time performing when you have several hundred people in the audience enjoying themselves. And we design the shows so that no two performances are the same – mainly because the improvisation and interaction with the audience. That’s what keeps us on our toes. 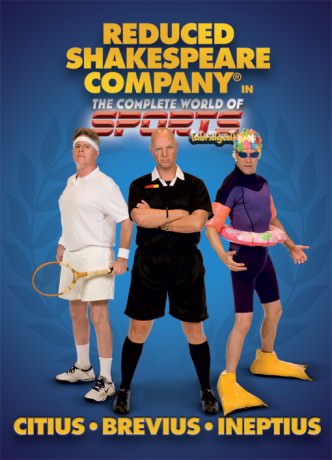 What does the future hold for Reduced Shakespeare Company in the next years?

We are in the midst of the most productive period in the history of the company. We have created three new shows in the past five years – The Complete World of Sports (abridged) in 2010, The Ultimate Christmas Show (abridged) in 2011, and The Complete History of Comedy (abridged) in 2013 – and we plan to premiere a brand new show in 2015 which we look forward to bringing to Reston. Immediately after the Reston Extravaganza we will be traveling to China to perform in a festival there. We are working on a book. And we will be touring Comedy (abridged) across the USA and UK in both 2014 and 2015.