The Three Stooges made over 200 appearances in shorts – those knuckle-headed 15-minute misadventures – and full-length feature films with their usual trademark of hysterical mayhem. And if you are a fan of The Three Stooges, there’s  a superb place for you to visit in Ambler, PA called The Stoogeum. I am a huge fan of their work and I had a blast during my recent visit, and allow me to share that experience with you. 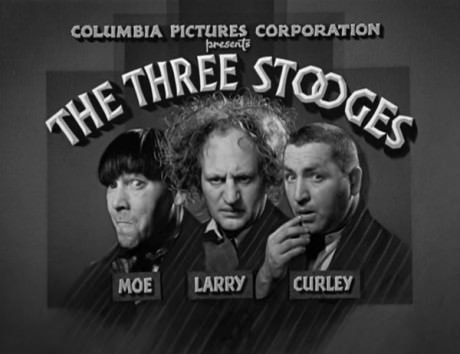 Curator Gary Lassin’s business card that I was handed when I arrived describes this special place as “A Museum of Three Stooges Memorabilia.” Yet, if you are a three Stooges fanatic, you will quickly agree that the museum is so much more than that. It’s the only place to visit and observe, study, and “pour over” more than 100,000 pieces of Stooge materials that cannot be found anywhere else in the world. And it’s only 147 miles door-to-door from Washington, DC, and well worth the trip!

Eric: When and why did you first fall in love with The Three Stooges?

Gary: In my early days of growing up, I can remember coming home from school and watching TV and only three channels were available to choose from, and one of them showed the Three Stooges every day. Naturally I watched them often and fell in love with their antics because their films seemed like cartoons but with real people in them.

What is your favorite piece in the collection?

Shemp’s discharge from the Army. It mentions that he suffered from bedwetting and it’s signed Samuel Horowitz (which was his real name).

Great. You own that one. But which one that you don’t own yet do you really want?

The object that I want the most is one that I don’t know about yet.

That’s an Easy one – “Punch Drunks.” That’s the one where Curly goes nuts every time he hears “Pop Goes the Weasel.”

What made the Stooges unique?

Comedy trios are quite rare. Their dialogue and wordplay were clever and the violence was totally cartoon-like.

Did the Three Stooges spend time together off-camera?

How long has the Stoogeum been open?

How were the Three Stooges films directed? How much adlibbing was in their films?

They were all professionally scripted. There was virtually no adlibbing although sometimes a script would say, “Three Stooges do their thing.” Usually only one or two takes were needed.

Do you have any future Stooges conventions planned?

The next Three Stooges convention is at the Holiday Inn in Fort Washington, PA, a couple of miles down the road in May 2015.

Any special memorabilia of the Three Stooges in Philadelphia that I should see?

Definitely! At 3rd and South Street – not far from City Hall in Center City Philadelphia – is a restaurant called Jon’s Bar and Grille. It’s the birthplace of Larry Fine, one of the Three Stooges and there is a huge mural of Larry above the entrance.

What was your opinion of the 2012 movie release of The Three Stooges?

The movie was produced, written and directed by the Farrelly brothers so I was afraid the movie would focus on toilet humor, which the Stooges didn’t do. Surprisingly, it was not too bad and I thought the script sounded very Stoogey. Overall, I thought they did a good job with it.

Did the Three Stooges invest their money wisely?

A:  Shemp (Curly’s replacement) and Larry spent their paychecks as fast as they earned it. Moe was the only one who invested wisely.

Thanks Gary for an excellent introduction for our day at the Stoogeum.

Walking Through The Stoogeum

After the interview, my personal journey began to boldly go where no Stooge had gone before.

You enter the museum and walk up about six steps. At the top, you are met by 3D caricatures of The Stooges as they actually welcome you to the museum.

Beginning my museum trek, I encountered a collectors’ BONANZA…Pin Ball Machines, bubble gum machines, bowling pins, etch-a-sketch and bowling balls all emblazoned with their Three Stooges caricatures. There is a wall in the museum of Three Stooges cartoons artfully displayed. 150 Photos of famous actors of stage and screen hang downstairs with autographs and short messages to the Stooges.

It was the 1950s that became the Golden Age of The Three Stooges merchandising. For instance, Jubilee began publishing the Three Stooges comic books in the US in 949 and spinoffs were quickly created for Mexico, Brazil, Australia, and Canada. Stooges caricatures began to appear on PEZ dispensers, Dolls, Muppets, Plates, Hand Puppets, and golf balls all visible as you walk down the museum’s Three Stooges Boulevard. The Stooges pics were used to promote State lotteries in Illinois, New Jersey, and Michigan. Private and public corporations added to the mix including AT&T, Burger King, Coors, Nikon, Hostess, Post Cereal, and Hallmark. Yes, Madison Avenue Advertising was going full tilt….YUK, YUK, YUK! 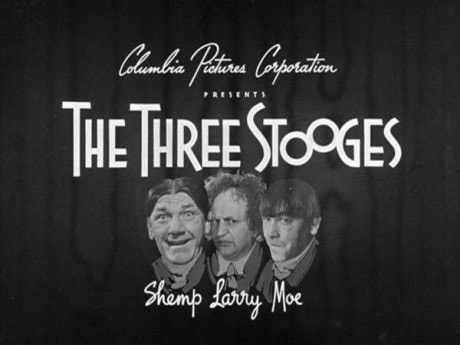 The marriage of the Three Stooges happened in 1934, when Moe, Curly, and Shemp (who were all brothers), along with Larry Fine split from Ted Healy and signed with Columbia Pictures for 24 years. And bingo, the Three Stooges moved from Vaudeville to the screen thanks to Jules White, the head of Columbia’s Shorts department, who became their mentor on and off-camera

We can go on and talk about the famous expressions that the Stooges made popular in their films and shorts like,”I am a victim of soircumstances – somewhere between the State of Pandemonium and the State of Anemia.” And here are other famous Three Stooges quotes. 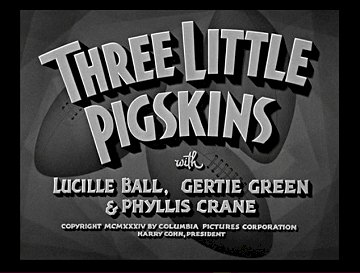 Even Lucille Ball was smart enough to realize that hooking up with The Stooges in 1934 in their fourth short – Three Little Pigskins – was a way to build her own success. [Watch the full episode here]. It was in 1958 when the Stooges, thanks to Columbia Pictures Corporation, increased their popularity by selling the rights to air their shorts on TV. The following year they made their first feature film “Have Rocket will Travel.” Five feature films were released from 1961-65. In 1983, The Stooges achieved their pinnacle of success…a “STAR” on the Hollywood Walk of Fame.

Even if you are not a regular museum goer-have no fear! You’ll love The Stoogeum! During your entire stay, you can sit in a movie theater and watch a never-ending collection of Three Stooges Shorts. Gary, our curator, has thought of everything. TWO FINGERS IN THE EYE!

The Stoogeum is located in Ambler, PA about 7 miles from the intersections of the Pennsylvania Turnpike East-West and the Pennsylvania turnpike North-South in the suburbs of Philadelphia, PA.  Here are directions.

The Stoogeum is open every Thursday (except holidays) from 10 am to 3 pm. Appointments are available during the week (Mondays-Wednesdays and Fridays) between 10 am and 4 pm. The museum may host a weekend open house from time to time so continue checking the website and Facebook page for schedule updates.

A Tip of the Hat to Pokes in the Eye by Edward Rothstein in The New York Times on August 17, 2009.

ThreeStooges.net is the home of The Three Stooges Online Filmography.