“Something funny’s going on” in Frederick, and it is Being Revived and The Fredericktowne Players’ co-production of the rarely performed Lucky Stiff, an early work by Lynn Ahrens and Stephen Flaherty (the team that created Ragtime, Seussical The Musical, and other Broadway shows). Whether or not obscure musicals are your passion, this show is a fluffy gem, and Director David Norman and his team do full justice to the material.

Lucky Stiff might be described as a romantic comedy wrapped inside a “door-slammer” style farce (amusingly, there are no functional doors on Bruce Marusich and Donny Kempa’s set, but Norman achieves as much with door and bell sound effects). British shoe salesman Harry Witherspoon’s (Joe Waeyaert) humdrum life is interrupted by news that his wealthy American gangster Uncle Tony (a winningly “deadpan” Lawrence Derx) has died and left him a fortune in diamonds. There’s a caveat: before Harry may claim his inheritance, he must take Uncle Tony’s corpse on a whirlwind vacation in Monte Carlo. Harry must also follow explicit recorded instructions, or the entire fortune will be gifted to his Uncle’s favorite charity for dogs. Enter heart-of-gold animal protector Annabel Glick (Katie Johnson) who is also vying for the inheritance; and thus begins a rivalry between Harry and Annabel that just might evolve into romance. There are other subplots, most prominently one involving ex-Tony’s near-sighted ex-girlfriend Rita (Zoe Alexandros) and her twitchy optometrist brother Vinnie (Shawn Nakia).

Norman drives the production at a brisk pace and nails all of the comedy along the way, but even more admirably, he tells the simple love story at the heart with unwinking sincerity. As Harry and Annabel, Waeyaert and Johnson charm the audience with honest characterizations amidst all the lunacy. When they are adversaries, we are torn between which character to “root” for; as their natural chemistry grows, we “root” for them to get together as a couple. Johnson’s tender delivery of the clever “Times Like This” is a highlight of the show.

Fans of the score will also be pleased to know that this is an extremely well-sung production, under the music direction of Jonas Dawson (who also accompanies the show on piano). Rich ensemble vocal harmonies pop in a way that you won’t hear on the original cast album.

Each member of the eleven actor cast has a moment to shine in the spotlight, and there is not a weak link in the bunch. Special mention must be made of Zane Oberholzer as “Luigi Gaudi and others.” He steals every scene in a role so well suited for him that you might think he originated it. Oberholzer is a masterful character actor who knows when to show restraint and when to cut loose – and after a virtually non-singing performance, he rips out some stellar vocals in the final scene’s “Confession #2.”

Don’t miss the opportunity to see this rarely produced and under-appreciated musical. Lucky Stiff might not come around again, let alone a production that gets it so right! 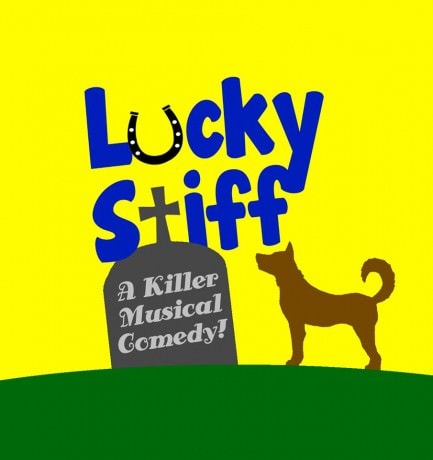