America’s sweetheart and ‘80s teen idol, Molly Ringwald is well known and celebrated for her acting work in critically acclaimed, rite-of-passage movies. However, long before she became a Golden Globe-nominated actress, Ringwald was singing and performing with her father’s jazz band (since she was a three) and has never really stopped. Saturday night, she kicked off the Gordon Center for Performing Arts’ 20th season, performing an enchanting arrangement of jazz songs from her debut studio album, Except Sometimes.

Elegantly dressed in a floor-length, form-fitting black cut out gown with her signature short strawberry blonde hair, Ringwald looked positively radiant and confidently poised, as she introduced the audience to her three-piece jazz band, led by pianist and musical director Peter Smith. Quick to dismantle any preconceived expectations of movie star diva behavior, Ringwald was very down-to-earth and engaging with personal and amusing stage banter about her husband, kids and her family, particularly, her professional pianist father, Bob Ringwald, who encouraged her love of jazz from an early age.

Opening with her interpretation of Stephen Sondheim’s “Sooner or Later”, Ringwald’s set list featured tracks from her Except Sometimes album, which pays homage to the musical canon referred to as the “Great American Songbook” – “one of our national treasures,” she explained. Her performance also included songs show tunes like “On the Street Where You Live” from My Fair Lady (“The Stalker Song”, she called it) and a kicky version of Stephen Sondheim’s disowned “I Feel Pretty” from West Side Story, as well as unexpected classics like “I’ll Take Romance” and “Thought About You”.

Singing in a sweet, sultry soprano voice, Ringwald delivered standards with hard swinging minimalism and soulful emotion.  Keenly self-aware and refreshingly enthusiastic, Ringwald introduced each of her selections with the zest and gusto of someone who had just discovered the music.

The second half of the set was a time for each band member to shine with some stunning instrumental solos. Ringwald’s voice seemed intensified as well, perhaps, in part, because all of the attention and pressure was no longer focused solely on her. She sang an up-tempo “Brother, Can You Spare a Dime?” Whenever anyone in the trio had a solo, Ringwald would turn and face him, dancing and rocking with emphasis. She snapped her fingers. “Once I built a railroad, now it’s done. Brother, can you spare a dime?” she roared. Now, she really let it rip: arm in the air, stamping her foot, laughing, reveling. She got a big cheer and applause. 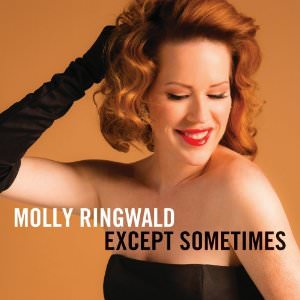 Ringwald joked about whether or not to do an actual encore and poked a bit of fun at the traditional leave the stage for a few minutes while the audience applauses, before returning for one last song. She offered to do just that, but the audience was more than content to keep her on stage without the theatrics.

Paying tribute to her late director, John Hughes, as well as nostalgically bridging her past and present life, Ringwald memorably capped the evening with her rendition of “Don’t You (Forget About Me)” the hit song from The Breakfast Club, cleverly and effectively rearranged as a jazz ballad with minimal piano accompaniment. “It’s not in the American Songbook yet,” she said, “but I’m thinking that it someday might be.” 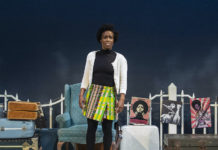