I will be honest with you – at first I thought I might need a translator to help me write this review because Brian Friel’s Translations is filled with several languages – Greek, Gaelic, Latin, and lots of English, in this funny and sad play. And yet, it didn’t matter because the young, talented, and energetic cast made me understand their languages through their body and facial mannerisms and expressions, and through their anger, passion, disappointment, frustration, and loyalty, dreams, love, and hope. And anyone who is yearning for someone to love and a place to call ‘home’ won’t need a translation – because the ‘communication’ between these characters is simply universal.

Brian Friel has written an ensemble piece that takes place in Ireland in 1833 in a small city called Baile Beag (where many of Friel’s novels take place).We hear a group of characters who are watching their city-their culture-being ravaged by the British. Their Gaelic names and city names are being replaced with a more ‘dignified’ British name. (Baile Beag became the Anglicized Ballybeg). Their cultural ‘rug’ is being pulled right from under them. It’s frightening. They feel hopeless.

Friel allows the characters to speak their own languages, although English is predominantly the language spoken during the play. Although this may cause some difficulty in understanding what is being said, the universal themes and problems these characters face never get lost in the translation- in Friel’s eloquent words and phrases. It’s sheer poetry.

This exceptional production is filled with superb performances by its talented and young cast members, who are skillfully directed by Christy Stanlake. In her hands, these fine actors speak to the audience  with their hearts and souls – convincingly and passionately. We can understand what is happening through their passionate delivery. And that’s no easy task to achieve.

Owen (an animated Jett Watson) is the young son of Hugh (Leith Daughistani), the too-often inebriated schoolmaster. Owen’s brother, Manus (Chris Hudson)  – another teacher,  has returned home after being in Dubin for six years. Joining him is Captain Lancey, (Jonson Henry), a cartiographer, and the young Orthographer Lieutenant Yolland (Josh Goetz). They both are hired to work on a map survey of Ireland, and they spend their time Anglicizing the names of the local cities. Owen becomes the mediator – the  ‘translator’ for the Irish and English, and doesn’t have a problem with his assignment, while Yolland is anguished about the destruction of the Irish language and culture because he has fallen in love with Ireland.

I loved the scenes between Manus and Owen that were filled with sibling rivalry and the need to get the last word in. I have 5 brothers and their scenes together were so real – stressed out and frustrated with each other – while still showing so much affection towards each other. You need no translation to relate to this. And who can’t relate when one brother has his heart broken and the other returns from ‘the road’ as an assistant to his ‘captives ‘- but who is still hopeful that his job will actually sway his ‘captors’ to abandon their evil mission and help benefit his fellow countrymen.

And as if this wasn’t enough to deal with, Friel throws in a woman that both Yolland and Manus adore: Maire. Love is in the air. Maire (an Energizer Bunny-like Portia Norkaitis), who is engaged to be married, decides it’s time to escape her little town of Ballybeg and start a new life in America.But there are complications:  she is falling in love with an ‘enemy’ soldier-Lieutenant Yolland (a commanding Josh Goetz), who has not only fallen in love with her, but he is also in love with the same city and culture and language he has been trained to destroy. He can hardly speak Gaelic and she only knows a few phrases of English, and watching them navigate through each other’s phrases is a hoot, and yet, it’s very touching to see that lovers need not ‘talk so much.’ Love speaks for both of them.

Will vengeance and stalking come in to play? I’m not telling! And someone disappears and goes missing. Threats are made. What will happen to those who hold on to the glories of the past and refuse to adapt to the new changes of the present Ireland? You’ll have to come see the show this final weekend to find out.

Which leads us all back to the importance of the ensemble and the superb direction of Christy Stanlake who steers her cast through the maze that Friel has created – not only for his actors – but for the audience. Each actor plays off each other well and the chemistry is so strong and convincing, and they all deliver top-notch performances.

And kudos to the other members of the ‘team’: Leith Daghistani is mesmerizing when he recites the opening of Virgil’s Aeneid, warning that conquest is just a matter of time, and listening to him-inebriated-stumbling through the text, was pretty disturbing and funny at the same time, yet frightening. Megan Rausch is quite boisterous as Bridget, Bubba Scott is a force of nature as the naughty Doalty, and Clara Navarro was so convincing as Sarah, who can communicate a little, but who can eventually say her name.

Translations is so relevant to day and it hits home-right in the gut. Flashing in front of my face were memories of children of friends where were maimed in Iraq and Afghanistan and the hundreds of permanently injured soldiers lying in VA hospitals, and the disappearance of our soldiers who may never be found. And the questions still linger, “Why did we go into a country and force our way of life on the people?

The Masqueraders’ Translations is a thought-provoking experience in the theatre and this exceptional cast makes it an experience you won’t forget.

Running Time: Two and a half hours, plus one 15-minute intermission.

Translations continues its run this Friday and Saturday, November, 21 and 22, 2014 at Mahan Hall at The United States Naval Academy – 106 Maryland Avenue, in Annapolis, MD. For tickets, purchase them online or at the door.

Meet the Cast of ‘Translations’ at Masqueraders at the United States Naval Academy–Part 1: Jonson Henry.

Meet the Cast of ‘Translations’ at the Masqueraders at The United States Naval Academy–Part 2: Chris Hudson.

Meet the Cast of ‘Translations’ at the Masqueraders at The United States Naval Academy Part 3: Megan Rausch.

Meet the Cast of The Masqueraders’ ‘Translations’ at The United States Naval Academy–Part 4: Portia Norkaitis.

Meet the Cast of The Masqueraders’ ‘Translations’ at The United States Naval Academy–Part 6: Leith Daghistani.

Meet the Cast of The Masqueraders’ ‘Translations’ at The United States Naval Academy–Part 7: Jett Watson. 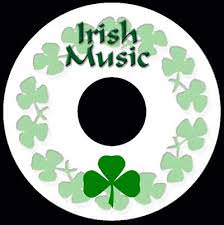