Wonder what parents think of their children taking on a role in a theater production; one that is not school-based? With that in mind, I went to NextStop Theatre Company which is producing A Charlie Brown Christmas with a cast of 25 children and young actors from all over the Northern Virginia area to pose questions to some parents.

The original animated A Charlie Brown Christmas has been a staple of the Holiday television season for nearly 50 years. We all remember the first time we saw that forlorn Christmas tree of Charlie Brown, don’t we? 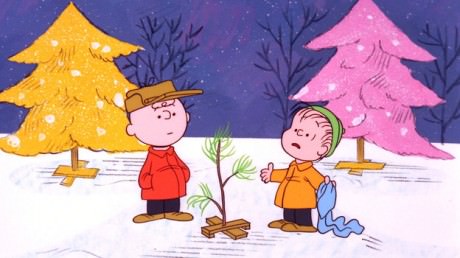 NextStop’s production of A Charlie Brown Christmas is part of its ongoing community outreach activities to introduce new generations of children and youth to the power of theater to enthrall and entertain. “It brings me so much pride and joy to be able to provide the opportunity for a new generation of kids to feel the rush of performing in a top notch production!” said NextStops’s Artistic Director Evan Hoffmann.

A Charlie Brown Christmas will be a full-scale production including many a classic Holiday song under the direction of Jennifer Lambert. Lambert has a long list of theater credits in the Northern Virginia area.”There is a special insight that kids can provide about characters that sometimes adults simply can’t. These kids really get the brilliantly created characters Shultz has given to us and they bring them to life like only youngsters can,” said Lambert. The show has such joy you want to hold onto during the holidays.”

The NextStop production will have two separate casts. This gives more children the opportunity to learn and  perform. The casts are called “Peace” and “Joy.” Performances run December 12-21, 2014 at the Dulles Corridor’s  Industrial Strength Theatre located in Herndon, Virginia.

Here are some comments from the parents who have children performing in A Charlie Brown Christmas.

Lori Gaskill (parent of Owen Gaskill, who attends Mantua Elementary, in Fairfax, VA who plays Charlie Brown): “Acting in this is such a great opportunity for Owen. Building his confidence and presence is such a phenomenal opportunity. I am thrilled with the positive and upbeat attitude everyone involved maintains and expects.”

Tania Harbourt (parent of Alexandra Harbourt, who attends Sangster Middle, in Springfield, VA  who plays Lucy): “Charlie Brown just offers great lessons for kids, plus it’s a fun experience for them. Even though it’s a story written way before their time, they can relate to the struggles that their characters face. Plus, I knew Alexandra would learn so much about acting being in this type of production…”

Melissa Romano (mother of Kieran Romano, who attends Lake Anne Elementary, in Reston, VA who plays Linus). “I love that Kieran chose to become part of the local theater community here in Reston/Herndon and am thrilled that his first role is with NextStop in this wonderful show. Working together with such a talented cast of peers and such an amazing crew is a great opportunity for making new friends and for furthering his new-found love of the stage.”

Margo Osborne (parent of Hudson Osborne, who attends Silver Brook Elementary, in Fairfax Station, VA who plays Snoopy): “Working with Jen Lambert and Next Stop Theatre helps Hudson hone his acting, communication, and listening skills. Plus, he’s having an absolute ball at rehearsals and enjoys learning about all of these colorful characters Charles Schulz created.”

Dana Van Slyke (parent of Ethan Van Slyke, who attends Lunsford Middle School, in Chantilly, VA who plays Snoopy): “Having the opportunity for Ethan to work with theatre professionals is such a privilege. Ethan loves to know all that is happening behind the scenes as well as on the stage. So the exceptional tech at NextStop is very exciting for him to experience too!”

Bryson Metcalf (parent of Henry Metcalf, who attends Herndon Middle School, Herndon, VA who plays Charlie Brown): “Working on A Charlie Brown Christmas  has been such a cool chapter in Henry’s life. He has had a great time with the cast working on character development through fun research and trivia, and the kids have learned so me. We are so thankful for the experience.”

One final comment from Director Jennifer Lambert when asked how she would like audiences to feel after seeing A Charlie Brown Christmas: “I want audiences to leave with the same joyful smile that comes to my face every time I watch these children perform this show and listen to the peaceful score that goes with it. I hope that both adults and children alike leave the theatre knowing “what Christmas is all about.”

A Charlie Brown Christmas by Charles M. Schulz, based on the television special by Bill Melendez and Lee Mendelson, with stage adaptation by Eric Schaeffer, plays December 12-21, 2014 at NextStop Theatre Company’s Industrial Strength Theatre – 269 Sunset Park Drive, in Herndon, VA. For tickets, call (866) 811-4111, or purchase them online, or at the door.