Rockin’ the Holidays, the current Christmas holiday offering from the Gay Men’s Chorus of Washington, DC (GMCW), is a winner on all levels: vocally, technically and artistically. The joyous and exuberant concert which I witnessed Saturday night, December 6, 2014, at the historic Lincoln Theatre was a watershed moment in the trajectory of the GMCW; I have never seen the GMCW sound better or more professional. I cannot help but feel that this was due in no small part to the appointment of the new Artistic Director, Thea Kano. Conducting the Chorus in a very lively and animated manner, Dr. Kano often reminded me of a female Leonard Bernstein as I watched her super-charged yet nuanced conducting style. The Chorus of such talented gay men performed individually and collectively at such a high artistic level whether singing spiritual or secular songs that, obviously, the Artistic Direction of Dr. Kano had to have been the pivot point for such a vast improvement in artistic and vocal quality.

Obviously, the teamwork of a very large ensemble of singers and stellar technical and production staff cannot be discounted –but my point is that I have never seen such a superior concert from the GMCW. Opening with a jazzy, jubilant and gospel-infused rendition of Handel’s “Hallelujah,” the audience was swept up with an overtly celebratory and soulful ambience. Often “Hallelujah” is performed in a joyful edge but this version was decidedly cutting-edge and artistically diverse in musical styles. (Arranged by Mervyn Warren, Michael O. Jackson, and Mark Kibble). Soloists Garrick Jordan and Nathan Rogers sang with power and resonance.

The performance of Amir Shirazi’s “Gloria” was very reflective and resounding in fully-rounded tones. Especially noteworthy is the manner in which Dr. Kano drew this – and every number – to closure with dramatic and haunting effect.  A sense of stillness pervaded the more reflective songs but never solidity or staidness – there was always subtext and substance under the quietude.

“See Amid the Winter Snow” by Eugene Butler was performed with a spirit of almost-ethereal beauty and purity. Content was married to technique as the beautiful content and sound of the music was enhanced by the unobtrusive procession of specific Chorus members in the aisles of the Theatre. The highly theatrical effect of the singing from members in the aisles as counterpoint to the rest of the ensemble on the stage was further enhanced by snow falling from the rafters of the stage.

The Chorus next performed the dramatic “Oseh Shalom” by Paul Leavitt – which captivated with the voices of the chorus rising and falling with surging power and resonance. Mr. Leavitt shone here with attention-grabbing piano accompaniment.

The Chorus then proceeded to sing a joyful, very unaffected and seemingly spontaneous rendition of “Mary Sat A-Rockin’” by Greg Gilpin. Stimulating and jubilant harmony was evoked in the very rhythmic and jumping version of this musical number.

The standout of a first act of highlights just might have been an extremely poetic and creative rendering of the cherished, beloved (I am showing my bias here for it is, indeed, my favorite Christmas song) classic “Silent Night” (by Franz Gruber). This most beguiling of songs was introduced as being sung in honor of those whose voices have been silenced. Beginning with the very effective solo work of Soloists Matt Beck, Dana Nearing, and Justin Ritchie, components of the Chorus fanned out into the aisles of the Theatre and candles were lit on-by one in honor of those who were no longer with us. This effect was further enhanced by the remaining members of the Chorus holding lighted candles behind a semi-transparent scrim – which produced a shadowy and resonant effect as the members continued singing  all the verses of this classic in a precise and reverent manner. The song appeared to be drawn-out as long as possible to achieve maximum dramatic effect appropriate to the somber subtext. A very moving and tear-inducing musical moment, indeed.

Act Two opened with the oft-performed “Little Drummer Boy.” I personally feel that this song can become monotonous in its incessantly repeated verses, but the artistic vision of Dr. Kano aligned with a very interesting arrangement by Ted Arthur combined to make this holiday standard interesting and vivid. To state here most emphatically – almost every musical number had a certain edgy, eclectic, and creative feel.

“Lux Aurumque” by Eric Whitacre had an almost “Zen–like” feel of peace and quiet about it. It certainly made for a nice quiet interlude at this point in the concert.

The GMCW’s version of the standard “Jingle Bells” (as performed by The Rock Creek Singers and arranged by Jay Althouse) was another refreshing change from the usual staid holiday rendering. Similar in sound to the jazzy Barbra Streisand version, this “Jingle Bells” really swung with pizzazz and verve.

Drawing towards the finale, the beloved “Have Yourself a Merry Little Christmas” (By Hugh Martin and Ralph Blaine) was rendered with just the right touch of sentiment and melancholy by the Chorus and soloist Calvin Robinson. The arrangement by Mark Haynes was wonderful.

The closing number “Christmas (Baby, Please Come Home)” was an ebullient closing number replete with a hip “blessed-out” sensibility. Indeed, the audience left the Lincoln Theatre on an upbeat note.

Of course, the artistic vision that was so ably fulfilled in this concert could not have been brought to fruition without the production, musical, and technical assistance of so many individuals; the GMCW is the ultimate example of professional teamwork in action. Kudos to John Moran (Stage Director), C. Paul Heins (Assistant Conductor), Theodore Guerrant (Principal Accompanist), Mary Scott (Bass), Paul Keelsing (Percussion), Production Managers (Barry Bugg, Ira Haber, and Larry Rosen, and House Manager (Bob Klein). All the people involved in any capacity, whatsoever, deserve applause.

Once again, it definitely appears that the appointment of Dr. Thea Kano for the position of Artistic Director (of this marvelous and hard-working large organization of gay men in love with music) was an inspired and forward-thinking decision. Executive Director Chase Maggiano should be commended as well for the oversight of this wonderful organization that gives so much to the Gay community, the community of Humanity, the musical community, and the artistic community.

Here are highlights of the show: 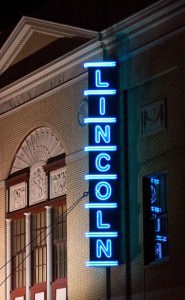 AT
THE LINCOLN THEATRE
1215 U STREET, NW, IN WASHINGTON, DC 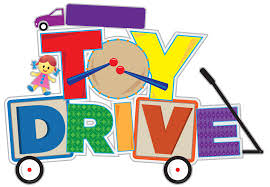 Don’t forget to bring an unwrapped toy to the concert. Our annual toy drive will benefit Community Family Life Services.

Review of Love Stinks! by John Stoltenberg on DCMetroTheaterArts.

GMCW Presents ‘Rockin’ The Holidays’ Tomorrow Night at 8 PM at The Lincoln Theatre By Craig Cipollini.

The Energy and Commitment of the Gay Men’s Chorus of Washington, DC by David Friscic.