All the world’s a stage, and much of life’s a circus. Shakespeare may not have said the second part, but his whirlwind, identity-switching, gender-bending, who’s-on-first 1602 comedy Twelfth Night, exuberantly staged by Lumina Studio Theatre at The Black Box Theatre in Silver Spring, MD suggests it as surely as As You Like It’s Jacques does the inevitable end game of the tightrope we balance on.

The two plays, believed to have been written at about the same time (along with the much staged, filmed and adapted “relationship play,” Much Ado About Nothing) both deal with the eternal verities of male-female misreadings and misunderstandings and the unpredictability and ephemerality of human desire. But Twelfth Night’s two key characters are separated by circumstance—an actual shipwreck, rather than a verbal or emotional one—and the end game for the relationships that play out in it yields a softer, more successful, more satisfying landing.

That is, of course, in the original.  In brief—which this writer is here, at her peril: the play, as written by Shakespeare, is exquisitely befuddling enough; as conceived by Lumina, with two casts, each of them covering two productions and 60 characters, and 15 of each cast’s actors playing two roles and one playing three, the achievement could arguably be seen as the theatrical equivalent of creating the iPad—the twins Viola (a very versatile Heather DeMocker, in the production I saw) and Sebastian (an effectively bewildered but determined Martin Glusker) are separated in a shipwreck and land in Illyria. Countess Olivia (a sophisticated, regally commanding Vinta Coulibaly) falls in love with Viola, who has disguised herself as a boy called Cesario and entered into the service of Duke Orsino (a sympathetic James Sleigh)—who is pursuing the Countess, using “Cesario” as an intermediary. Meanwhile, Sebastian has also fallen in love with the Countess. And Viola is gaga over the Duke. (And “Viola” is an almost perfect anagram for “Olivia.”)

Got it? Good. (No, it’s not time for refreshments yet.)

As the play opens, our Viola washes up on shore, sings sadly, and weeps. A tall, slim lady in golden gown and chin-puff beard (yes, you read that right; she is, in fact, billed as “Bearded Lady,” played by Ella Savage) enters to tenderly comfort her Behind her a huge, hulking gorilla emitting booming, calculatedly (he nods knowingly to the audience; you can even see the glint in his eye) exaggerated grunts pulls off his “head” and introduces himself. It is—I was too absorbed to write it down, but I believe it was—Dominic Massimino, who also plays Malvolio, Olivia’s steward, the stuffiest of stuffed shirts, and plays it to the hilarious hilt. As the gorilla isn’t credited, it’s possible that we are intended to see this as a mirror image of the boor, whose color choice (black, from shoes to glasses) is essentially the same as the ape’s.

In the next scene we meet Toby (Sir Toby Belch in the original; here, convincingly played by a woman, Callie Gompf-Phillips), knife-wielding, gypsy-clad and mustachioed, dancing drunkenly and making what we assume would be inappropriate jokes, if he could remember them.

In a side trip to Cleopatra-land, we will encounter a pair of antic Roman soldiers with foot-long in-your-face red plumes in their helmets, and a soothsayer berobed in a long black cassock and sporting an Oz-worthy pointy black hat who tells the glamorous pharaoh’s fortune.  (It’s not good; however, she does get to hear the kids, now accessorized  with wide, gleaming gold collars and gold chains hanging from either side of their headbands, sing “Midnight at the Oasis” with recorded guitar and band accompaniment coming from offstage.  The music, an astute and highly effective amalgam of era and genres, is the work of Music Director Wendy Lanxner.)

Yes, in this show, it’s not the story that will reach you (if it can even find you), but the entirety of the production. As I’ve noted with other Lumina shows I’ve attended, these kids are astonishingly, almost preternaturally precocious. The multisyllabic Shakespearean lines combined with or transformed by the wit and wisdom of Director David Minton and “Founder and Guiding Light” Jillian Raye, who was responsible for “so much of this adaptation” and “mentored Lumina’s young actors until her death in November 2008,” spout from their mouths as if they not only understand them, but were born speaking them. They are also astoundingly responsive to the smallest cues, nuances, and subtleties.

I cannot praise the production team enough. The costumes (kudos to Wendy Eck and Dianne Dumais) are an eye-widening combination of stylish period dress, garish vaudeville garb, outré thrift-store finds and elegant evening wear. (The gorgeous gowns and dresses worn by Coulibaly—notably a deep turquoise, white-ribbed, full-skirted cowboy girl outfit trimmed and top-to-bottom accessorized in white, down to a lacy, Scarlett O’Hara-worthy, embroidered snow-white crinoline; and a ravishing cardinal-red dress trimmed in gold, with its capacious, swishing, silk chiffon skirt—are real standouts). The comedic characters are clad in a quirky assortment of mismatched plaids, patterns, stripes, and colors; the makeup (a tip of every imaginable hat to Carl Randolph of Morphiage, LLC) complements and even augments them.

The props (plaudits to Jeff Struewing) run the gamut from the particular (an array of comedically ill-aimed weaponry) to the vehicular (a colorful go-kart emblazoned with the barker’s face that gets wheeled about, weaving precariously in and out, and bearing—and sometimes nearly heaving—various characters). The set is dominated at stage right by a five- or six-foot-high poster stretching the length of the stage (set design by Jim Porter) with images of circus acts in vivid primary colors, the word “Illyrialand”—Illyria = hysteria + hilarity?—and the toothy, grinning visage of a carnival barker.

The lighting by Eve Vawter is striking from the moment you enter the theater. A canopy of white bulbs is suspended gracefully across the stage. In the dark, dancing across the square platform at center stage are white cut-out stars of every size. As the lights come up, we see that the platform is covered in yellow stars. Imagination? Hallucination? Projection? Or . . . perception?

The choreography is masterly: getting some sixty small, junior-sized and adult-sized bodies to coordinate their movements in assorted aggregations has to be a challenge any way you slice it, but Choreographer Billy Griffis has got—dare I say it?—more than a grip on it, assembling the slices into a coherent, satisfying, “tasty” whole.

Political japes and jokes abound, as do dips into contextual and social-media trivia. This is Shakespeare for the Google-cum-Colbert generation, dazzlingly presented by the up-and-coming (and by the evidence presented here, at breakneck speed) one. The concept, according to the program notes, sets Shakespeare’s story in early 20th-century America, which gives a particularly potent and humorous incongruity to the early-21st  allusions.

And the circus concept? It’s in excellent company. According to Wikipedia, “A memorable production directed by Liviu Ciulei at the Guthrie Theater in Minneapolis, October–November 1984, was set in the context of an archetypal circus world, emphasizing its convivial, carnival tone.”

What Lumina has done is to take it a step—no, several steps—further. As Fabian (here, Fabiana, played by Gillian Gray) remarks: “If this were play’d upon a stage now, I could condemn it as an improbable fiction.” It is; and it is left to us to either “condemn” it, or embrace it. By all means see it next week, if you can. I think you’ll find that it’s a “relationship” you’ll be glad you gave a whirl.

Running Time: 2 hours and 25 minutes, with one intermission. 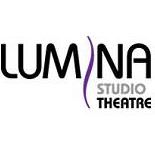 Twelfth Night plays Saturday and Sunday, December and 13 and 14, 2014 at Lumina Studio Theatre performing at The Black Box Theatre-8641 Colesville Road, in Silver Spring, MD. For tickets, call (800) 838-3006, or purchase them online for Green Cast and Plum Cast.