As a treat for the entire family, or an early Christmas gift, there is none better than C.S. Lewis’ classic tale of The Lion, the Witch and the Wardrobe now playing at Providence Players of Fairfax. The battle of good versus evil is a universal one, but when situated within a lush forest setting complete with mythical animals who talk to humans, young and old audiences alike will find it easy to set aside reality for a short time in order to enter the magical land of Narnia.

Dramatized by award-winning playwright Joseph Robinette and directed with much love and imagination by Brian O’Connor (who also designed the clever set and sound design), the play, was originally authored in 1950 for a child audience. The play’s theme is a timeless one. An allegorical representation of a Christ figure as wise, compassionate, mystical and magical is evidenced in the main character Aslan (Bill Fleming) the Great Lion; the innocence of children in Lucy (Kyleigh Friel), Edmund (Nicholas Carlin), Susan (Rachel Yeager), and Peter (Ethan Phillips); Greek and Roman mythological characters symbolic of good in a unicorn (Iris Berendes-Dean); a centaur (Gabriel Spratt); a faun named Mr. Tumnus (Kristen Pilgrim); and a giant-sized man, Father Christmas (Zach Todd), adorned in half-woodsman half-Santa Claus clothing bearing tools for weapons instead of toys. The skill level of these actors was very impressive because they moved with assurance and confidence throughout the entire play, never missing a word or a step.

I want to congratulate each and every member of this talented family of actors of all ages. I enjoyed every one of your heartwarming and passionate performances.

I was also impressed by Jimmy Gertzog and Jason Hamrick’s lighting design, the many effective stage props by Judi Deatherage, and the intensity of the sound design/effects by Brian O”Connor, and the colorful costumes by Robbie Snow, which greatly complimented the actors and helped to tell the story. Interestingly, as if conflicted between doing good and doing evil, the Foxes helped the children along the way to Aslan. For me, this reflects human nature’s eternal struggle.

Another conflict well-performed is in the character White Stag (Stephanie Celem), wherein Lucy states, “We all done wrong at one time or another but have the power to do right” thus supportive of the Christian ethos of repentance and free will. According to legend, whoever catches the White Stag will have their wishes granted. In contrast to white symbolizing Christian values, I especially appreciate how the contrasting whiteness of the White Witch’s makeup by Beth Harrison, and hair and clothing lent itself to her character’s role of evil, malevolence, and death. Very cleverly done.

As the play unfolds, Aslan, the true king of Narnia, a mythical land, returns from a hundred year hiatus wherein the Narnian people, animals, and mythical creatures live under the tyrannical rule of the White Witch who condemns the land to endless winters without Christmas (symbolic of Jesus Christ’s birth; light, joy, innocence, hope) and turns hundreds of Aslan’s followers to stone.

Citing Deep Magic from the Dawn of Time the White Witch claims power over all traitors (humans) who enter Narnia, thus sealing Edmund’s fate. But Aslan offers himself (Christ’s redemption for Man) in Edmund’s place, so the Witch kills Aslan. Again, representative of Christ’s resurrection story, as nymphs approach Aslan’s body to remove the bonds, the Stone Table upon which he lays breaks and they find instead that his body is gone. Subsequently, however, Aslan reappears alive and well, thanks to a Deeper Magic from before the Dawn of Time of which the White Witch was not aware. Aslan explains that the Deeper Magic is invoked when an innocent (i.e., Jesus Christ) willingly offers his life in place of a traitor’s, causing death itself to be reversed until the victim is reborn. And how appropriate as we are about to celebrate the birth of Jesus Christ who made the ultimate sacrifice to save us from our sins.

What was clear to me when watching the performance was the love that the audience showered on the actors and the immense joy the cast showed while performing their roles. The actors clearly felt the love and each rose admirably in response with a superb delivery of their individual parts. Their mutual lovefest was touching and over-the-top in encouragement and enthusiasm. 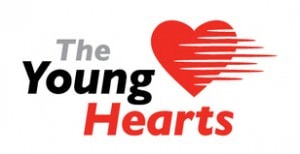 Later I learned that this was in part due to a long established and ongoing relationship of families interacting with the Young Hearts Club and Young Hearts Foundation, which is dedicated to the fight against blood cancers and lymphomas. Half of the proceeds of all shows go to benefit Young Hearts.

Providence Players of Fairfax’s The Lion, the Witch and the Wardrobe is a ‘must see’ production this holiday season that the entire family will enjoy. I took my granddaughter Malina with me and she adored the show, so much that she insisted she take a picture with the cast before she agreed to go home.

And by buying tickets to see this visual feast, you will be helping others in need. And isn’t that what Christmas is all about?