The staff of DCMetroTheaterArts is honored to announce that their 2014 Special Awards have been awarded to: 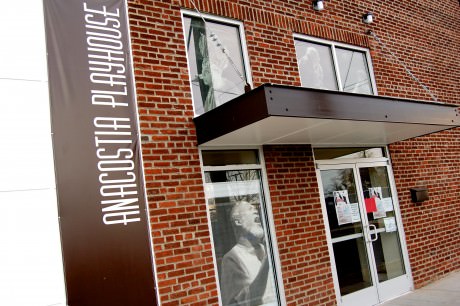 Since it opened in July 2013, The Anacostia Playhouse has become home for several of our most creative smaller theatre companies in the DC Metro area, including Theater Alliance and Scena Theatre. Thanks to Julia Robey Christian and Adele Robey for your vision, leadership, and dedication. 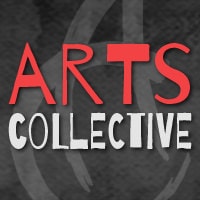 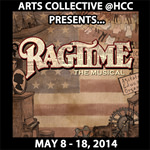 Arts Collective @ HCC had a banner year with their exceptional productions of Ragtime and It’s a Wonderful Life. Under the leadership of Executive Producer Valerie Lash, Producing Artistic Director Susan G. Kramer, Associate Artistic and Managing Director Grace Anastasiadis, and Office Manager Darius McKeiver, they have touched so many lives and continue to produce high-quality and moving productions, and improv (WHAT IMPROV GROUP?!?!) and dance events (ACDC Dance Company).

Sara Barker for her gender-bending performance as Orlando in Orlando, by Sarah Ruhl, at WSC Avant Bard.

From Playing (with) Gender in WSC Avant Bard’s ‘Orlando’: Acting Insights from Sara Barker and Jay Hardee by John Stoltenberg:

“Sara then explained her cross-gender role in Orlando: “I’ll be playing a boy who’s 16 years-old at the beginning, an aristocrat in Elizabethan England. He’s a young poet, he has poetry in his heart, he wants ever so much to write a great poem—yet he can’t, because as an aristocrat he’s never had to want for anything in his life, and that prevents him from getting at the real, the sublime. So he has to live some—in this play he has to live about 500 years. He’s earnest but he’s naive. He’s also at the same time incredibly charming.”

“I asked Sara how her performance as boy Orlando will differ from her other cross-gender characters. “He’s a wannabe poet,” Sara said. “And there’s something embodying that kind of heart and that kind of soul of poetry—something more grounded, more real. Maybe because Orlando is a poet, I don’t think it’s that much of a stretch, or that over-the-top, for me to be playing as a boy. I feel very close to him. Because teenagers, you know—whatever gender you identify with, you’re all going through some raging hormones. There’s a lot of insecurity that is very common to both male female gender roles as teenagers. When we meet Orlando, we get to see him through his 20s, and when he hits 30 he turns into a woman. To me, something about being a young poet always comes through.

Even though Orlando talks about cracking men over the head, running them through with a sword, he’s not like Hotspur, who’s an actual warrior. There’s not a huge amount of machoism to him.”

A short drive on Greenspring Avenue through the autumn trees that leads to the Hannah More Arts Center on the campus of St. Timothy’s School is a hidden gem: Charm City Players. Founded in 2011 as a 501(c)(3), Stephen and Chrissy Napp are celebrating Charm City Players‘ 1st birthday with four successful shows –Annie, Legally Blonde, The Sound of Music, and The Wizard of Oz.  And to watch families working together on the stage is so heartwarming and charming. Chrissy says, “The most rewarding are the families that participate with their children in the show; mom helps with the costumes or dad takes on a role. Siblings, twins – it’s a family affair.” 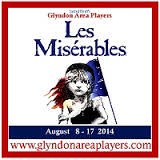 As for The Glyndon Area Players. the troupe describes itself as “the theatre-in-residence at Sacred Heart Parish.” Founded in 1998, GAP was established as a creative outlet to showcase the talent of Glyndon, Reisterstown, and the surrounding Maryland communities. To accomplish this, every GAP show encourages and embraces participation by all groups in the local, and (now) greater Baltimore community, both on-stage and behind the scenes. Their production of Les Misérables was riveting. 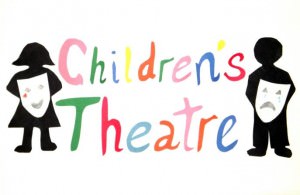 A big thank you to all the children’s theatres in the MD, VA, and DC area that entertain and inspire young theatre goers and their families.

Black Rock Center for the Arts

The Children’s Playhouse of Maryland

Saturday Morning at The National

Ford’s Theatre and A Christmas Carol for partnering with Thrive DC to raise money for the homeless.

“This is the sixth year that Ford’s Theatre has partnered with a local non-profit during its run of A Christmas Carol. In the past five years, the acting company has raised more than $375,000 for local charities, including Covenant House Washington, Martha’s Table, Miriam’s Kitchen, So Others Might Eat (SOME) and Bread for theCity, to help sustain their work with thousands in the D.C.-area who struggle with hunger and homelessness.” 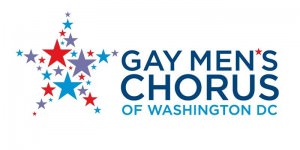 It was a banner year for the Gay Men’s Chorus of Washington, DC which performed serious-themed chorale music to outlandish spoofs of Broadway musicals (Von Trapped) and send-ups to cabarets (Love Stinks!). Everything on stage was a collaborative effort from the chorus members singing in beautiful harmony to the soloists to the more theatrical members of the chorus engaging in parody and outlandish satire. The musicianship of this vigorous group was always of the highest order.

Their recent program Rockin’ the Holidays was a joyous smash hit! As our reviewer David Friscic said, “It was a watershed moment in the trajectory of the GMCW, and this was due in no small part to the appointment of the new Artistic Director, Dr. Thea Kano.” We can’t wait to see what the “Kano Era” will bring, but what we saw earlier this month excites us, and we’ll be there to enjoy it and to cover it.

And more exciting news has come from the Chorus this past week with the announcement of the creation of the GenOut Chorus: “the youth outreach program of the Gay Men’s Chorus of Washington, DC, empowers lesbian, gay, bisexual, transgender, questioning and allied youth, using the mission of the Chorus to create and nurture positive and affirming life experiences for all people.”

We can’t wait to see what the “Kano Era” will bring, but what we saw earlier this month excites us, and we’ll be there to enjoy it and to cover it. 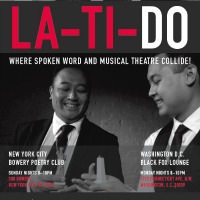 This is the 3rd straight year that we have honored Don Michael Mendoza and Regie Cabico’s La-Ti-Do. As they are about to start a new chapter in their new venue–James Hoban’s Irish Restaurant and Bar – 1 Dupont Circle, NW, in Washington, DC, starting on Monday, January 12, 2015 at 8 pm. La-Ti-Do has filled a void in the DC arts scene, with their weekly cabaret performances of music and spoken word. Their events not only simultaneously showcased up-and-coming and professional artists, but they fostered the community of artists in the DC/MD/VA area.

Every year Laurel Mill Playhouse under the leadership of Maureen Rogers reaches out to diverse groups in their community. They run Saturday kid’s training programs and senior programs at local community centers.  The theater then gives these groups a forum to present productions from a teen Shakespearean play (The Taming of the Shrew) to a chance for these young thespians to perform productions in their Young Adult One Festival. They even produced Peter Pan Jr. in August. LMP also encourages these future theatrical individuals to learn backstage technical mechanics.  It is not unusual to see a young person running lights or doing props.

This year they had production with only seniors, Love Letters, from a group that meets at the local community center.  It gave these, sometimes beginning, actors a chance to perform in front of an audience.

LMP also does a wide range of productions from classics, You Can’t Take it With You, to more edgy works like  The Wild Party and For Colored Girls Who Have Considered Suicide When the Rainbow is not Enuf.

They also occasionally do original scripts. Somehow, they manage to do this in a tiny theater, doing whatever they can to keep their funding and bring in enough money to stay open. 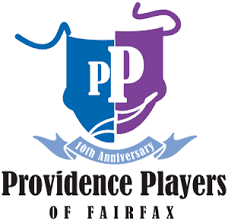 We honor Providence Players of Fairfax not only for its high-quality productions, but also for its community outreach with its Theater Community Inclusion Project. “To serve, providing quality, affordable theater to existing patrons while building new audiences for the future, particularly youth and underserved communities.” They provide concessions for each mainstage production, where the proceeds from concession sales are donated to that organization. They provide free tickets to students and their teachers and families and guests and work local non-profit partners- including Young Hearts  and Capital Caring. In fact, their current production of The Lion, The Witch and The Wardrobe is raising money for Young Hearts). We salute Providence Players of Fairfax for their fine work and for their generosity. 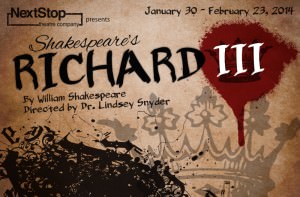 Special Award to NextStop Theatre Company and Director Dr. Lindsey D. Snyder, for creating a Richard III in which Richard is actually deaf, reliant on American Sign Language and other men to communicate with the public, at the Court, and even in his own family. 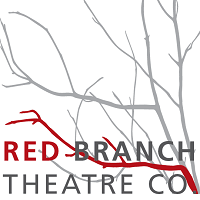 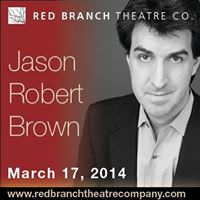 Columbia’s little Red Branch Theatre Company enjoyed a growth spurt in 2014. The cozy neighborhood playhouse cemented a bond with Broadway composer Jason Robert Brown, not only through its stagings of his musical shows, but via an intimate cabaret with the man himself. In March, Brown journeyed to Howard County to perform live in I Could Be in Love With Someone Like You, even surrounding himself with some of Red Branch’s rising young talents. Workshops don’t get any more direct or valuable than that. Congrats to Managing Director Tiffany Underwood Holmes and Co-Founder, Executive Producer, and Director Stephanie Lynn Williams, and Resident Dance & Fight Choreographer Jenny Male.

“Ari Roth’s season programming at Theater J has set Metro DC’s highest bar for consistently intelligent and engaging theatergoing experiences. Every play he selects is not only a work of extraordinary artistic craft; it’s a principled insight into what matters in the real world. For frothy and insular theatrical illusion, look elsewhere. For the uncompromising power of theater to illuminate our times, look to what Ari picks to put on stage. Nobody in town does it better.”

With 2nd Star Productions you are always assured of seeing top-notch plays and musicals and in 2014 their productions of Children of Eden and Twelve Angry Men were filled with many of this area’s most talented actors and singers. Lead by their superb designer Jane Wingard, 2nd Star Productions is a real community of volunteers who work together to produce some of the best work in the DC Metro area. 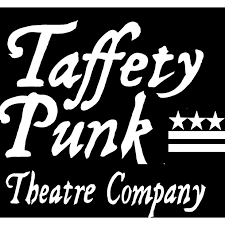 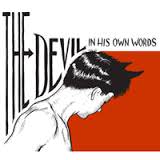 To Taffety Punk Theatre Company for 10 years of exciting and innovative theater, and especially for the new production of The Devil in His Own Words by Marcus Kyd. This merry “theatre band” has charmed the District for 10 years, linking acting, dance, and music to create vivid, relevant, and affordable theatre. 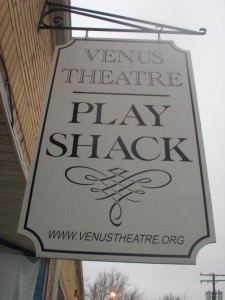 Venus Theatre Company, under the artistic direction of Deb Randall, reached an extraordinary milestone this year: 50 productions in eight years—all at its intimate and homey-funky storefront Play Shack in Laurel, Maryland. Among of the longest-running women’s theaters in the world, and one of the very few such professional companies, Venus Theatre is committed to producing work that raises the volume of women’s voices. To which we say, “Hear hear!”

Matthew R. Wilson of Faction of Fools Theatre Company for expanding appreciation of commedia dell’Arte and physical theatre and making it contemporary while staying true to its roots. 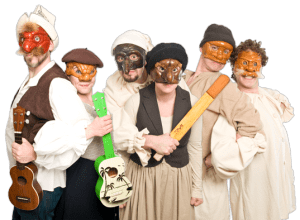 We honor Matthew R. Wilson of Faction of Fools Theatre Company for expanding appreciation of commedia dell’Arte and physical theatre and making it contemporary while staying true to its roots. 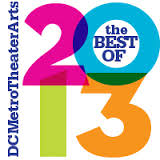 Here are DCMetroTheaterArts Special Awards of 2013.