UPDATE: Here is the list of 2015 Helen Hayes Award Nominees. 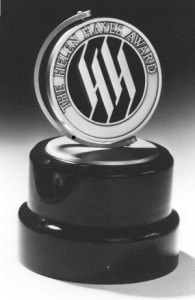 This is the first time that the 2014 Awards Process will be effect, producing the 47 categories of nominations.

Watch the nominations live here or below on YouTube

Here’s a Look back at last year’s nominations and awards.

Tonight at 7:20 PM: The 2014 Helen Hayes Awards Nominations Will Be Announced & Looking Back at Last Year’s Nominations and Recipients.

Interviews with the 2014 Helen Hayes Nominees: Part 1: David Gregory (Usnavi in ‘In the Heights’).

Interviews with the 2014 Helen Hayes Nominees: Part 2: Tobias Young (Piragua Man in ‘In the Heights’).