Introduce yourself to our readers, and tell us the kind of work that you do. Tell us a bit about UrbanArias. 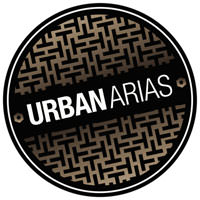 Wood: UrbanArias is a five-year-old company dedicated to producing short (defined as 90 minutes or less), contemporary (defined as written within the last 40 years) opera. Blue Viola is our fourth commission and will be our fifth world premiere. We perform in a black box theater, and our audiences have come to love our intimate and creative stagings of compelling modern opera. We also present evenings of mini-opera (very short operas, like 10 minutes long) and “Opera Improv”, which is exactly what it sounds like: intrepid singers making up sung skits on the spot based on audience suggestions.

Boresi: UrbanArias is doing important work, and with an aesthetic and philosophy we appreciate. Maestro Wood and his hard working group are commissioning and producing new and rarely performed work that is contemporary but accessible to audiences and affordable to produce. Surely it is a boon to the DC area, but we hope the rest of the country is taking note, and the pieces he’s put on deserve continued life at many more companies and training programs.

Tell us a bit about Blue Viola, the new operetta that will be work shopped for the public at Arena Stage on January 31 and February 1. The true story that Blue Viola is based on is fascinating. How closely does the libretto follow what really happened?

Boresi: The spine of the narrative, that a prized CSO viola was lost in Chicago, found its way into the hands of a junk man, was stolen by his girlfriend and her scheming associate who attempted to sell it, and revealed a secret hundreds of years old – is true! There were dangerous people involved, and novice criminals as well, and while we’ve taken license with some implications of offstage violence, the truth is so often stranger than fiction.

We think the story, aside from a darkly comic thriller, provides a jumping off point for a discussion about class and classical music. We explore the impressions people without easy access to the classical world have about high art.

How will the upcoming workshop of Blue Viola differ from a fully staged production?

Boresi: Aside from not being full realized with staging and design, the big difference will come in the orchestrations.

Hilliard: We hope to find out whether the narrative arc of the piece is working in the opera’s current form. There is no way of knowing that without hearing the work sung and played by actual people and feeling the piece as a totality. After we see this reading, we may need to make adjustments to the opera based on what we saw. In February, I’ll be hard at work revising and then orchestrating the opera for a small and colorful ensemble of mostly lower instruments, to compliment the viola solo that will also appear in the final incarnation of the work. That orchestration is going to make the work much more vivid, but orchestrating the piece comes at the very end of the process, once we’ve made sure we like the superstructure we’ve devised. In some ways, this reading is a very detailed sketch. In March, you’ll see a fully realized vision in rich and vibrant color.

What do you hope to gain from work shopping this new operetta?

Boresi: I wouldn’t call this an operetta. It’s a new opera. This piece has a strong linear narrative and, we hope, boldly drawn characters. It takes extra work to make sure the story flows and ready clearly, and that the characters voices are realistic. We want to experiment with the balance of comedy and darkness, as well.

Hilliard: This work is a departure from our other operas in some respects: the musical texture is very densely woven with some key themes layered throughout. There are strong aria moments, but one of my goals was to allow the music to follow a conversation and a narrative as subtly as possible, without pausing much for musical ‘numbers’. The writing of work like that is really time consuming and it’s difficult in my studio to gauge how well that narrative is coming across.

Humor in particular is something that’s difficult to craft in an operatic setting. Matt and I are always using comedy in our work, and generally there is something to laugh at in a Hilliard and Boresi Opera. There’s really no way without an audience to know whether you’re setting up scenes and moments correctly to release whatever humor is there. I’m hoping to see if things mean for others something like what they mean for me at the piano.

Contemporary opera may seem like an oxymoron to many casual theatre-goers; what makes opera a unique and interesting form of performance?

Boresi: It’s a shame contemporary, American opera is such a foreign concept to many people. The music in any operatic piece is unusually rich, and the harmonies often have as much to say as the narrative and melodies, plus the singing never stops, so emotions are heightened and thrilling. There may be no more exciting type of live performance than opera done right.

Hilliard: Opera means many things these days, but for me, opera is a place where the music is a strong storyteller, an equal partner in the creation of drama. As Joseph Kerman put it, “Music articulates the drama.” In a musical, the music needs to help the lyric along, and the lyric is charged with the task of making the music the handmaiden of the drama. To me, a work isn’t an opera unless the music does more than just make a story enjoyable. It has to create a world and inhabit it with characters. Others may see it differently, but that’s what I’ve always found electric about opera; the music is in the driver’s seat of the story.

It’s also worth mentioning that singers of contemporary opera are, by necessity, some of the smartest and most daring musicians in the world. A true classically trained voice is one of the wonders of the world; to hear someone make that beautiful and powerful a sound, with great care and control, but with absolute freedom is something like seeing a major league pitcher, a boxer, or a ballet dancer. It is astonishing that human beings can do what a good opera singer does.

What is UrbanArias’ process for gathering and developing new sung works?

Wood: UrbanArias goes about this in a few ways. We are in close contact with organizations like American Opera Projects, which develops several new projects each year.  We pay attention to works featured at Opera America’s New Works Forum, which highlights what others have commissioned. We make sure to acquaint ourselves with composers and librettists who are both established and emerging, and when we like what we hear, we approach them about producing one of their existing works, or commissioning a new one. In the case of Peter and Matt, we were enchanted by their comic intermezzo THE FILTHY HABIT, and programmed it with new orchestrations in our second year. It was such a success, both critically and with our audience, that when we became eligible for funding from the National Endowment for the Arts, we immediately decided to commission a new work from this talented pair. The NEA has generously helped to fund not only the commission, but the upcoming world premiere production as well.

What kinds of new operatic works jump out at you and make you say “wow”?

Hilliard: I think opera is on the cusp of a brand new phase. The last few years have been tough on some traditional opera companies, but there seems to be a real drive in young writers to figure out what opera is about. Jake Heggie’s Dead Man Walking seems to be getting some great traction, which is really important. New works need multiple productions to thrive, but it’s hard for works to enter the repertory. I admire Osvaldo Golijov, Lori Laitman, Jennifer Higdon, Nico Muhly and John Adams immensely. I will confess, that some new opera I hear now and then is not narrative enough for my taste. There is, of course, room in opera for just about any kind of musical expression, but tying into my earlier thoughts on what is distinctive about opera, I feel strongly that music needs to be in the service of compelling storytelling. With so many new voices at work, I’m sure we’ll see great strides in the next few decades.

After the workshop on January 31 and February 1, what is next for Blue Viola? Can we expect a fully staged production sometime this year?

Boresi: Yes, indeed! Blue Viola will receive it’s official world premiere March 20 – 29, 2015. Presented by UrbanArias at Artisphere. Directed by the much admired director Tazewell Thompson, who has a rich history of productions in the DC area. Conducted by UrbanArias Executive and Artistic Director Robert Wood.  Tickets are available now at http://urbanarias.org.

What do you want audiences to take away from Blue Viola?

Hilliard: We want people to have a genuinely exciting experience at the opera. We want them to laugh and we want them at the edge of their seat, and to hear a Blues-infused operatic score unlike anything they’ve ever heard. Opera in the 20th (and 21st century) has too often been alienating in its intellectualism and musical politicking. This, we hope, will be a beautifully sung and played work of lyric theatre.