Arena Stage at the Mead Center for American Theater announced its 2015/2016 Schedule. 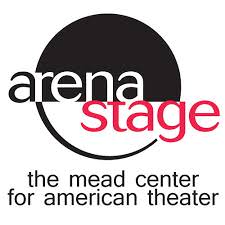 After living in virtual obscurity, Evan Hansen is about to go viral. Not on purpose, but because of a private letter becoming much too public. From Tony Award nominees Benj Pasek and Justin Paul (A Christmas Story, Dogfight), with an original book by Steven Levenson (Masters of Sex), comes a new musical about connections lost and found, as two families seek answers to some of the hardest questions life could ever ask them. Three-time Tony Award nominee Michael Greif (Rent, Next to Normal) directs this contemporary story of hope, heartache and the things in life we can’t live without—friends, family and a sense of belonging.

On a stormy night in Bellarica, Mexico, two baby girls are born—one into a life of privilege and one into a life of poverty. When the newborns are swapped by a former beauty queen with an insatiable lust for power the stage is set for two outrageous misfortunes to grow into one remarkable destiny. “A writer of comedic skill” (Variety), Helen Hayes Award-winning playwright Karen Zacarías (The Book Club Play) infuses the Mexican telenovela genre with music, high drama and burning passion to make for a fast-paced modern comedy. Part of the Women’s Voices Theater Festival.

From the Engel twins, who created the smash hit Red Hot Patriot: The Kick-Ass Wit of Molly Ivins, comes a new look at one of our country’s most beloved voices, who captured the frustrations of her generation by asking, “If life is a bowl of cherries, what am I doing in the pits?” Erma Bombeck dispensed wit and wisdom for more than 30 years as the most widely syndicated humor columnist in America. Discover the story behind the award-winning humorist who championed women’s lives with charm and humor that sprang from the most unexpected place of all—the truth. Part of the Women’s Voices Theater Festival.

Consider yourself invited to the theatrical event of the holiday season. Charles Dickens’ unforgettable characters burst to life in this classic Tony Award-winning musical about an innocent orphan thrown into the dark world of double-dealing thieves and conmen of 19th-century London. Bursting with jubilant songs, including “You’ve Got to Pick a Pocket or Two,” “Consider Yourself,” “Where is Love?” and the scrumptious “Food, Glorious Food,” director Molly Smith (Fiddler on the Roof, Oklahoma!) will serve up a musical feast for the eyes and ears that will have every theater-lover calling out for “More!”

Children’s Theatre Company’s world-premiere adaptation
Akeelah and the Bee
By Cheryl L. West
Directed by Charles Randolph-Wright
In the Kreeger Theater / November 13-December 27, 2015
Based on the beloved film, Akeelah and the Bee tells the story of an independent 11-year-old from the Chicago projects whose razor-sharp mind keeps her one step ahead of the game in the neighborhood … but is it enough to get her to the top? Akeelah must turn to family, friends and a few unlikely mentors if she’s going to survive the final round of the Scripps National Spelling Bee. Playwright Cheryl L. West (Pullman Porter Blues) and director Charles Randolph-Wright (Ruined) bring this spirited adaptation to life this holiday season.

A group of close friends shares everything: drinks, secrets and laughs. But when rumors of layoffs shake up the local steel mill, the fragile bonds of their community begin to fray and a horrific crime sends shock waves across two generations. This gripping world premiere by acclaimed Pulitzer Prize winner Lynn Nottage (Ruined) explores America’s industrial decline at the turn of the millennium by examining the inhabitants of one Pennsylvania town who still struggle to reclaim what’s lost, find redemption and redefine themselves in a new century. Co-commissioned with Oregon Shakespeare Festival.

The City of Conversation
By Anthony Giardina
Directed by Doug Hughes
In the Fichandler Stage / January 29-March 6, 2016

Politics and family make for polarizing bedfellows in this juicy new play and recent Off-Broadway triumph. Georgetown hostess, Hester Ferris, runs in an elite circle, opening her home for political foes to lay down arms and raise a glass. When her son’s formidable, conservative wife comes on the scene, the parlor pleasantries of D.C.’s past descend into entrenched posturing and an ultimatum that could implode the family. Follow the Ferris clan from the end of Carter’s presidency through the Reagan era and into Obama’s game-changing inauguration in this “smart, literate and funny” (New York Times) inside look at the theater of politics and the politics of conversation.

The Lion
Written and performed by Benjamin Scheuer
Directed by Sean Daniels
In association with Eva Price
In the Arlene and Robert Kogod Cradle / February 26-April 3, 2016

Some stories have to be sung. Writer/performer Benjamin Scheuer uses his guitar—actually, six guitars—in this wholly original musical experience that tells a coming-of-age story that “lifts the spirit” (Time Out New York). The award-winning songwriter inspires and disarms with his raw wit and emotional depth as he leads you on a rock ‘n’ roll journey from boyhood to manhood, through pain and healing, to discover the redemptive power of music. Don’t miss the show the New York Daily News calls “an irresistible winner.” Much like its hero, The Lion roars.

All the Way
By Robert Schenkkan
In the Fichandler Stage / April 1-May 8, 2016

It’s not personal, it’s politics in this 2014 Tony Award-winning drama. President Lyndon Baines Johnson had a way about him. He could massage a victory with one hand and sell you down the river with the other, but brokering a deal is like playing with dynamite. With the country still reeling from President Kennedy’s assassination and a rising tide of bitterness over Civil Rights, it’ll take more than politicking to hold America together—it’ll take red, white and blue-blooded leadership. Go all the way with LBJ, Martin Luther King, J. Edgar Hoover and more in this “sure-fire, action-packed hit” (Huffington Post) where the line between compromise and compromising your principles is as sharp as a knife.

All The Way is generously sponsored by Altria Group. Additional support for All the Way is provided by the David Bruce Smith Foundation.

From Ayad Akhtar comes the “breathtaking, raw and blistering” (AP), Pulitzer Prize-winning play about the clash between modern culture and ancient faiths. The son of South-Asian immigrants, Amir has worked hard to achieve the American Dream—complete with a successful career, a beautiful wife and $600 custom-tailored shirts. But has he removed himself too far from his roots? And when a friendly dinner party conversation rockets out of control, will the internal battle between his culture and his identity raze all that he’s worked so hard to achieve? Hailed as “terrific, turbulent, with fresh currents of dramatic electricity” (New York Times), this incendiary examination of one’s self and one’s beliefs will leave you breathless.

*Plays, artists and dates are subject to change.

Subscription packages are now on sale and may be purchased by calling the Arena Stage Sales Office at (202) 488-3300 or by visiting arenastage.org.

Arena Stage at the Mead Center for American Theater, under the leadership of Artistic Director Molly Smith and Executive Producer Edgar Dobie, is a national center dedicated to American voices and artists. Arena Stage produces plays of all that is passionate, profound, deep and dangerous in the American spirit, and presents diverse and ground-breaking work from some of the best artists around the country. Arena Stage is committed to commissioning and developing new plays through the American Voices New Play Institute. Arena Stage impacts the lives of over 10,000 students annually through its work in community engagement. Now in its seventh decade, Arena Stage serves a diverse annual audience of more than 300,000. arenastage.org.

[This was sent to me by Arena Stage Press: Greta Hays and Kirstin Franko].