2015 is a season of exploration for the Flying Muskrat Theatre Company. After soaring to new heights in 2014 with the original collaboration She Speaks, and the acclaimed Gruesome Playground Injuries, we think this season has the potential to be better than ever.

This season, The Muskrats head back to Mason District Park and put their spin on a classic, show off the work of talented local playwrights, and take on challenging, important, and hilarious modern drama. 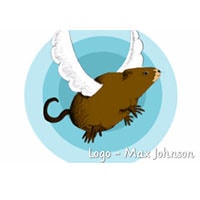 Rosencrantz and Guildenstern are Dead is arguably the original reimagined classic, and we look forward to presenting Shakespeare in the Park in our unique way! Nathan Vasquez is the inaugural participant in our new Young Guest Artists program, where we offer promising young professionals around the region a stipend to design, direct, or stage manage a main stage show. We’re excited to have Nathan on board, and you won’t want to miss his work!

If you’ve never participated in, or been to a 24 hour theatre festival, you must sign up for or come see Lust, Lies, and Lesbians. A one-of-a-kind event in Northern Virginia, Lust aims to take six plays from the drawing board to the main stage in just twenty four hours time. What you see performed at 8:00pm on June 27 will not even have been written on June 26 at 8:00pm. It’s a unique, collaborative, and intimate experience for all involved.

The Altruists, directed by FMTC artistic director Brennan Jones, finds a New York soap opera actress behaving badly, who calls on the aid of her social worker brother, the leader of a tiny band of “radicals” busy protesting and marching for every cause imaginable, to come to her aid after she has “accidentally” shot her boyfriend. The play, characteristic of Silver’s work, is a wacky hilarious satire of the millennial generation and their entanglements—gay, lesbian, bisexual, straight, political, personal, and criminal.

You can purchase a season subscription here, or buy tickets to individual shows at flyingmuskrats.org.

Auditions for the season are also coming up shortly.