Tickets are now on sale for Pallas Theatre Collective’s fifth season, titled A Season of Washington – A Season of Women. Each work this season focuses on a strong female character and takes place in our Nation’s Capital. Tickets available here. 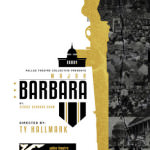 The season kicks off with George Bernard Shaw’s Major Barbara, directed by Pallas Artistic Director Ty Hallmark. Shaw’s great drama of moral ambiguity places the Undershaft family in 1930s Washington, DC, when the Bonus Army camped on the banks of the Anacostia River. Major Barbara grapples with gun culture and class warfare as we live in a world decades deep in wartime economies and racial strife. Pallas is proud to present this production at the Anacostia Arts Center May 14-24, 2015.

The next production will be the world premiere musical Code Name: Cynthia, by Steve and Karen Multer. Based on the true story of a World War II patriot, a mysterious mastermind blackmails stunning beauty Betty Thorpe (Code name: Cynthia) back into intelligence for the Allies. Betty seduces the enemy to save civilization from a ruthless dictator and her own delicate world from falling to pieces. Code Name: Cynthia was the winner of Pallas’s 2014 TableRead, and will also receive a reading on July 9, 2015 at the International Spy Museum. Performances will be July 30- August 16, 2015  at the Anacostia Arts Center. 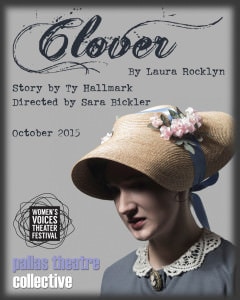 The season culminates with Pallas’s contribution to the Women’s Voices Theater Festival in October. Clover, written by Laura Rocklyn with story by Ty Hallmark, tells the tale of the gregarious, intelligent, and worldly Clover Adams. Clover dove into the political and social scene upon arriving in DC in the 1870s. But in 1885, the darker forces that brewed through her family line finally caught Clover in their grasp. Directed by Sara Bickler, Clover will connect today’s Washington audience to Clover’s Washington. The Women’s Voices Theater Festival, which boasts participation from more than 50 theaters throughout the Nation’s Capital region, is dedicated to featuring new work by female playwrights and highlighting the scope of plays being written by women. More information on the two-month festival will be announced at a later date. 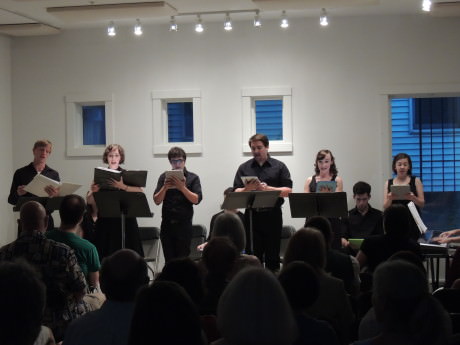 In addition to its mainstage season, Pallas is presenting two smaller works. In June, Pallas will present its fifth annual TableRead—a reading of a new musical that will receive a full production in the following year; this will occur on July 14, 2015 at the Anacostia Arts Center. In July, Pallas will participate in the Capital Fringe Festival with the play No AIDS, No Maids: Stories I Can’t F*ckin’ Hear No More. This one-woman play by Dee Dee Batteast explores some of the obstacles minority actors face within the confines of American theatre (location and dates to be announced).

Pallas Theatre Collective exists to showcase and highlight American voices and the multiplicity of their perspectives through theatre. We seek to identify, develop, and preserve new voices, especially those often unheard. We desire to be an incubator for talented and visionary artists, providing resources and a home for theatrical practitioners to share their voices in the Washington, D.C. area and around the United States. Pallas’s mission includes two hallmarks: (1) to foster the continuation of the American musical theatre legacy, and (2) to assist in the growth of theatre artists as they share their own American stories. We, as an artistic collective, seek to reflect the diversity of American life and creativity on our stage.