SER: A Reboot of the Classic Dishes of Spain

Last summer when the Ballston Business Improvement District sent out an all-call seeking innovative restaurant concepts, the husband and wife team of Javier Candon and Christiana Campos-Candon and their associate Josu Zubikarai geared up for the local competition.  The challenge included some pretty heavy hitters in the restaurant industry, but the trio had already formulated a solid business plan – – they were just waiting to find the capital and the opportunity to launch their restaurant. Ever since they were declared the winners (which included a one-year rent-free restaurant space lease, an 11-year lease option, a quarter of a million dollars in interest-free loans, and other related perks), this experienced team has been hard at work making their dream become reality.

Last week in advance of their grand opening I dined at the trio’s gleaming glass-enclosed restaurant, SER.  I knew Chef Zubikarai’s culinary expertise from his decades of helming the kitchen at DC’s glamorous Taberna del Alabardero.  A few years ago I wrote about his revamping of La Tasca’s menu when the small, privately owned, local chain summoned the Basque native back to our shores to for a redesign of their menu.  And I had already known Javier from his decades-old tenure as Taberna’s manager when I worked for an international consulting company that hosted private dinners at the prestigious restaurant bringing together Spain’s elite and high-level U.S. business leaders.  But I had yet to meet Christiana, a beautiful and elegant businesswoman who has been an award-winning force in public relations for over 20 years.  Adding to this team of veterans is David Sierra, former Sous Chef of Fiola Mare DC, and Merv Laihow, who previously managed The Green Pig in Arlington, and is known here as ‘Captain of the Vibe’.

The space is expansive yet intimate. A modernistic great room that twists and turns into smaller areas for dining and imbibing, it is reminiscent of the new wave of California chic dining spaces that focus on natural and personal elements. Walls of black-and-white photos tell of the group’s family and friends and found antiques cozy up to the contemporary candle-lit space.

Three separate bars line the perimeter – – one for drinks and signature cocktails; another with a pick-up area for take away lunch service that morphs into a cheese/charcuterie and raw seafood bar at night; and lastly, a four-stool stainless steel kitchen counter that overlooks the chefs at work. With 140 seats inside and seating for 100 outside on the patio, SER looks to position itself as a lively destination.

We started our evening’s journey at the drinks bar with a Manzanilla sherry cocktail they call ‘Mr. Marshall.’ No, it was not named after my grandfather, but the famous Virginia General, George C., architect of the Marshall Plan. Nonetheless it proved an auspicious welcome, as it was nicely paired with a few nibbles of Iberican ham, pan Catalana (a type of bruschetta) and an assortment of Habanico de Croquetas – – all typical of Spanish hors d’oeuvres.

At the raw bar we indulged in local oysters with green apple granite, octopus marinated with picadillo and a unique Spanish delicacy, steamed gooseneck percebes, which are tiny sea barnacles.

At the kitchen bar we watched as Josu wowed us with a Basque dish called kokotxas – – an ethereal preparation of cod cheeks poached in emulsified olive oil, garlic and wine, and dotted with green peas. Continuing the evening’s odyssey we entered the kitchen through homey flowered chintz curtains (one of Christiana’s charming design touches) to find the chefs preparing paella negra, the delectable squid and rice dish that incorporates the squid’s ‘ink’.

For the grande bouffe we lingered at a gold leather banquette and Josu brought out the cochinello, a whole roast pig that he adeptly carved in the Spanish tradition – – with a plate, I might add!

Dessert, a pineapple crujiete with saffron, a custard-filled tart with micro-slices of pineapple, and an addictive Asturian rice pudding floated to the table, as we demurred a suggestion to engage in Spain’s tradition of an after dinner ‘Gin Tonic.’

SER is undoubtedly one of the loveliest and most relaxed spots to enjoy a meal, drinks with friends, or just a quick nosh. And if I handed out stars (don’t get me ‘star’-ted!), they would own a galaxy!

The Iberian Festival, now on at the Kennedy Center, will be offering culinary and literature programs through March 24th.  Iberian Suite: global arts remix celebrates the many cultures that comprise the Portuguese-and Spanish-speaking people and their worldwide impact. 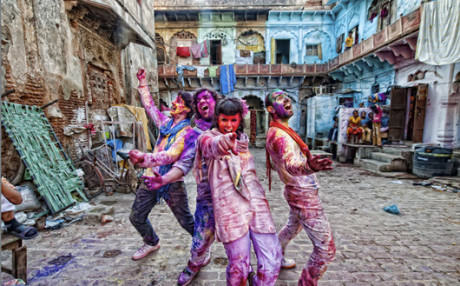 The culinary portion of the festival offers a variety of ways to engage, and thankfully, to taste an array of the regions’ culinary offerings at special dining events with acclaimed chefs at outside venues. 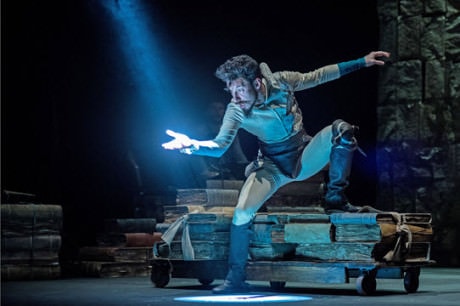 In addition, a three-day (March 14-16) literature series will be moderated by Marie Arana (novelist, biographer, Writer-at-Large for the Washington Post, and Senior Advisor to the U.S. Librarian of Congress) and offers an array of literary voices, reaching from Spain and Portugal to Latin America, as well as Africa and the Caribbean. A number of novelists, playwrights, poets, essayists, and translators will gather to celebrate the legacies of this worldwide culture. 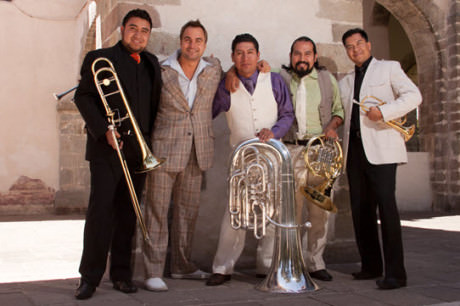