Riverside Center Dinner Theater presents 9 to 5: The Musical, based on the popular 1980 20th Century Fox movie, with Music and Lyrics by Dolly Parton and Book by Patricia Resnick. Patti D’Beck directs and choreographs this production, with music direction by Jason J. Micheal.

Scenic Designer Brian Barker sets the stage as a grand-scale office bullpen, with paneled walls and rows of plain, identical desks. The overall tone is a drab one, so as to highlight the monotonous working environment. The office space rotates to reveal the lavishly-decorated boss’ office (an elaborate portrait of him above the doorway is a nice touch), in stark contrast to the hopeless setting of his workers. Large set pieces are also rolled on and offstage, my favorite being a living room that showcased some truly awful 70’s era wallpaper.

Lighting Designer Nicky Mahon follows the characters with spotlighting; a staple used at Riverside that is always a nice touch. Gaye Law brings the late 70’s back with her costumes– bold, lurid prints, big hair, and dated accessories (I saw a Walkman or two) are fun to see onstage. I particularly enjoyed an introductory video featuring Dolly Parton, which was introduced to the show in 2010 and kicked it up a notch!

When docile, sweet Judy Bernly’s (Alicia Osborn) husband leaves her for a much-younger women, she finds herself thrust back into the work-force at Consolidated, where her senior supervisor Violet Newstead (Andrea Detar) immediately notices her rusty skills. Violet knows the difficulty of a single woman supporting herself, and takes Judy under her wing. The workplace is an unfair one where sexism reigns supreme, and their frustration is shown in the famous opening song, “9 to 5.”Meanwhile, their chauvinistic boss, Franklin Hart Jr., (Thomas Adrian Simpson) is bound-and-determined to seduce his uninterested secretary Doralee Rhodes (Victoria Guiteras Mayo), in his song, “Here For You.” Doralee is a fun, friendly woman who is snubbed by the other women because of her glamorous looks and sordid rumors. Doralee proudly defends herself  with the number, “Backwoods Barbie,” and finally gains respect from Violet and Judy. When Violet’s expected and earned promotion instead goes to an undeserving man, her anger boils over into a ridiculous situation that quickly snowballs into chaos. Together, the three women are caught in an adventure full of scandal, schemes, and blackmail. The hole that they find themselves in is a deep one…but will their new friendship be able to lift them up?

I’ve come to expect Broadway-quality performances when I visit Riverside Center Dinner Theater, and 9 to 5  did not disappoint. The performances were amazing and the vocals proved as stellar as ever.

TV, film, and stage star Sally Struthers is a big draw for this show– starring as Roz Keith, a supervisor who is madly in love with Mr. Hart. She is a nice foil to the other women while delivering some great physical comedy. Her song “Heart to Hart”was a clear audience favorite.

I also loved the powerful number “Get Out and Stay Out” sung by Osborn, which showed how her meek character grew into an empowered, independent woman. Group choreography is well done, particularly in the energetic number “Change It.” The large ensemble works well together, and the dances were seamless, inspired by different styles such as country line dancing in “Cowgirl’s Revenge,” and slow, sultry pairings in “Dance of Death.”

Riverside Center Dinner Theater’s production of 9 to 5 The Musical does something rare by combining two incredibly different theatrical elements: a slapstick, somewhat outrageous comedy, as well as a thought-provoking commentary. The production takes a deep society issue and interprets it in a fun, cheeky way, supported by great music, solid direction, and fun performances. A great time overall!

Running Time: Two and a half hours, including one 15-minute intermission. 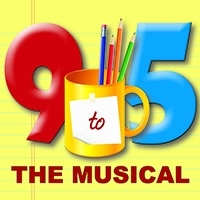