DC based musician Jack Gregori is a self-described “singer-songwriter, guitar picker, and the creator of Human Country Jukebox” whose music focuses on “rabble-rousing outlaw country bands from the good old days in the deep South.” Gregori recently appeared on this season of NBC’s The Voice and was picked by Maroon 5’s Adam Levine to be on his team. Gregori, a lawyer by trade, has always had a passion for music. After the recession impacted his clientele, he decided to make music the primary focus of his career. He can be seen playing at local venues such as Madam’s Organ and many others.

Hall: How did you get selected for The Voice?

Gregori: I got an email out of the blue asking me if I wanted to audition. My friend Dave Ensor (proprietor of Gypsy Sally’s in Georgetown) recommended me to them and it took off from there. I don’t think I had formally auditioned for anything since high school, so the process was definitely a bit of a departure for me.

Being on The Voice was first and foremost an extremely positive experience for me. From the top down, the coaches, producers, band, contestants, and production staff were extremely friendly, professional, and talented. I can honestly say that the show did everything possible to put the contestants in the best position to succeed, and being surrounded by extraordinary singers and musicians was such a unique opportunity. I feel overwhelmingly lucky to have been able to participate.

Do you have any behind the scenes stories you can share with us?

One of my favorite things that happened behind the scenes was being a part of the camaraderie that developed amongst the performers: jam sessions, illicit hotel porch BBQing, and befriending people as diverse as a 20 year old hillbilly from West Virginia and a 53 year-old singing chef. The entire atmosphere behind the scenes amongst the contestants is one of cooperation and positivity, and that’s what music is all about.

When did you first get the ‘music buzz?’

I was interested in music for as long as I can remember. I couldn’t get enough of the Blues Brothers, and I was constantly playing records and tapes, Beatles, Stones, Billy Joel, Muddy Waters, Howlin’ Wolf. I started playing saxophone as a kid, moved on to the piano, and then finally got a guitar when I was around 15. I think I kind of had the buzz since I’ve been breathing.

I’m pretty old at this point, so I’ll spare you the details about every terrible garage band and talent show that I performed in growing up. But one of the things I love so much about music though is the journey itself, the constant discovery and re-discovery of different artists and different styles, and incorporating all of those things to shape your path. Looking back and seeing the connections and pathways between all the music that I’ve enjoyed listening to and playing is fun.

The story of how I became interested in country music is one of my favorite examples of these bridges that can change the course of your journey. I was playing blues mostly, and of course some classic rock (Creedence was a favorite), but I was feeling a little boxed in and I wanted to spread out. When I was a kid sometimes on Sunday or off-hours the TV would play random songs, and I remember B.B. King performing “Night Life” came on. The songwriter was listed as Willie Nelson. I remember talking to my friend about it and we concluded that there was no possible way the songwriter could be the country singer Willie Nelson, because country was highly uncool at that point and we couldn’t believe that B.B. King would be involved with anything like that.

Of course we had no idea what we were talking about, and years later I went to the record store, randomly picked up a Willie CD and realized that he was, in fact, the songwriter. Then I figured that since B.B. King thought enough of Willie to record one of his songs, I probably should give him a chance. I still have the CD I bought, Willie Nelson Super Hits. One of the tracks on that album is “Pancho & Lefty.” I’ll never forget the first time I heard Merle Haggard sing that single verse on that track, and that really opened up an entire genre for me, one that I’m still exploring decades later.

Part of the reason I was drawn to country music is the focus on songwriting, and what it taught me is that a well-crafted song allows for so much expression and individuality. Waylon Jennings, Willie, Roger Miller, Janis Joplin and countless others can perform a Kris Kristofferson song and every artist can put their own individual stamp on it. It keeps the songs fresh and interesting, and if you decide you want to cover the song, you can make it your own just as others did before.

Are there any young musicians today who remind you of yourself and have your style of music and performing?

I don’t know if they are much younger than me, but some of the artists that I have been listening to lately are Sturgill Simpson and Corb Lund. Both are great songwriters and performers, and I think they’ve been really successful with stretching out and reaching people that are looking for insightful lyrics and craftsmanship. I also really like the Quebe Sisters lately, three fiddles and amazing vocal harmonies playing Western Swing music. Great stuff.

What do you like about being a musician who performs in the DC area? How would you describe the DC music scene? What music venues are your favorite in the DC area?

I love performing in DC. The scene here is very cooperative, and it’s small enough that most musicians are accessible to each other. There are some really innovative things going on in the scene, like the Do It Together house concert movement, or Flashband shows, both of which I’ve been a part of. Both of those things are making it much easier for people to connect and to perform, which helps the entire scene grow.

Another great thing about DC are the funky venues we have. We play every Wednesday at Madam’s Organ, which is really one of the few places in the city where you can hear live music every night of the week. I wish there were more spots that you can walk up to without knowing who’s playing, hear the band from outside, and wander in if you like what’s going on. Another spot I love is Haydee’s in Mt. Pleasant, which has a great vibe. Gypsy Sally’s is another great DC venue, beautiful sound and atmosphere. Then of course 9:30 Club, which is iconic for good reason. Hill Country Barbecue has great bands too, that’s another one of my favorites spots to play and listen. There are great places in town if you know where to look for them. I know I’m leaving a bunch out, but everyone should immediately explore the city and find them.

What are your favorite highlights of your career so far?

For me, recording and releasing an album of original material was a big step. Putting yourself out there for everyone to see is a really tough thing to do. Being a musician requires subjecting yourself to quite a bit of judgment, and it can get tiresome. Every time you get up on stage, every time someone listens to one of your songs, there is inherent criticism. It’s the nature of performing and being creative, but producing the original material was outside my comfort zone and that makes it a highlight for me.

Performing on The Voice was much the same; it required me to challenge myself and submit to large scale scrutiny, this time with potentially 15 million people watching. Those types of challenges are highlights for me because those are the things that make you a better artist and a better person to some extent.

This is probably a good spot to shamelessly promote my album: 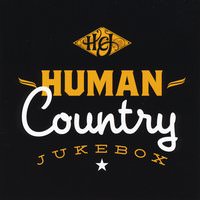 Anything else you would like to do in your career that you have not done so far?

I want to do (almost) everything else that I haven’t done! Mostly though I want to be able to experience my music career (and life in general) in a positive way that keeps things interesting and allows me to have new life experiences. Play at the Grand Ole Opry? Sure. Record a duet with Willie Nelson? Absolutely. Release more albums? Tour the world? Hell yeah.

What advice would you have for young musicians who are about to embark on musical careers?

It’s hard to give advice to other people in this respect because everyone’s journey is so different. I think the best advice that I could give to someone is this: if you love music and want to perform and create, you have to consciously make it a priority. I learned that the hard way, when I thought music was just a hobby. Life can get you into situations where your passions become marginalized and stop being an important part of who you are. I think the lesson I learned is that if you don’t make time for the things you love to do, other things that you don’t love to do will take up that space very quickly.

What local DC musicians should we be checking out besides you of course!

There are so many. Tom McBride, The Highballers, Justin Jones, Jonny Grave, Turtle Recall, Stranger in the Alps, I could go on for a long while. All of the artists I just named have completely different styles, and that diversity is one of the reasons why the scene here is exciting.

Working with Adam was great. He is extremely energetic and his enthusiasm for music is infectious. I’m very grateful to him for giving me the opportunity to take another step in my music career.

Jack Gregori’s  Blind Audition on The Voice “Ring of Fire”:

Jack Gregori with Human Country Jukebox “Take Me Back to Tulsa”:

Jack Gregori’s interview on The Voice: