The Mystery of Love & Sex

The return of Dempsey and Rowe’s The Fix

Managing Director Maggie Boland added “This lineup showcases artists new to the Signature family alongside those who have been essential to the Theatre’s success throughout our history, and offers Washington’s audiences the opportunity to experience an extraordinary range of experiences and voices. With our trademark mix of new and classic, invention and re-invention — it’s a thrill to announce a season with so much variety.”

The 2015/16 season kicks off with an all-new production of The Fix (August 11 – September 20); the inside-Washington musical satire by John Dempsey and Dana Rowe will be directed by Eric Schaeffer (Broadway’s Gigi, Follies and Million Dollar Quartet). Heralded as a “gleefully wicked musical comedy” by the Associated Press, Signature Theatre welcomes back the show that received its U.S. premiere at the Theatre in 1998, cementing a long-standing relationship with Dempsey and Rowe that has also included the American premiere of The Witches of Eastwick and the world premiere of Brother Russia.

In October, Eric Schaeffer will direct Girlstar (October 13 – November 15). Donna Migliaccio(Signature’s Sunday in the Park with George) stars as a record producer in search of her next big hit in this musical fairytale set to an electrifying pop score by Anton Dudley and Brian Feinstein(Crowned).

In the spring, Signature will continue to present exciting female voices with the DC area premieres of two plays. Annie Baker’s Pulitzer Prize-winning play The Flick will get its DC area premiere directed by Joe Calarco (March 1 – April 17). The Flick follows the story of three minimum wage employees at a crumbling Massachusetts movie theatre and was called “the best argument anyone has yet made for the continued necessity, and profound uniqueness, of theater” by New York Magazine.

In April, playwright Bathsheba Doran (Signature’s Nest, Showtime’s Boardwalk Empire) will return to Signature with her latest play The Mystery of Love & Sex(April 5 – May 8). Currently receiving its premiere production at Lincoln Center, The Mystery of Love & Sex was heralded as “perfectly wonderful” and “among the season’s finest plays” by The New York Times. Doran’s play is an unexpected love story of evolving friendship, finding your own path and the value of family.

The 2015/16 season also affirms Signature’s passion to stage inventive new productions of classic musicals. Considered one of the greatest musicals of all time, West Side Story (December 8 – January 24), directed by Associate Artistic Director Matthew Gardiner, will feature a 17-piece orchestra and an inventive new staging in Signature Theatre’s intimate 300 seat MAX Theatre. Two star-crossed lovers find themselves wrenched between two rival gangs in New York City’s Upper West Side in this musical adaptation of Shakespeare’s Romeo and Juliet. Featuring an iconic score by Leonard Bernstein and Stephen Sondheim that includes “America,” “Maria,” “Somewhere” and “Tonight,” West Side Story will also mark the 25th production of a Stephen Sondheim musical in Signature Theatre’s history.

Signature will tackle its’ 26th Sondheim production with Road Show (February 9 – March 13) directed by Gary Griffin (Broadway’s Honeymoon in Vegas, Signature’s A Funny Thing Happened…). Stephen Sondheim and John Weidman’s musical, about the real-life Mizner brothers and their quest for the ever elusive American dream, was praised as “fierce, funny, lean and heartbreaking” by the Chicago Sun-Times when Griffin’s production premiered at Chicago Shakespeare Theater in 2014.

To end the season, Matthew Gardiner will direct the Tony Award®-winning musical La Cage aux Folles (May 31 – July 10). With a score by Jerry Herman (Hello, Dolly; Mame), featuring “I Am What I Am” and “The Best of Times,” and a book by Harvey Fierstein (Newsies, Kinky Boots), this musical comedy about identity will star Signature Theatre favorite Bobby Smith (Signature’s Simply Sondheim, Spin) as Albin, the lead drag performer at The Saint-Tropez Night Club on the French Riviera. Albin and Georges face a test when their son announces his engagement to the daughter of ultra-conservative political parents.

Signature offers flexible subscription options for the 2015/16 season. Subscription packages are now on sale. Custom packages can be created for 3-, 4-, 5-, 6-, 7- or the full 8-show season.

Package prices begin at $187. Benefits of subscribing include first choice of seats, savings over individual ticket prices, fee-waived ticket exchanges and discounts on extra tickets. Season subscriptions are now on sale by calling Signature’s Box Office at 703 820 9771 or by visiting www.signature-theatre.org. Subscribers may add the SHEN Cabaret Series and Sizzlin’ SummerAll-Access Pass to their subscription orders.

Single tickets for the entire season will go on sale early July, 2014 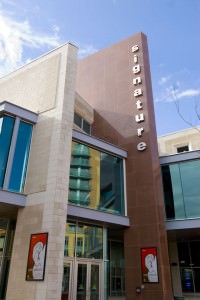 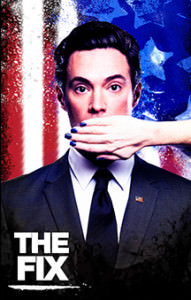 When a popular presidential candidate dies in his mistress’s arms, his ambitious wife, Violet, immediately declares that if she can’t be the wife of the president, then she’ll be the mother of the president – and thrusts their lackluster son Cal into the spotlight in Dempsey and Rowe’s outrageous musical comedy The Fix. With the help of her strategic brother-in-law, Violet transforms her son into the perfect citizen and ideal politician. Together, they create one of the most dysfunctional, yet brutally entertaining, almost-first families.

With a rock-laced, eclectic score and scandalous lyrics, the team behind The Witches of Eastwick and Brother Russiaskewers the American bureaucratic machine. It’s The Manchurian Candidate meets Caligula, with a voice uniquely its own; The Fix is a darkly brilliant, over-the-top, audaciously fun ride through the shenanigans of political elections. 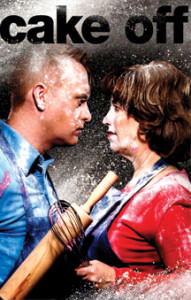 Based on the original play by Sheri Wilner

It’s the 48th Annual Twillsbury Bake-Off. The legendary jackpot: one million dollars for the best homemade sugary delight. After a chilly pre-heating, hardy contestants Paul and Rita don their aprons, strap on their oven mitts and square off. Armed with whisks, bowls, knives and eggs, the two engage in an increasingly ludicrous all-out brawl – and only one can remain standing when the timer dings.

Ferociously funny, there’s nothing sweet about this wild musical satire, presented as part of the Women’s Voices Theater Festival. 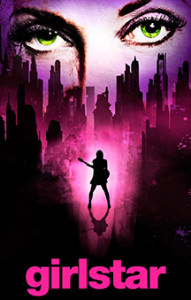 Legendary record producer Daniella Espere is searching for her next international sensation. She discovers it in her long-lost niece, Tina, who dreams of being a world-famous pop star. Despite warning signs that all may not be as it seems, the two eagerly forge a mother/daughter bond and Daniella transforms Tina’s image, voice and talent into star quality – but not by the usual means.

With an electrifying pop-laden score, Girlstar invites audiences of all ages to follow one girl’s breathtaking journey and asks, how far is too far to go to become a star? 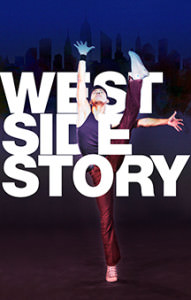 Based on a conception of Jerome Robbins

Based on Shakespeare’s Romeo and Juliet

Considered one of the greatest musicals of all time, West Side Story makes its triumphant Signature debut.

In the late 1950s two rival gangs struggle for control of their West Side New York City neighborhood. Amidst the chaos, star-crossed lovers find themselves wrenched between their worlds. Beautiful, passionate, with shades of violence and heartache, this innovative adaptation of Shakespeare’s Romeo and Juliet still dazzles after more than fifty years. 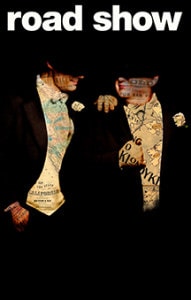 The third collaboration between Weidman and Sondheim (Assassins, Pacific Overtures), Road Show is a freewheeling musical travelogue of the optimism and opportunism of the early twentieth century through the eyes of two ambitious, eccentric, yet playfully charming brothers.

Based on the real-life Mizner siblings, Road Show follows the dreamer and the schemer’s quest for the ever elusive, shape-shifting American dream. From the Klondike gold rush to India, Hawaii, Guatemala, New York and finally the real-estate boon of Florida’s Boca Raton, the dazzling pace scours not only the map, but also forty years of boom-and-bust and brotherly love (or hate). 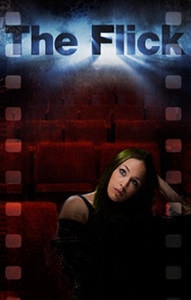 Set in the popcorn-strewn, empty aisles of a crumbling Massachusetts movie theater, this 2014 Pulitzer Prize winner exposes the surprising tenderness and comedy in the everyday.

Spilled soda on the floor. Leftover food wrappers stashed in the seats. Three minimum wage employees perform the humdrum labor necessary to keep one of the last 35 millimeter projectors running. Through seemingly small conversations about movie actors, broom techniques and weekend plans, the characters divulge heartbreak, hopes and a compelling story all their own.

With her finely-tuned comic eye, Annie Baker (Circle Mirror Transformation, The Aliens) brings a rich humanity to three people who desperately strive to connect, help each other move on and accept their place in the world.

The Mystery of Love & Sex 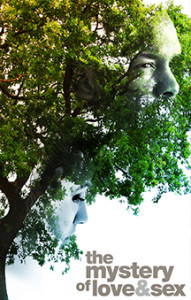 From the writer of HBO’s Boardwalk Empire and Showtime’s Masters of Sex comes an unexpected story of evolving friendship, finding your own path and the value of family.

Complete opposites, Charlotte and Jonny have been best friends since they were children. Now, as college students on the eve of graduation, they toy around with taking their friendship romantic. Or not. Why decide? After all, neither is sure they are even attracted to the other (or to anyone of the opposite sex). Meanwhile, Charlotte’s parents, an unlikely couple themselves, push the kids for a definition even while their own relationship founders. Gradually, secrets and truths emerge as playing grown-up turns into actually growing up.

Funny, insightful, with an intense and complex core, Bathsheba Doran’s (Nest) newest play brilliantly examines intimacy, identity and, of course, the many mysteries of love and sex. 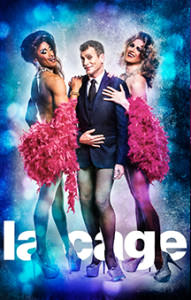 Based on the play La Cage aux Folles by Jean Poiret

The beloved gender-bending musical comedy and winner of six Tony Awards® including Best Musical closes out the Signature season with Bobby Smith.

The twenty year relationship between Georges, a club-owner, and Albin, the head drag performer, faces a test when their son announces his engagement to the daughter of ultra-conservative political parents. To please their son, Georges and Albin agree to hide their lifestyle and play it straight for a dinner with the potential in-laws. However, Albin’s different definition of “normal” threatens to upend the entire supper with hilarious results.

With an iconic score by Jerry Herman (Hello, Dolly; Mame) featuring “I Am What I Am” and “The Best of Times” and hilarious book by Harvey Fierstein (Newsies, Kinky Boots), La Cage Aux Folles is a fabulously fun musical about family, identity and loving who you are. 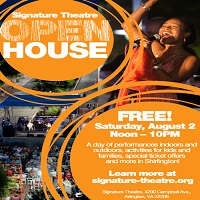 Signature opens our air-conditioned doors once more for the annual Sizzlin’ Summer Nights Series. With a different concert act each night, there’s always something to keep you entertained!

The captivating chanteuse Tracy Lynn Olivera returns to Signature following her sold out 2014 cabaret with a Halloween spooktacular. Featuring classics such as “Thriller” and “Science Fiction Double Feature” along with Tracy’s signature style and wit, it’s sure to be a howling good time!

Octave-shattering Nova Y. Payton, star of Dreamgirls and Hairspray, delivers a delightful evening full of her cherished holiday tunes. Some of her favorites include “This Christmas,” “Jingle Bell Rock,” “Santa Baby” and “I saw Mommy Kissing Santa Claus.” With Nova at the mic, this cabaret is the perfect holiday treat.

They were the coolest cats of all time. In the vein of the legendary crooners Frank Sinatra, Sammy Davis, Jr. and Dean Martin, three suave Signature gentlemen take the stage for a sophisticated evening of ballads, booze and banter. Featuring classic songs from the ‘50s and ‘60s such as “King of the Road,” “That’s Amore” and “I’ve Gotta Be Me.”

In a hilarious mix of improv and song, Signature’s funniest ladies and gents come together for a whirlwind expedition through the art of the joke. With humorous rewritings of classic songs, to comedy ditties, to some of contemporary musical theater’s whimsical gems, Signature has one goal for this cabaret – to make you laugh! 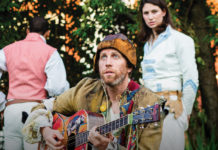