Tell us about yourself and your background.

I started working as an actor right out of college. My first job in the DC area was Orin The Dentist in Little Shop of Horrors at the former West End Dinner Theatre. Shortly after that I founded Landless Theatre Company with a group of like-minded artists who wanted to bring some fresh material – particularly offbeat musicals – to DC audiences. I have been LTC’s Producing Artistic Director for over 11 years now, and while my creative work is usually as book writer or playwright, I do venture into composition on occasion.  I was composer for our murderous mashup GLEEAM in collaboration with lyricist Randy Blair, which went on to a successful run at NY Fringe. I also composed the rock score for our recent Rock Bottom [A Rock Opus], a musical adaptation of Michael Shilling’s dark novel about a dysfunctional band. I once wrote a catchy little holiday ditty for Ningen Manga’s Helena Hussy of Horror web series.

You also play the role of Sweeney Todd. What is it like being the only actor-vocalist in the group of arrangers.

It’s pretty incredible to arrange the songs that you get to perform. Musical theatre actors rarely get to collaborate in the musical process that way, which is one major difference between theatre and rock music. Having that sort of input in my own music made it more personal, more connected. I generally took on songs for the team that we felt had to be actor-driven, and needed an actor or dramatist’s touch in arrangement.

Tell us about the arrangements you wrote for the show. Which was the most challenging? Which is your favorite?

Whether it’s my favorite arrangement or not, “Epiphany” is my favorite song in all of musical theatre, and a song that I felt was essentially already “prog metal” when we took on the project. It practically arranged itself. The metal orchestration just punctuates the intensity and madness.

Arranging “The Worst Pies In London” was challenging simply in the temptation to reinvent the song – but at the end of the day, Mrs. Lovett’s acting is the most important part and a metal orchestration can’t get in the way, so it’s a very straightforward arrangement. I was more experimental with “Wait,” which I discovered is really a prelude to “Epiphany.” There’s another character in the room with Sweeney and Mrs. Lovett, and that is Sweeney’s razor… it is always calling out to him. Throughout the score there is a theme that I think of as the voice of the razor (basically the Dies Irae “Swing Your Razor High” motif). We hear it faintly, as though calling in the distance, in “Barber and his Wife;” it grows seductively throughout “My Friends;” and, of course, in “Epiphany” it kicks into machine-like high gear as Sweeney makes his full transformation into psychotic killer. In my “Wait” arrangement, the razor’s theme is trance-like, and Mrs. Lovett’s vocal line is a delicate tug of war to coax Sweeney out of the razor’s spell. The instrumentation draws upon trance industrial music influences, and I toy with some of the barest instrumentation in our whole orchestration.

I definitely had the most fun arranging the music for Pirelli. We realize that many people don’t know or understand the semi-classical nuances of “prog metal,” and since Pirelli is all flamboyance and cheese, we decided to use him as vehicle for the stereotypical power metal sound. Those arrangements were greatly inspired by Judas Priest, Iron Maiden, and King Diamond. I was lucky to be able to tailor the part for a vocalist like Rob Bradley who can tackle that challenging technique and range.

Both the Director Melissa Baughman and Music Director Charles Johnson have been nominated for Helen Hayes awards for their work. How did they influence your arrangements?

Melissa and Charles have been driving artistic forces for Landless for so many years, I’m overjoyed to see them recognized for their work. Metal theatre is Melissa’s vision, and she is very specific about what she wants in every detail. I suspect a Broadway production would have been under pressure to make the show look and sound like a Metallica or Poison concert, but Melissa wants the metal to enhance and elevate the story, not create a gimmick. Charles is a master musician in any genre with great understanding and respect for Sondheim, particularly this score. That was crucial to our project since most of our arrangers did not come from a musical theatre background. I was surprised to find that more often than not, Charles would push us to be more inventive with the arrangements.

What was it like arranging Stephen Sondheim’s music, and knowing that he would hear it?

I probably should have been terrified, but we had a massive arranging task and a deadline quickly upon us. The great thing about Steve Sondheim’s feedback is that I never got the impression our hands were tied. He gave some general suggestions that we tried to incorporate, usually plot related, but by and large he gave us a lot of leeway to experiment with his baby. I hope he likes it enough to let the Prog Metal Version live on elsewhere after Landless. I think it’s a good sign that he recently gave the band DeVotchKa the OK to arrange a “Gypsy Punk” adaptation of Sweeney for Denver Center Theatre. He must not have hated this prog metal experiment.

Can you reveal what’s next for Landless? Is there another metal musical in the pipeline?

Well, we’re bringing Sweeney to Atlas this July for an extended run, and that is our major focus for 2015. With the success of Richard Campbell’s Frankenstein and Sweeney Todd Prog Metal Version, I think it’s clear that Landless needs to continue down the rock theatre rabbit hole. All I can reveal at this moment is that we ARE moving along in positive negotiations to transform another Broadway musical into a metal show. 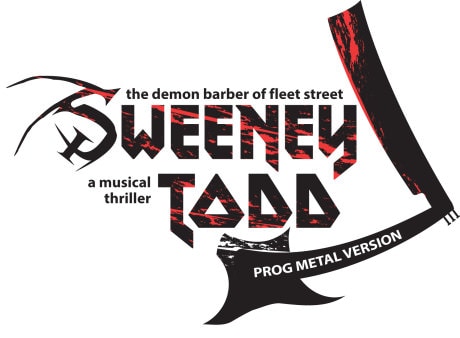 “What, Mr. Todd, What is that Sound?” Arranging The Prog Metal Version of Sweeney Todd, Part One: Andrew Siddle.